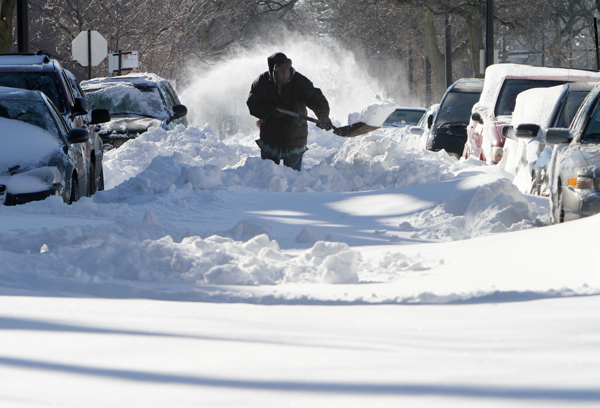 I have one word to describe how I feel right now: exhausted. For the third day in a row I spent most of my time outside going from point to point photographing various topics depicting the third largest snow storm on record in Chicago. I was shocked this morning to learn that one of my photos from last night, shown bellow was the most viewed photos on yahoo. I was also surprised when I saw streets that had neither been plowed nor driven on.