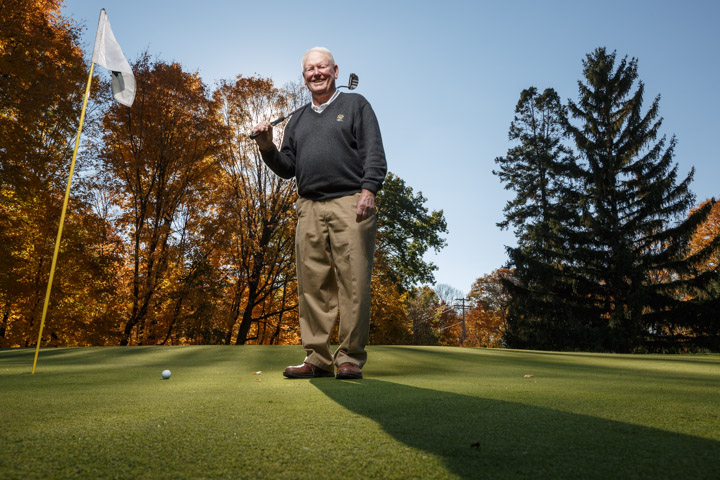 Madison Portrait Photographer: Dr. David U. Cookson’s service to the game of golf includes sitting on USGA committees for nearly 30 years and serving as a Rules official for 25 U.S. Opens. (USGA/John Gress)

I went to the Maple Bluff Country Club in Madison, Wisconsin a few weeks ago to shoot a portrait of Dr. David Cookson for the United States Golf Association. You can’t go wrong with afternoon light and fall color. 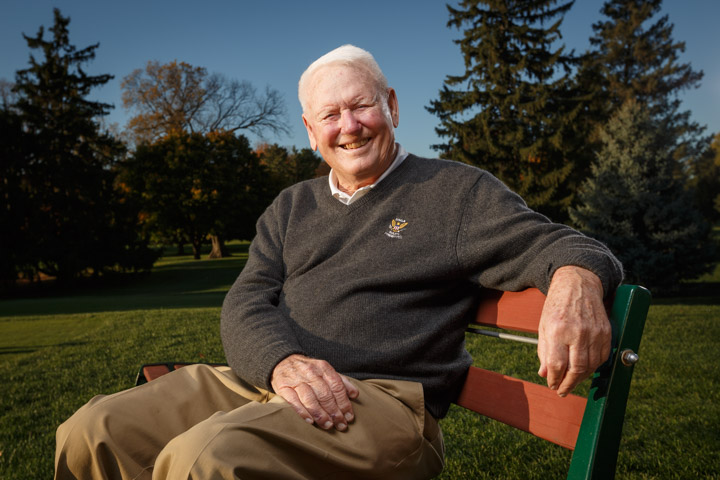 FAR HILLS, N.J.  The United States Golf Association today announced that Dr. David U. Cookson, of Madison, Wis., a passionate Rules official and dedicated golf ambassador for nearly 50 years, will be the recipient of the 2015 Joe Dey Award.

The USGA has presented the Joe Dey Award annually since 1996 in recognition of an individual’s meritorious service to the game as a volunteer. It is named for Joseph C. Dey Jr., who served as the USGA’s executive director from 1934 to 1969, before serving as the first commissioner of the PGA Tour.

Cooksonâ€™s achievements will be honored on Feb. 7, 2015, at the USGA’s Annual Meeting and Service Awards at the Waldorf Astoria Hotel in New York City.

“I am overwhelmed,” said Cookson. “Working with the USGA has been a great life experience, and I have built so many great relationships with players and leaders. It is an honor.”

Cookson, a doctor of internal medicine, has served as a Rules official for nearly 90 USGA championships, including 25 U.S. Opens, and numerous USGA qualifiers. A USGA committee member from 1983 to 2011, he served on the Regional Affairs, Nominating and Senior Amateur Championship committees during his tenure… Read More

Light meters: How flash meters can speed up your workflow and help you properly expose your images