I had an interesting time today visiting some unusual poling places in Chicago. It was fun having a front row seat to the political process, but boring waiting for voters to show up in this low turnout election. 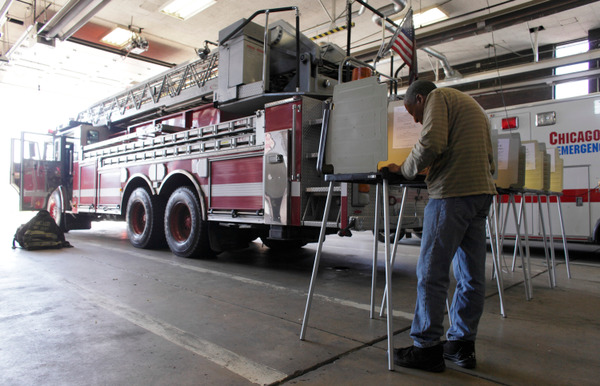 CHICAGO - MARCH 20: James Hanner votes at a Fire Station March 20, 2012 in Chicago, Illinois. Republican presidential candidates spent the week campaigning leading up to the state's primary elections, when 54 GOP delegates are up for grabs. With former Massachusetts Gov. Mitt Romney in the lead on delegates, fellow candidate, former Pennsylvania Sen. Rick Santorum continues to compete for the 1,444 necessary to secure the nomination before the last primary, in Utah on June 26. (Photo by John Gress/Getty Images) 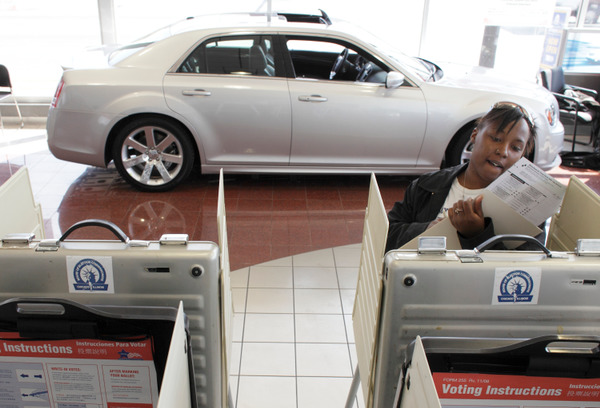 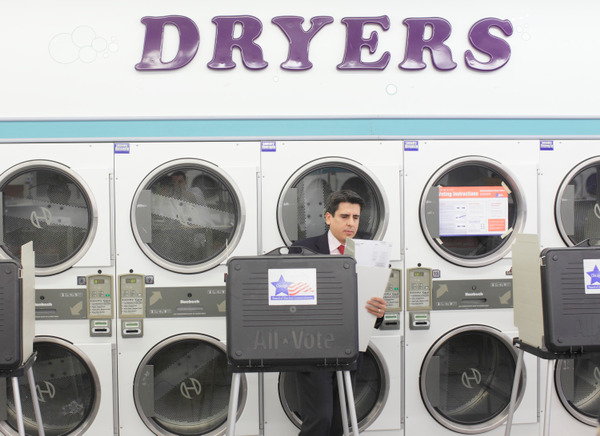 CHICAGO - MARCH 20: A voter prepares to cast his vote at a laundramat March 20, 2012 in Chicago, Illinois. (Photo by John Gress/Getty Images) 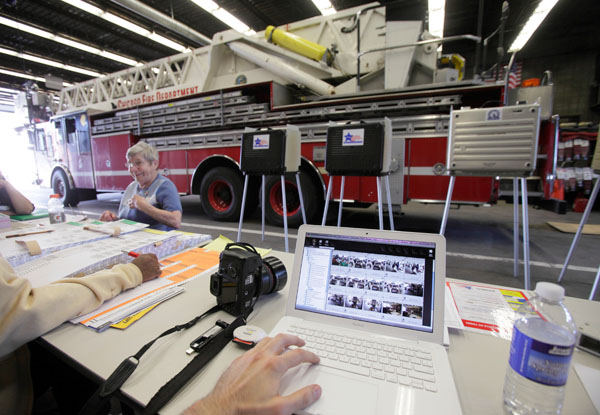 The poll workers were kind enough to let me set up my laptop on their table so I could send images to my client Getty Images while waiting for more voters to show up.