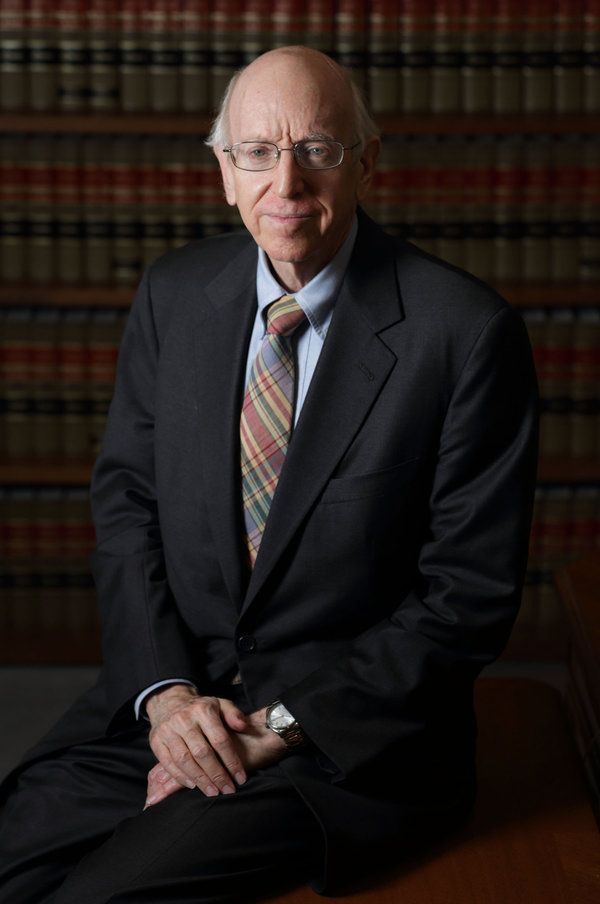 I decided to take a very simple approach to the above editorial portrait of Federal Judge Richard Posner. Using only one light and a 12″ x 18″ softbox, I photographed the 73-year-old jurist, hoping the resulting light would crate an image that looked similar to a painting. The only hick-up to the composition was that I had to chose a high angle to avoid reflections coming off the gold leaf on the book spines.

CHICAGO (Reuters) – The U.S. judge who tossed out one of the biggest court cases in Apple Inc’s (AAPL) smartphone technology battle is questioning whether patents should cover software or most other industries at all.

Richard Posner, a prolific jurist who sits on the 7th U.S. Circuit Court of Appeals in Chicago, told Reuters this week that the technology industry’s high profits and volatility made patent litigation attractive for companies looking to wound competitors.

“It’s a constant struggle for survival,” he said in his courthouse chambers, which have a sparkling view of Monroe Harbor on Lake Michigan. “As in any jungle, the animals will use all the means at their disposal, all their teeth and claws that are permitted by the ecosystem.” … Read More 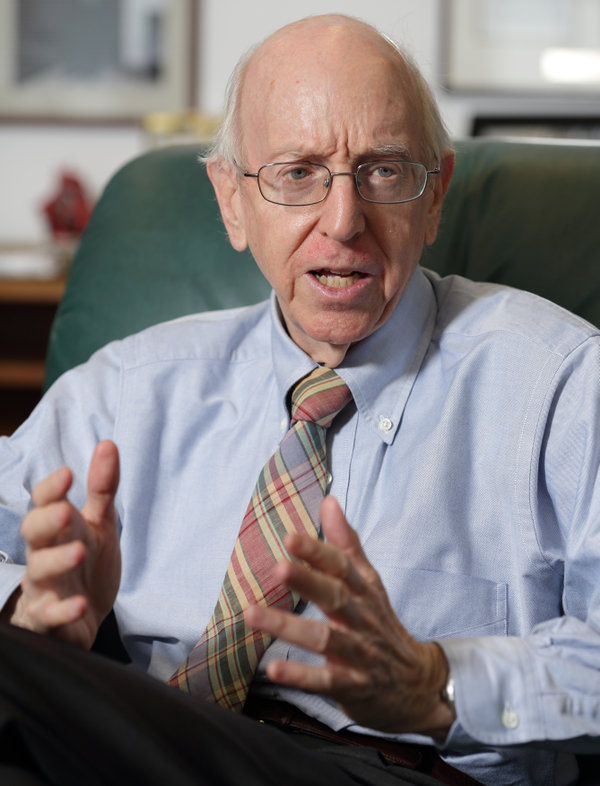 Federal Judge Richard Posner speaks during an interview in his Chambers in Chicago, July 2, 2012. REUTERS/John Gress 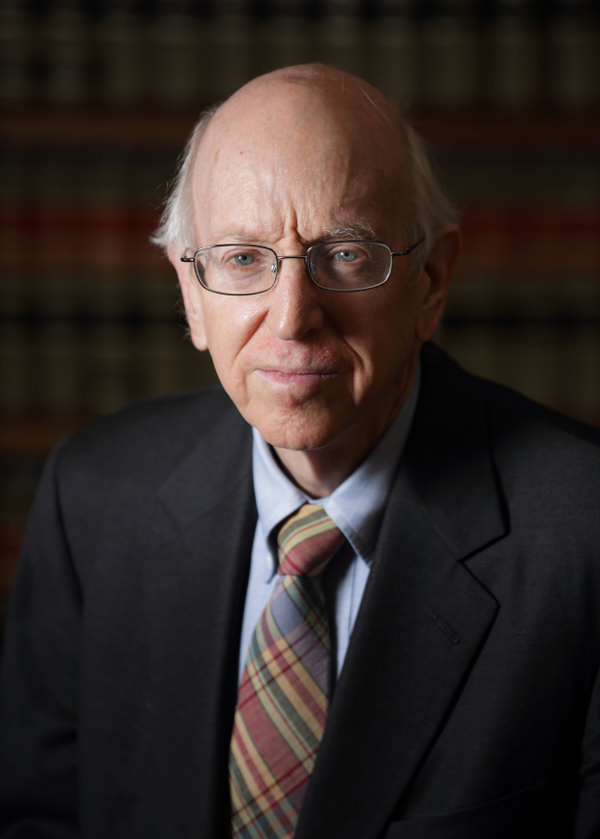