Chicago sports lifestyle photography for the Team To End AIDS 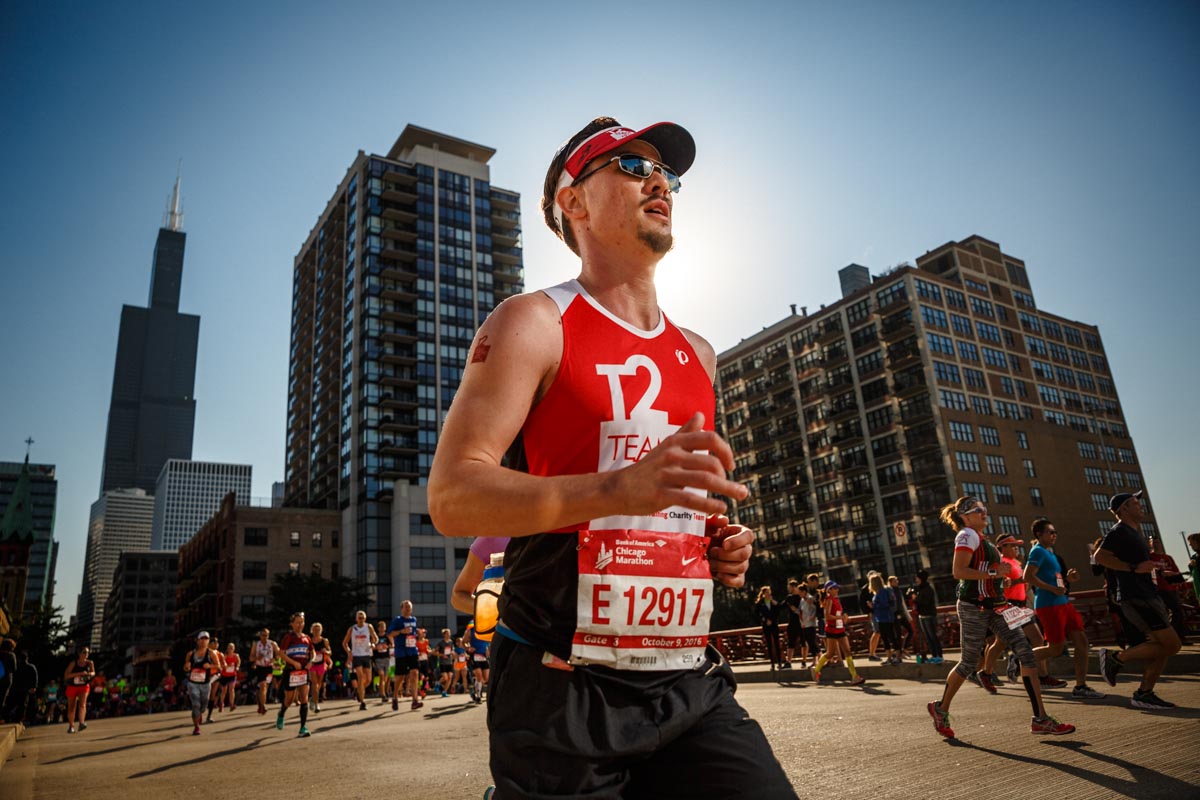 For the third year in a row the AIDS Foundation of Chicago’s Team To End AIDS (T2) hired me to photograph their major sports competitions. The resulting sports lifestyle photography has been used in their advertising and fund raising ad campaigns.

T2 has trained more than 6,000 athletes and raised in excess of $10 million benefiting AFC and HIV/AIDS-related community charities.

Unlike most advertising photoshoots where you can direct your subjects. I had do choose my composition and then wait for the athletes to arrive. Usually this would requite me to scan the horizon for the teams distinctive uniforms. Which at times felt like finding a needle in a hay stack, especially during the Chicago Marathon where there were fewer than 100 T2 athletes and over 40,000 competitors. One of my favorite thing to do during these early morning shoots is look for locations where the sun is reflecting off of two buildings as sen in the image above.

Founded in 1985 by community activists and physicians, the AIDS Foundation of Chicago is a local and national leader in the fight against HIV/AIDS. We collaborate with community organizations to develop and improve HIV/AIDS services; fund and coordinate prevention, care, and advocacy projects; and champion effective, compassionate HIV/AIDS policy.