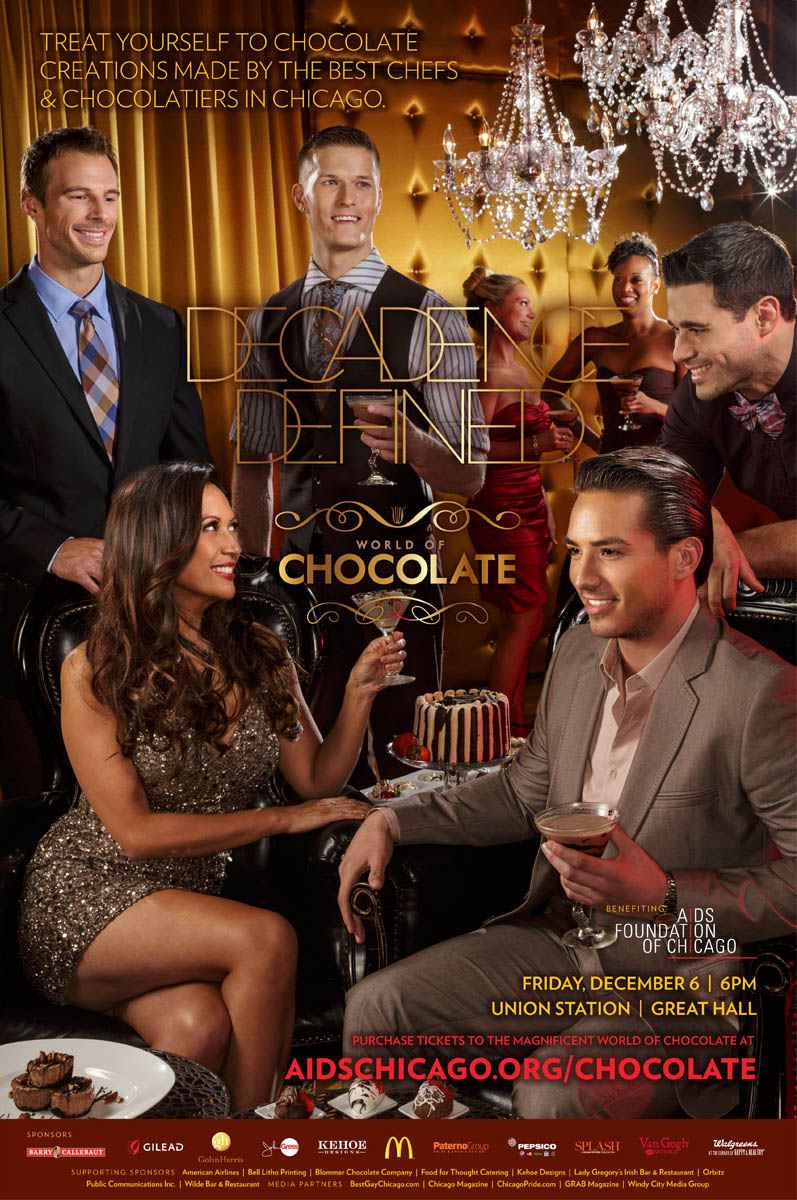 Chicago Nightlife Advertising Campaign Photographer: Three years ago I saw an underwear ad placed across the top of a blog where all the models were standing in front of a padded gold wall. At the time I was trying to come up with something dramatic for my living room so I thought to myself, “I could build that!” After three days of hard work, with the help of a few friends, we crafted the gold wall you see in the photo.

A few years later during a meeting with Rhett Lindsay, Jessica Syburg (both from the AIDS Foundation of Chicago) and graphic designer Dan Paterno, we started brain storming ideas for ads to promote AFC’s fund raising event World of Chocolate. Gold satin came up as a possible styling cue and before we knew it we were on our way to look at my living room.

AFC’s mission is to lead the fight against HIV/AIDS in Chicago and improve the lives of people affected by the epidemic.
World of Chocolate will transform the Great Hall at Union Station into a decadent adventure on December 6th, 2013. Featuring sweet and savory chocolate creations made by chefs, chocolatiers and caterers from all over the city of Chicago.

Most of my lighting set-ups lately have been based on simulating window light. For this shot I loved using 7 lights to create a dramatic club scene, with each light set up strategically to hit at least two of the models. With some lights striking a models face while striking another models hair.

The Gentlemen on the right in the finished image are illuminated by the 75cm Plume softbox on the left and the same light is also striking the hair of the woman seated at left. The Beauty Dish on the right is illuminating the faces of the three models on the left and giving just a little hair light to the male models on the right. There is another light with a 7” reflector and a red gel near the beauty dish, not show in in the BTS, which is adding the red light to the seated model on the right’s hair and clothing. Going back into the scene, a Chimera Lighting medium stripbox is illuminating the women in the back, and a light with a 7” reflector is shooting back into the scene, edging out most of the models. Coming through the curtain is light from a Profoto Magnum which is edging out the right sides of the standing models on the left. And finally the whole scene is filled with a ring flash mounted to the camera.

The result is a dynamic and dramatic photo that seems almost surreal as every model is crisp and softly wrapped in layers of light.

In order to hold the camera completely still in case we needed to combine two images together, I rigged up the camera in this contraption over a bar, which can’t be moved. 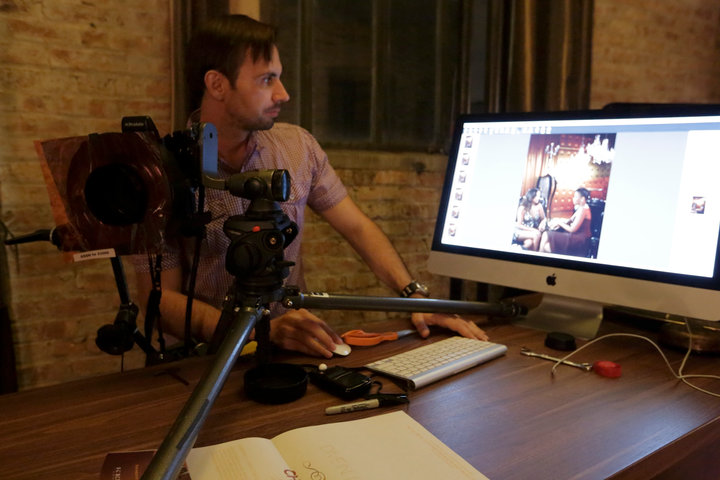 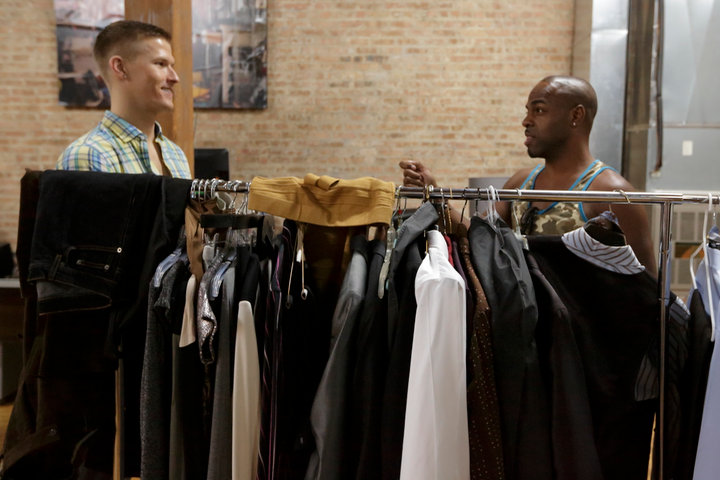 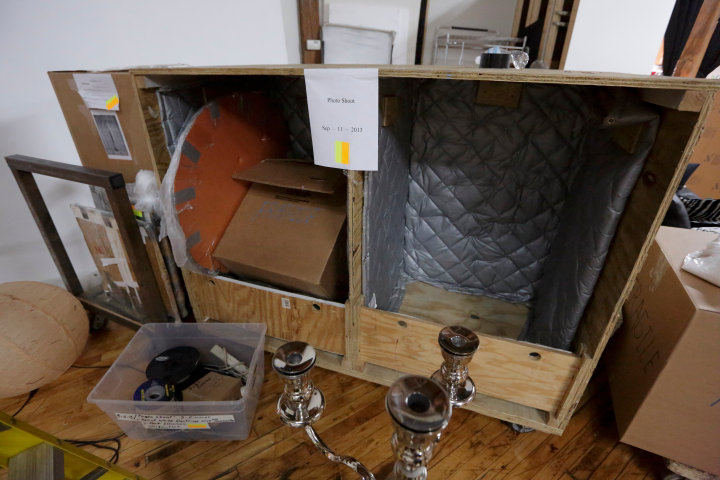 Kehoe Designs was kind enough to deliver a truck load of props for the shoot.

Thanks to the great work of Make-up artist Dierdra Carney and hair stylist Aquiles Molina, the models all looked stunning in the finished ad was that was released last night at the launch event for WOC’s top fundraisers.