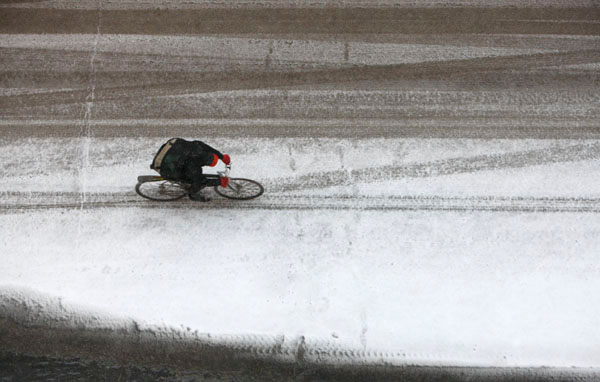 I went out today and took photos of Chicagoans weathering the beginning of what could be one of the top five worst winter storms on record to hit Chicago. Over 50cm (20 inches) of snow could fall by the end of the storm. 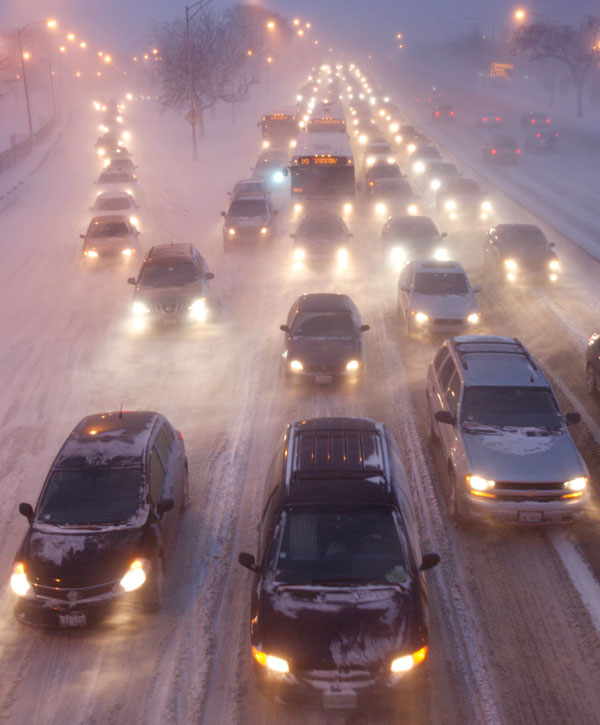 Rush hour traffic crawls as blowing snow batters Lake Shore Drive in Chicago February 1, 2011. A colossal winter storm stretching from New Mexico to Maine hit the middle of the United States on Tuesday with blizzards and freezing rain, and experts said the worst is still to come as it moves northeast. REUTERS/John Gress (UNITED STATES) 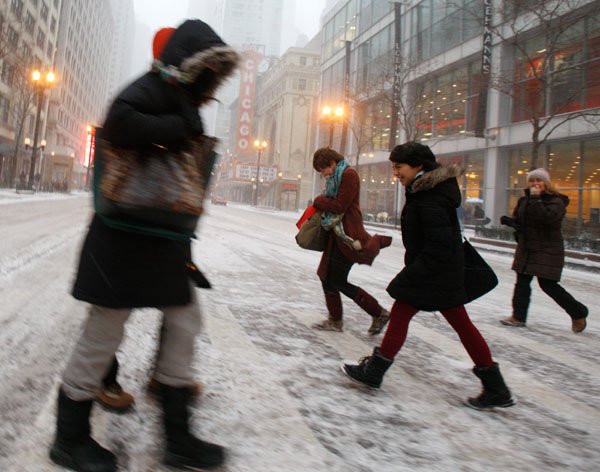 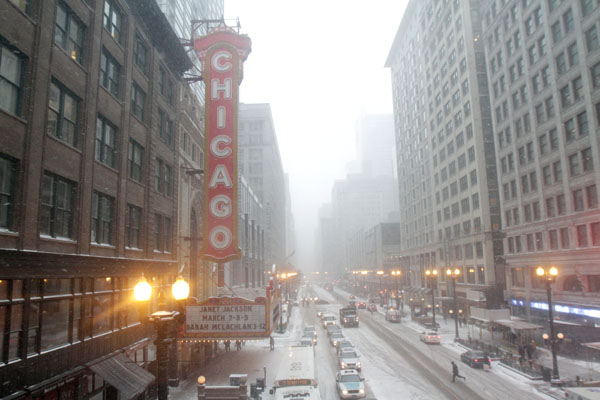