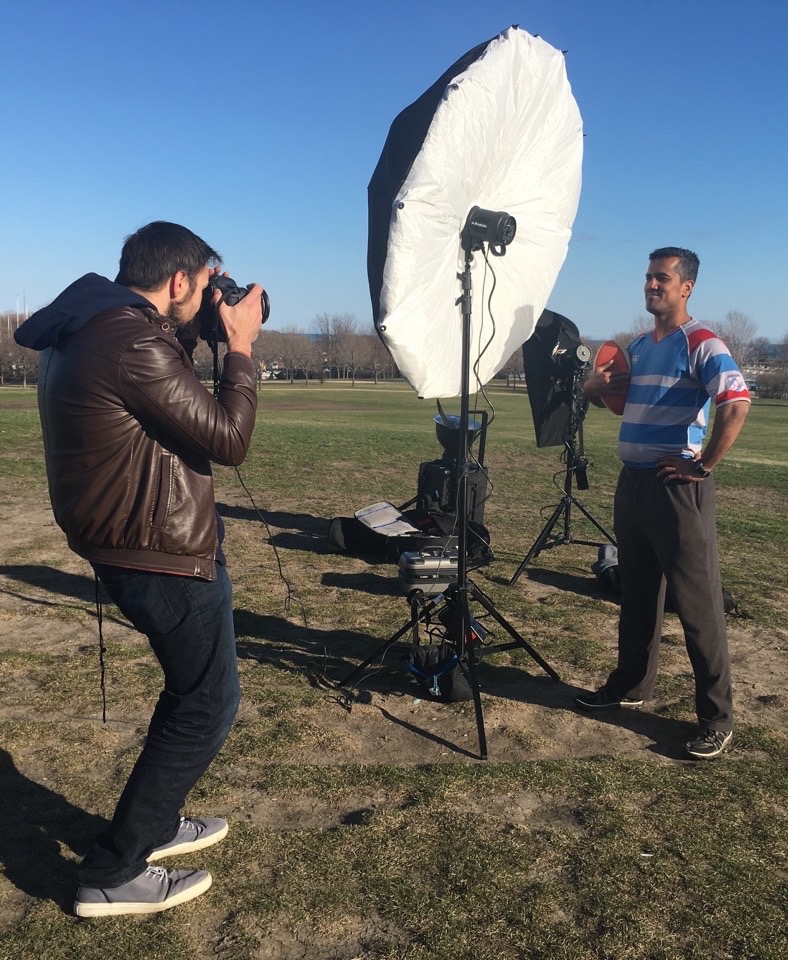 When I received my first Photek Softlighter II Umbrella

for Christmas in 2015, it quickly became one of my most treasured tools. I first became aware of this miraculous modifier when I discovered my favorite photographer, Art Streiber‘s work on Instagram and I noticed him using a ten sided umbrella while shooting Placido Domingo for Vanity Fair. I loved the way it looked and rather than just asking him in a comment what he was using, I went on a day long journey of B&H, Adorama and Amazon’s website looking at every expensive option possible, until I gave up and googled 10 sided umbrella or something. A few clicks later, I found it and I never looked back!

Placido Domingo Part 2… When a c-stand won’t fit where you need it to fit @jtergo is the next best thing. In fact, @jtergo is always better than a c-stand. He is a multi mombo combo. Thanks, JT.

The result… A portrait of Placido Domingo studying sheet music in the basement dressing room of the Dorothy Chandler Pavilion…one of seven set ups we did in two hours with El Maestro. A post shared by Art Streiber (@aspictures) on Dec 2, 2015 at 9:24pm PST

It slices it dices, it makes you coffee, it….. well you get the picture. It comes with a removeable shaft and a unique diffuser that creates ultra soft light that you can place just out of frame and then make beautiful portraits. 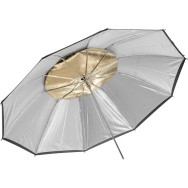 . When looking back at pictures it’s hard for me to tell which one I am using in each shot, but sometimes I can remember or tell from the behind the scenes. When I am using it for a fill or on one person, often times I will just use the 46. I also I like having both sizes because sometimes the 60″ is just too big. They also make a 36″ ($70), but I have never used one. I once ordered two, but when they came they were missing the gold and silver disc’s you can insert into the back of the umbrellas, so I sent them back. The 60″ does not come with discs.

The umbrellas are great, just make sure your modeling light is all the way inside the diffusion sock. One of mine started to catch fire after it slipped down and came in contact with the front of my Profoto D1 Air 500 Monolight which was quite hot thanks to the 300-watt modeling light. It was fairly embarrassing since I had to stop shooting in order to leap into action and give the diffusion cover a drink of water. Now it looks like its singed around the opening and I haven’t gotten around to replacing the $50 cover.

I lit the image below with a 60″ Photek Softlighter II Umbrella and a Profoto RFi 36-Inch Octabox. 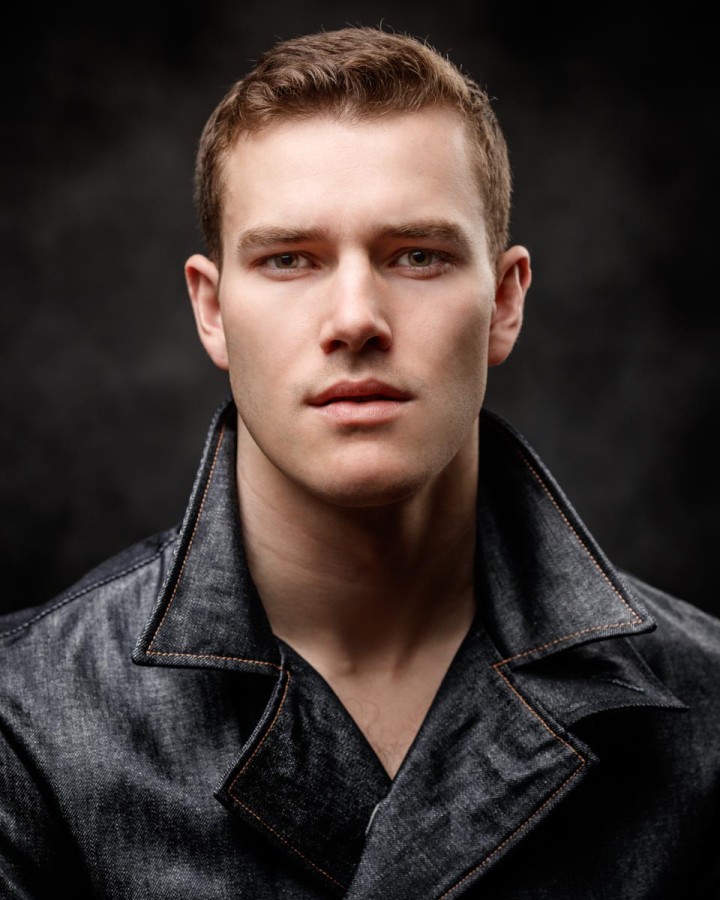 If I am not using it as my main light then I am almost always using it as a fill and some times I use it as an edge light. In the images below most of my exposure is coming from the Photek Softlighter II Umbrella, but then I gave it a little punch with a 20-degree drid and a 7″ reflector aimed at the models face.

To me, photography is all about growth an exploration. Just when I think I have got it all figured out something new comes along and its time to grow and take a path you never knew existed. The Photek Softlighter II Umbrella is a perfect tool for today’s photographic style and given its versatility, it’s something you’ll be able to use, at least on a secondary light source, until the wind blows it inside out. That’s why I suggest it to every aspiring photographer I meet. A few months after I got it, I realized that I rarely touched my $400 Profoto RFi 5′ Octabox. It’s that good. 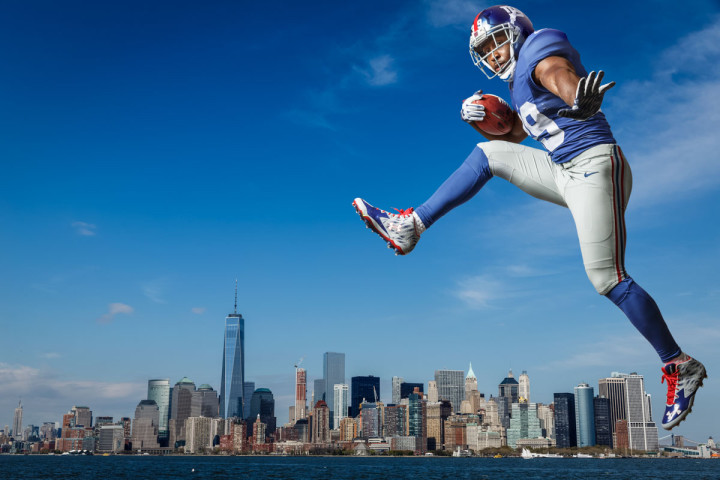 There are two different shaft sizes available. The 8mm shaft fits into the D1’s and it’s a very tight, yet functional, fit in the pro heads. I haven’t used the 7mm before, but I like the fact that the 8mm is a tight when used with the pro heads, because it’s too lose on the D1s and tends to slip in and out depending on placement angle or the wind speed. I used the 8mm on the Acute heads too, but it wasn’t as tight as the pro heads, however, I dont remember if it was as loose as the D1 heads. 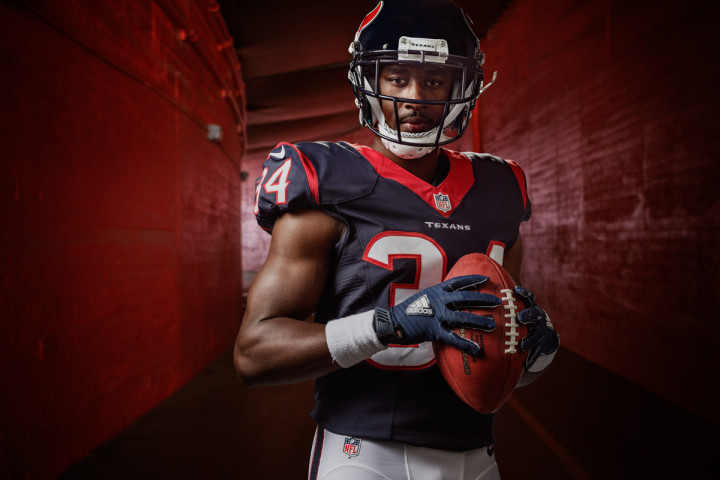 I’ve also used two of them in a clam shell configuration to create alluring portraits. I used the 46″ version of the umbrella below with the gold disc inserted and a 60″ above, producing a warm glowing angelic light. 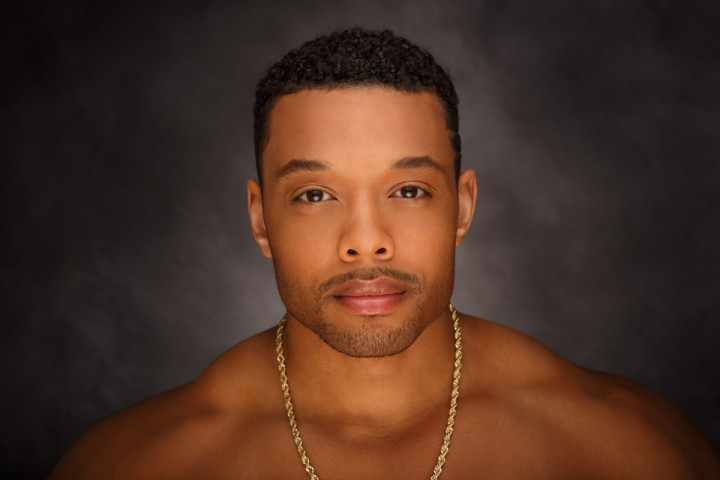 The first time I used the Photek Softlighter II Umbrella was for the portrait of Realtor Keith Goad below. Not only is the light really soft it also makes people look more matte which helps people who aren’t wearing make up look less shiny. 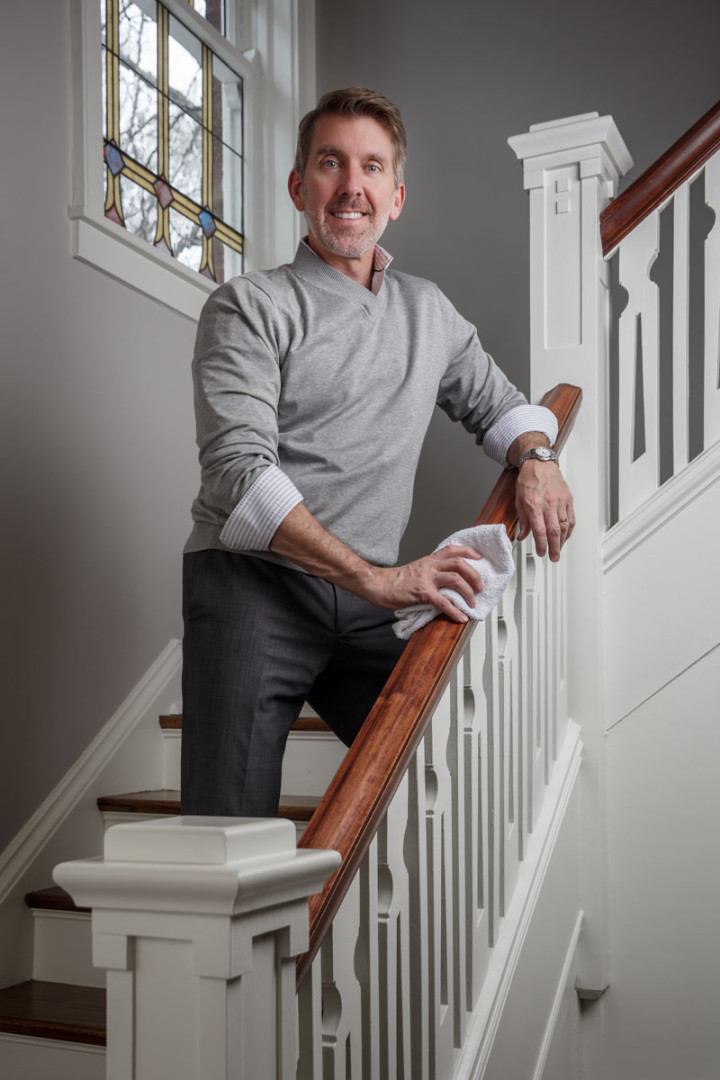 There was barely enough room in the stairwell to deploy the 46″ and the 60″ would have been out of the question.

I was so excited today because I got to use my new $85 #Photek #Softlighter II while shooting an #advertising #portrait for a #ChicagoRealtor. I love the quality of light it produces and most of the time I’ll chose it over my $600 ‘5 #profotooctabox! Thanks for the great #ChristmasGift @marcusmatteo! #profotoglobal #profoto #photeksoftlighter #Behindthescenes #Setlife #Softlighterii #JohnGressMedia #commercialphotography #commercialphotographer #advertisingphotographer #advertisinghotography #portraitphotography

The Photek Softlighter II also looks great outdoors and one of my favorite ways to use it is to have the subject stand with their back to the sun and then allow the umbrella to illuminate their face.

The light from the Softlighter is so natural looking that I love using it for lifestyle photos like the magazine cover photoshoot below. 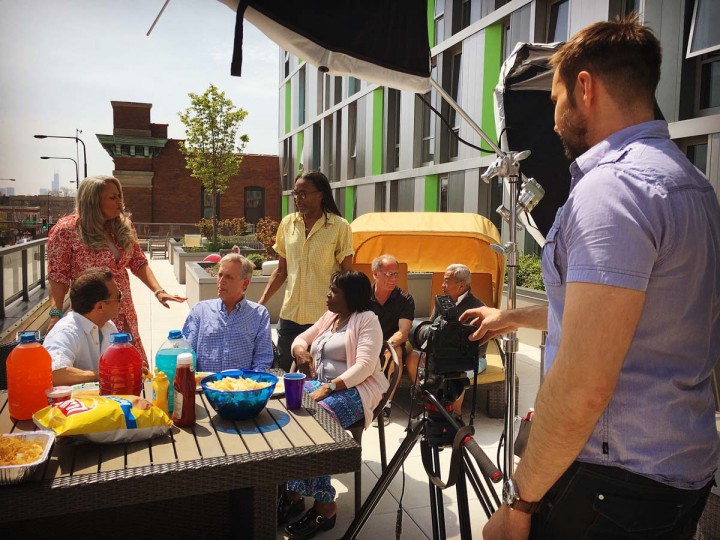 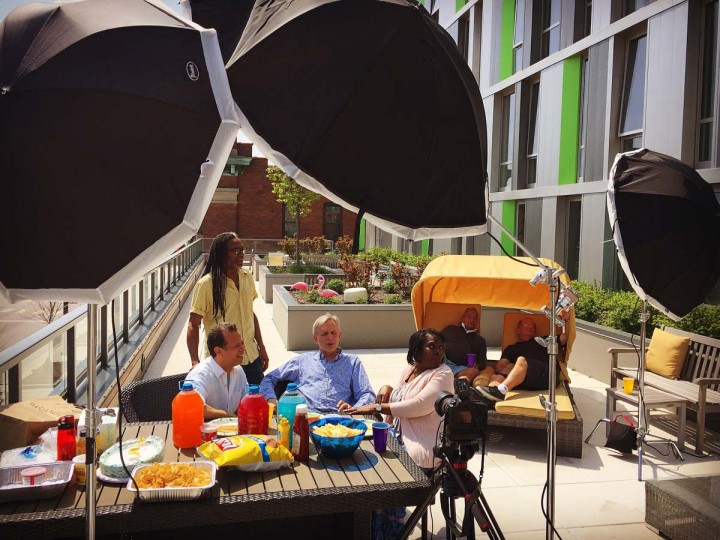 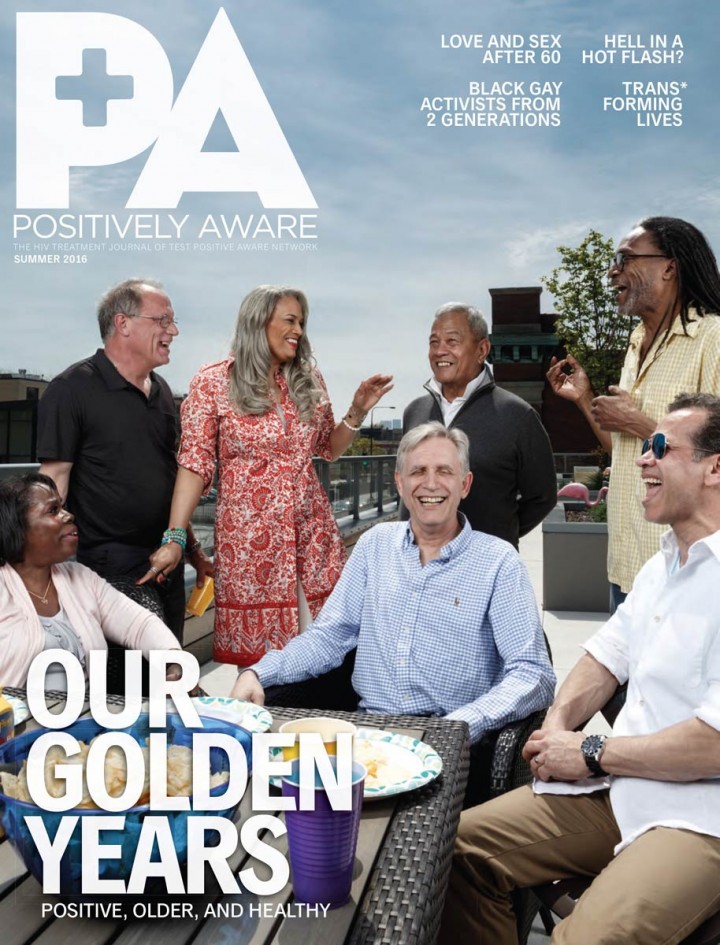