Am I a good photographer or am I just projecting?

You are here:
12/06/2019Equipment Review, Info for Photographers 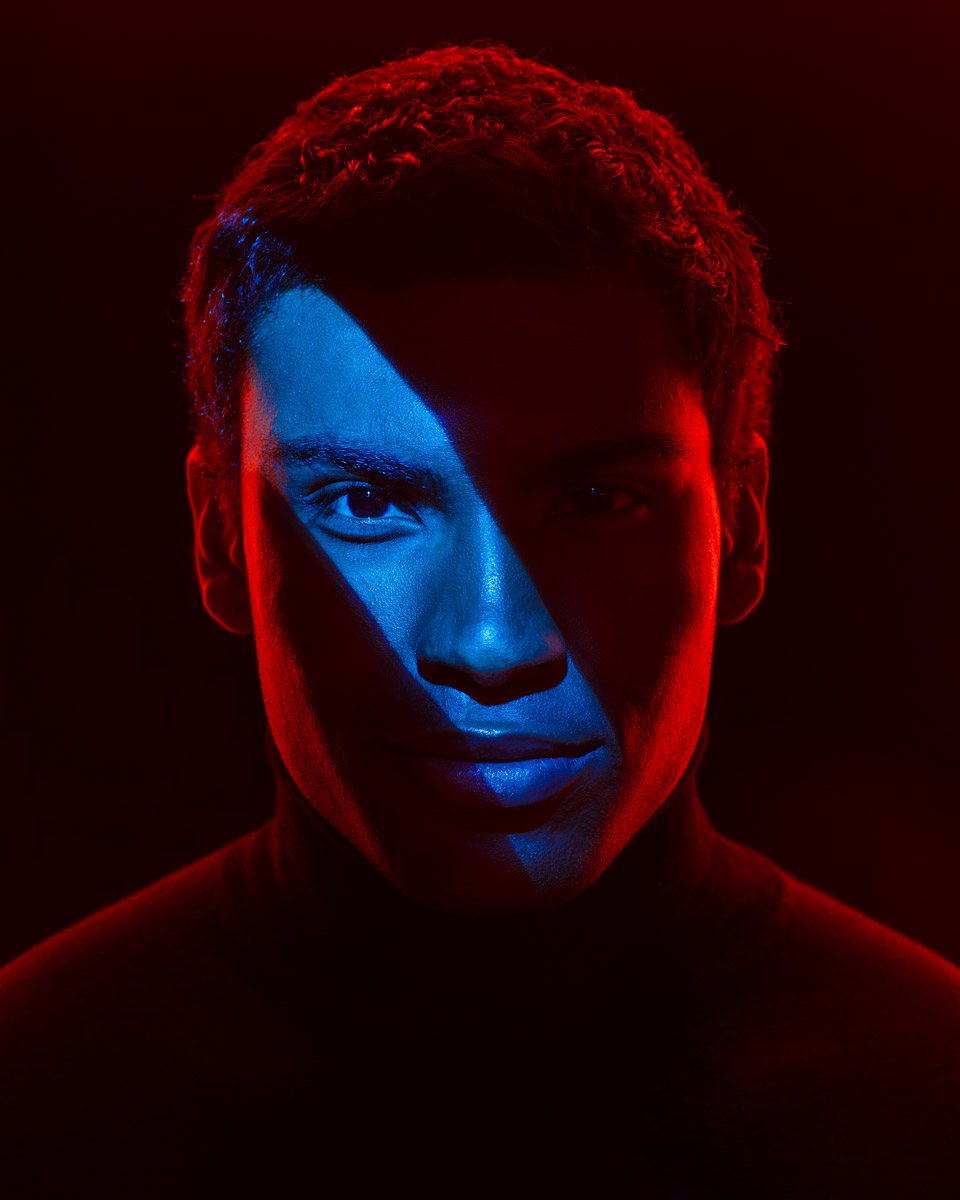 Projecting patterns on your subjects and backgrounds with a Nicefoto SN-29 optical snoot can be a fun way to boost your creativity and freshen your feed!


A few months ago my photographer friend Anderson Brennan invited me over to see his new studio. He showed me what I thought was an original product, a Strobepro Optical Snoot, a modifier that allows you to project patterns on your subject and backgrounds. It works by shining light through a gobo and focusing its shadows with a Canon lens, which they sell separately. After seeing it and having my mind open to the possibilities, I got on eBay and purchased the discontinued Elinchrom Mini Spot Lite, figuring it would be top quality like all of their other modifiers. 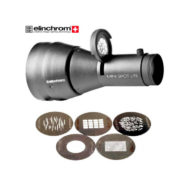 But when I got into the studio and put it though its paces, I realized that while it could do as advertised, there was chromatic aberration along the edges and the color temperature seemed off. So I made it work by using gels and converting my images to black and white. I even used photoshop to sharpen the edges sometimes. 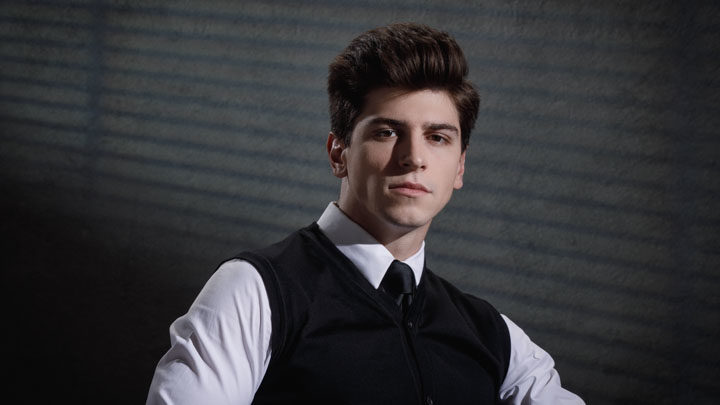 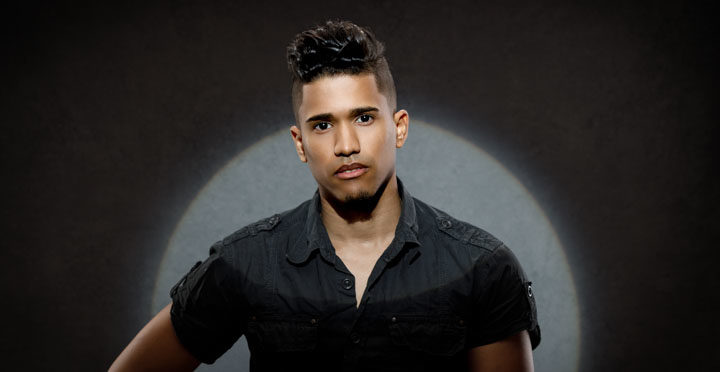 While the results were subpar, I should have expected that the product wouldn’t be perfect; because there must be a reason why it was discontinued. I would assume it’s because you need optics to make it work, and Elinchrom isn’t an optics company. Unlike a generic brand, I just can’t see a main stream manufacturer selling something that required you to buy something, in this case a lens, from another manufacturer.

A few months ago, I saw a product identical to Strobepro’s on eBay and on Amazon, but for less than $200 with a lens included, called a NiceFoto SN-29 Flash Concentrator Conical Snoot, which has a Bowens mount and uses a knockoff “nifty 50” to focus the light. After telling Boston Workshop attendee Daniel Brewer about it, he took the leap and ordered it. With this brewing in my mind, a week later I did some very relaxed online shopping, below, with my friend Donnamaria Jones at her studio in D.C. All it took was two drinks and the phrase “free returns” on Amazon.

Another successful workshop in the books! Thank you @johngressmedia for an informative and fun-filled weekend. Until next time… 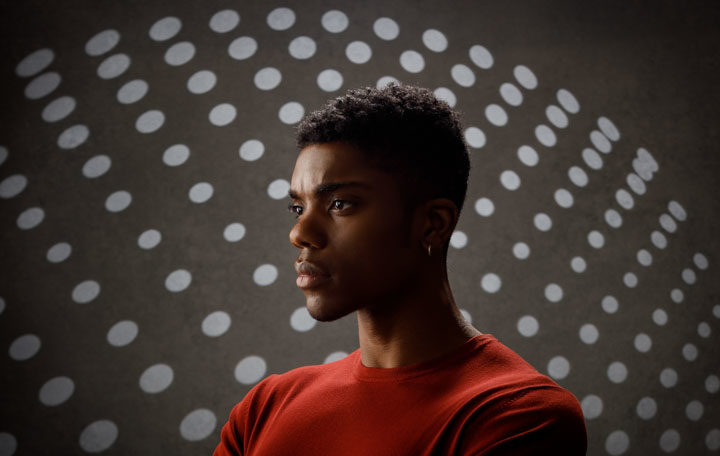 Upon receiving the Nicefoto Snoot I quickly determined the modifier was going to be a hit with no color fringing whatsoever! The modifier comes with a lens, 4 gobos, gels and what I think are some useless patterns. 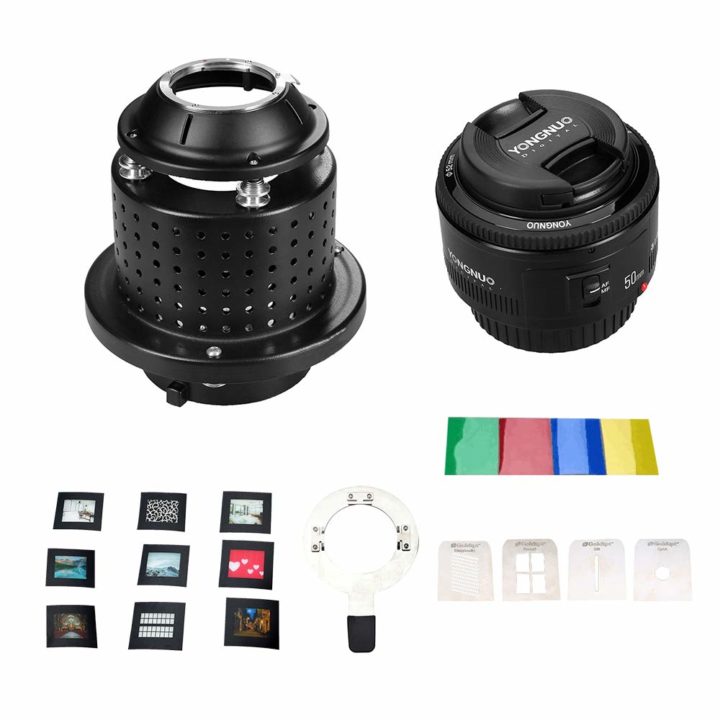 A few things to keep in mind:

1. The Nicefoto snoot comes with some gels that I melted right off the bat with my modeling light. You’ll be better off using a light with a cooler LED modeling lamp and I would suggest placing your gels over the front of the lens and not on top of the gobo.

2. The modifier absorbs a lot of light. So if you put 500 watt seconds in, expect your exposure to be between f4 and f6.3 at ISO100, but of course that depends on the distance. 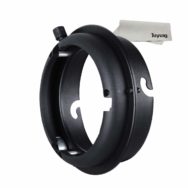 3. Unless you are using your modeling light to position the model or focus the pattern, I would turn it off because if you don’t you’re going to have a very hot modifier on your hands when it comes time to switch to the next setup.

4. The Nicefoto snoot comes with a Bowens mount, but you can modify it to other brands, such as Elinchrom, with an inexpensive adapter. If you search Amazon for the one that matches your brand, it will probably be less than $20.

5. Strobepro offers several sets of gobo’s, although you will have to pay about $25 USD to ship them to the US from Canada. I was unable to find them on eBay or Amazon from a Chinese source, which I suspect is where they are from, because Nicefoto very specifically calls them “stainless steel modelling (sic) pieces.” Magmod sells them too, but they are the wrong length. They still fit in the Nicefoto, but the edge of the pattern may be chopped off. All of them look like they’re made in the same factory.

In conclusion,Nicefoto snoot is just plain fun to use and relatively cheap. I will probably add more gobos and cut some of my own out of cinefoil with an X-Acto knife, like the triangle above. The creative possibilities are endless!

Am I a good photographer or am I just projecting?