A few months ago, I picked up a Profoto Acute2 1200ws pack and head on eBay, because I felt having the flash tube outside of the flash head and in the glass dome cover, as you can see below, would better fill light modifiers and produce more please lighting effects. 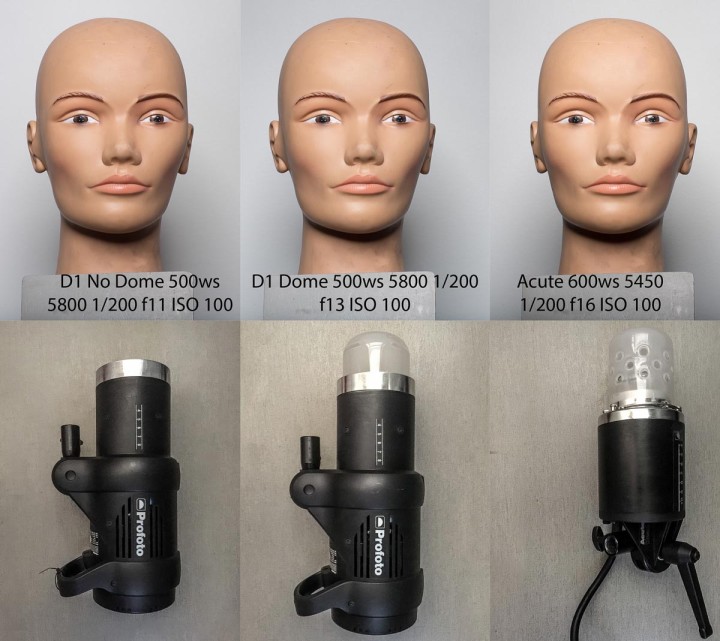 In the test above, where I used a beauty dish with all three lights (I didn’t record the distance of the light to the subject, as I did below when testing Elinchrom 39″ Rotalux Deep OctaBox

to the Profoto D1 Air 500 Monolights increased output by 1/3 of a stop. However, if the Acute head could have been set to 500ws, it would have been 2/3 of a stop brighter than the base D1 monolight. Not only did power increase, left to right, contrast did as well. I was able to get the no dome D1 and the acute images to look the same (not shown) in Lightroom by increasing the exposure .2, highlights +20 and contrast +20. While this would work on a blank background, I could see it wreaking havoc with on location photos or with clothing.

I love learning new things and sometimes those lessons come with a high price tag.

Everything was working out great… I felt like I was getting better light out of my modifiers… the size was nice etc….. then I had a marathon photoshoot where a client asked me to shoot portraits of people back to back on a seamless backdrop with one fixed lighting setup and no breaks for wardrobe, hair or makeup, Unlike my portrait tests or D1 only shoots like this in the past, the flash just wasn’t keeping up! My exposures were all over the map and of course I should have told the pack to beep at me when it was ready, but when I saw the exposure problems on the back of the camera, I arrogantly thought, I’ll just slow down, that, or my over taxed brain didn’t remember it had a beep switch. Or maybe, I just hate hearing beeps when I am shooting….but I digress.

The marathon shoot kept going and my assistant asked me during a break “do you smell something burning?”

You would think this would have stopped me and made me investigate, but, instead I just replied, after taking a long sniff, “I don’t think so.” One or two models later and without any pomp and circumstance, it just stopped working. So I take a close look and find its warm to the touch, and the bottom is all bulged out. Next, I unplugged it, replaced the Acute heads with D1’s, which I had in a case nearby, and kept going. After lunch I tried it again and realized that it would only work intermittently… then not at all.

I later read in the manual that it was supposed to turn itself off when it was overheated, but I guess it just didn’t like me… or maybe it didn’t like my photography… I wonder did I burn it up before it stopped working or did I blow it when I tried again after lunch? I guess I will never know.

After sending it in for repair, I got a reality check! Both the power board and the capacitor needed replaced, which they would do for the low-low price of $1,204, which as I have learned is about double what they go for used on ebay ($560 at auction).

So instead of trolling ebay for months waiting for my turn to get an Acute2 for less than $600 and having another one burn up on me, I decided to by a Pro-6 Freeze for only $550!

Thanks to people unloading their 7A 2400 packs for 1k so they can spend over $10k on a 10A, I was able to buy this fast recycling unit with a, wait for it, built in fan, for dirt cheap! Which If I had bought it in the first place, knowing I’m an impatient son-of-a-bitch, I would be a few hundred dollars richer.

I completed a white balance test last night with the Pro6 and my trusty gray card and found that the color temperature output only ranged from 5750K at low power to 5850K at full power, even though I expected a 400 degree swing from using the master variator.

In order to do a side by side comparison, I made a ball park exposure in camera and then in Lightroom slid the exposure slide for each RAW image so the blown out area was the same size. Once I did that, it revealed how much better the Pro head filled some of the modifiers than the straight D1 head. The rectangular softboxes do not have any interior baffles which is why I think they were so uneven, whereas the Profoto RFi 5′ Octabox with two baffles, looked more uniform with the D1 head. I’ve noticed this is harder to see on my phone but easier to see on my desktop. 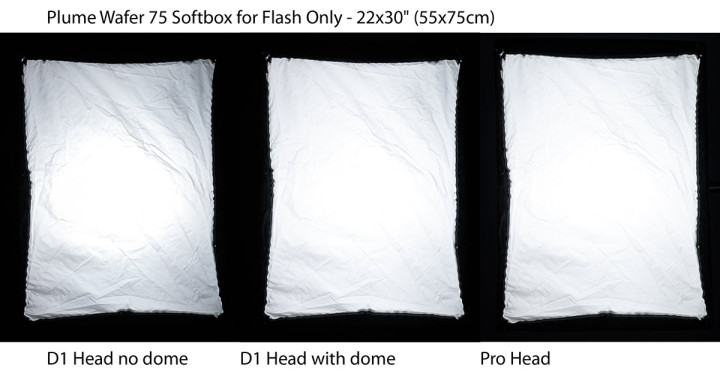 It looks like the standard D1 is effectively turning a 5′ octa into a 3′ octa…. which is well… not good. Unless of course you were using a 5′ when you wanted the results of a 3′. I’m excited to see what will happen with domed lights now that my big sources will now be, well sort of, bigger and there for more soft. Not only that, but using a grid to feather the light should be a lot more effective.

Another photographer suggested that exposure differences with and without the Profoto D1 Glass Dome would be neutralized when shooting at distance from the modifier. So I tested 4 of the modifiers above, 12″, 36″ and 60″ from both the center and the edge of the modifier. Here is a table of those results expressing the difference in exposure in f-stops between the edge and the center of the octa, deep octa, umbrella and softbox respectively.

I can’t seem to explain why the results from the D1 Dome were worse than no dome and I wonder if I made an error while measuring the lights. Originally I was recording the exposures in 1/3 f-stops and the rounding may have been the source of the error, but I don’t think that makes much of a difference in my general conclusion.

While his hypothesis does appear to be true, what the results don’t show is what direction the light is coming from at the point where it was measured. The pro head v. no dome does show that the exposures are virtually even at 5′ and 3′, but, if the light is coming from the center of the modifier face, I would expect that the shadows are going to be different than if the rays were more evenly distributed across the face. Thus creating an arc of directional light rather than a line of directional light.

I’m always looking for a better method to make better pictures and I think the Pro6 1200 will do the trick. I’ve owned 8 Paul C Buff Alien Bees, 2 Profoto 7A 2400 packs and 5 heads, 6 Profoto D1air heads (the only equipment I just mentioned which I still own), the Acute2 and now I’ve added the Pro6. I don’t think my lighting skills we’re sophisticated enough, when I sold the Profoto 7A 2400 packs in 2011, to judge whether or not having the flash tube outside of the head in the Profoto Glass Cover dome made a difference compared to the standard Profoto D1 design. At the time I was only concerned with having more power and placement flexibility in the photo studio and on location. Fast forward to today and I think a light with a flash tube outside of the head is the ticket to filling the whole modifier with even light, as you can see in the tests above.

While I like the results from the pro head, I still appreciate my monolights because I can place them far apart and control them remotely. So they will still play a valuable roll in my kit.

Currently, I have the Pro-6 with one head and six Profoto D1 Air 500 Monolights. If I had it to do all over again, and I will probably move towards this in the coming months, I would have a combination of D1s and Pro6s. Probably 4-5 monolights, two pro packs and 2-3 pro heads. That way I can run two sets at the same time, but with a pro head on my main lights, and then also have a backup, just in case one of the packs fails… knock on wood. I’am also going to consider outfitting more of my D1s with domes, but I am concerned that the increase size may not allow me to transport 4 of them in my favorite bag. 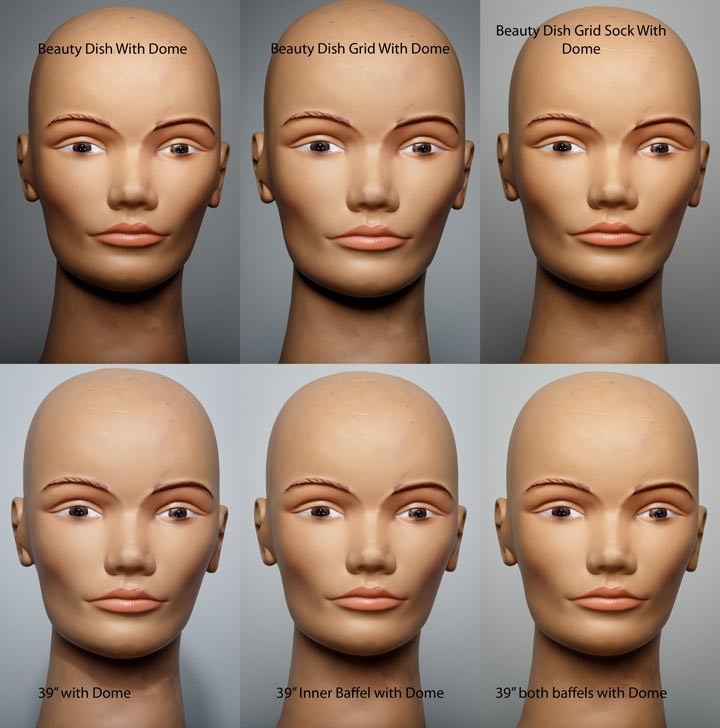 Months before I bought the Acute, I bought an Elinchrom 39″ (100cm) Rotalux Deep Octabox, because I wanted a more portable modifier that would work like a beauty dish. So I did a head to head test with a Silver Profoto Softlight Reflector beauty dish (above). Both modifiers were pointed down 45 degrees with the center of the modifier placed at a distance from the “model’s” face equal to the modifiers diameter. I’m thinking the Deep Octa might be more like the beauty dish if I moved it further back, but nothing seemed to beat the contrast of the Beauty Dish’s natural sweet spot where diagonal rays from the sides seemed to converge in the middle. As you can see from the top left above, the fall off is quite pronounced while using the Beauty Dish without a grid or diffusion sock. However you can see that the light from the Elinchom is still very pleasing and I have used it successfully on several shoots, and I have to say, I really love it. While I hoped it was going to work differently, the octabox creates contrasty light and glowing skin tones, and Its taken it’s place as my favorite modifier! 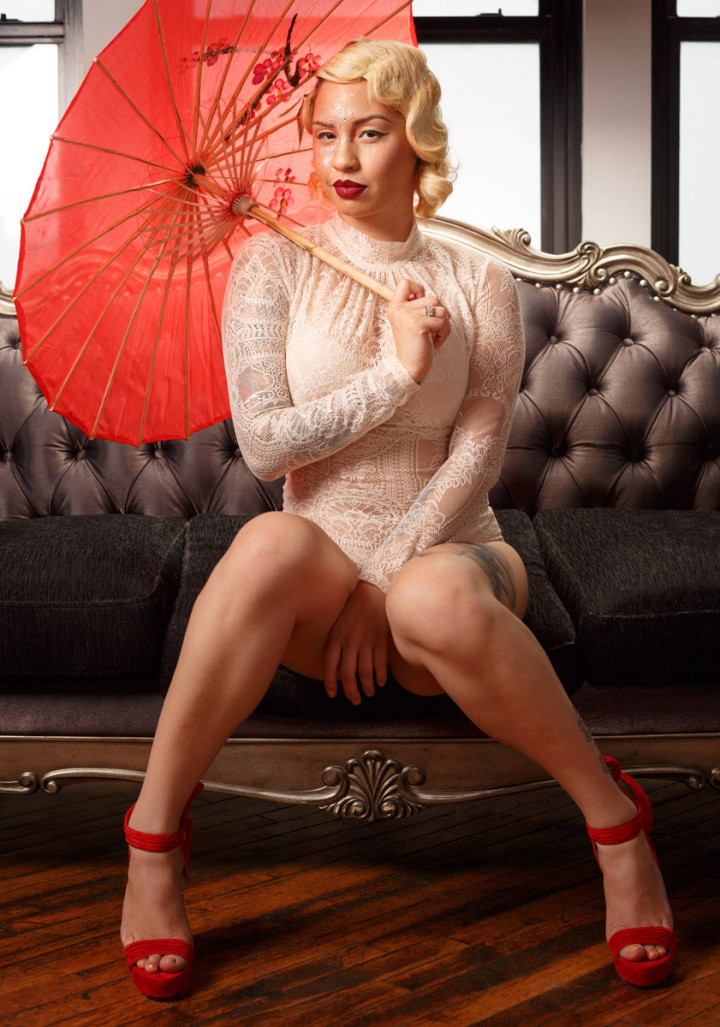 Profoto D1 with glass dome. The main light is an Elinchrome 39″ Deep Octa and a Photek Softlighter II is providing fill

I used a Profoo D1 with glass dome. and the Elinchrom 39″ Deep Octa, placed inline with the setting sun, to boost contrast and darken the background. 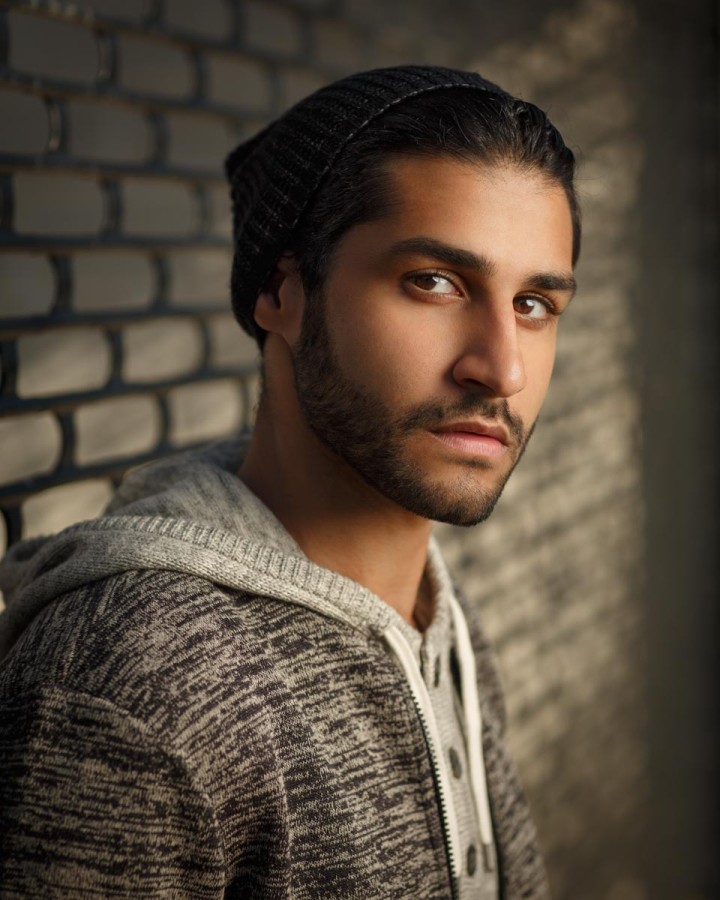 I used a Profoo D1 with glass dome. and the Elinchrom 39″ Deep Octa, placed inline with the setting sun, to boost contrast and darken the background. 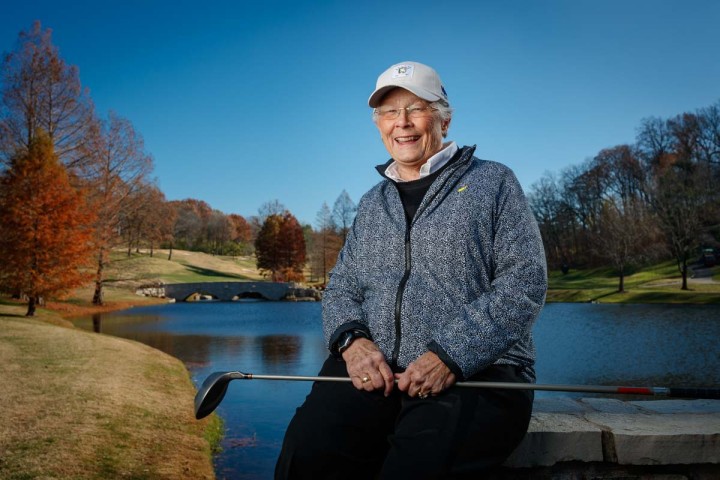 I used a Profoto D1 with glass dome and the Elinchrom 100cm Deep Octa, placed opposite of sun, to illuminate her face while exposing the background.