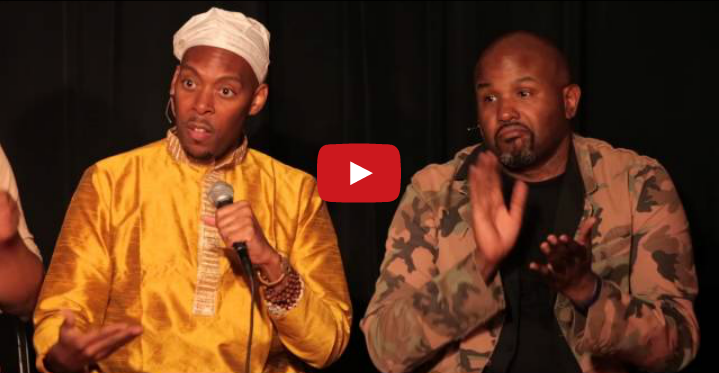 Step-Up Get-Tested and The AIDS Foundation of Chicago recently hired me to shoot a full length video of this live event last month on National Gay Men’s HIV/AIDS Awareness Day.

The Black Gay Guys Rock Monologues featured incomparable spoken word, comedian, and singer ButtaFlySoul with a blockbuster excerpt from his one man show titled “ButtaFlySoul for President.” After ButtaFlySoul preformed, Marquez Rhyne stepped up with his multidisciplinary piece which dealt with his upbringing in the south, dealing with issues around race, class, sexuality, and his own faith.

To capture the event I used three cameras. One I could zoom from five or so people wide to waist up, one that was just chest up and one that showed the whole stage. The light in the space was a bit of a challenge since it was uneven and pink, but I couldn’t add my own lighting because of the building electrical system.

As the leader of our Chicago video production company and as a videographer and filmmaker, Gress’ passion is creating visually stunning films that set him and his clients apart. Anyone can shoot a video for facebook, youtube and the web, but it takes a team of video professionals to deliver quality production content that will maximize the value of each and every impression by emotionally connecting the viewer with your company or product through film and video.