As a Chicago music video director, I am always striving to hone my craft by using news tools and techniques. My latest music video for Marcus Matteo was my first 4k project and I shot it almost exclusively in 4k DCI with a Canon 1D X Mark II camera using EOSHD’s C-LOG Picture Style.

In order to take the viewer into the action, the lion’s share of the shots were captured with with a DJI Ronin-M or handheld when a dramatic visceral feel was preferred.

Almost all of the video was shot in 4K DCI 4,096 x 2,160 is larger than UHD 4k 3,840 x 2,160, but the flower drop and the slamming down of the glass were shot in 1080P 120fps. In addition the beach singing scene was shot at 60P and then slowed down to 40% to the base frame rate for the video which was 24fps. In order to pull off those shots Matteo sang along with a version of his song which was sped up 250% with an app called Music Speed Changer. I feel the results are great because it creates a striking contrast to the scenes with our fantastic actors Rae. and Tasos.

The Music video was graded with IWLTBAP luts inside of Final Cut Pro X. 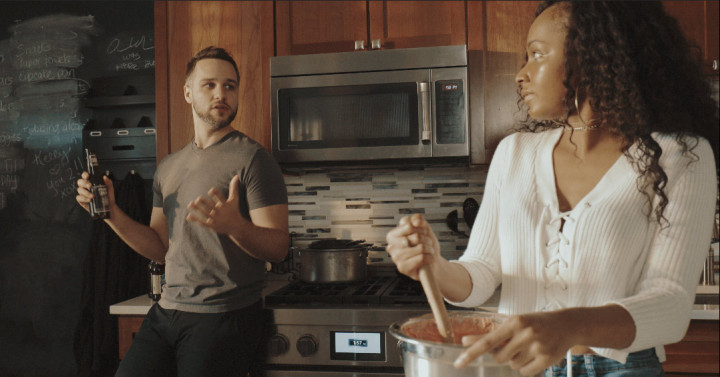 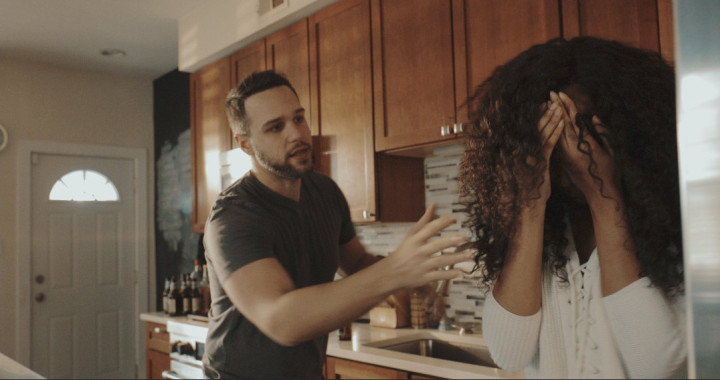 The kitchen scene was lit with two Coolights 150-watt HMI‘s, which I gelled with a 1/2 Color Temperature Straw and shined through a window and blinds *creating the lines on the cabinets). Then the whole scene was filled with a reflector. I was going to use a light bounced off the ceiling, but found that the Coollights have a magenta bias and it just didn’t look right. In retrospect I could have corrected the lights with a 1/8 minus magenta, but it was just as efficient to use the reflector.

Save 20% on Infinite Tools with the code GRESS20.