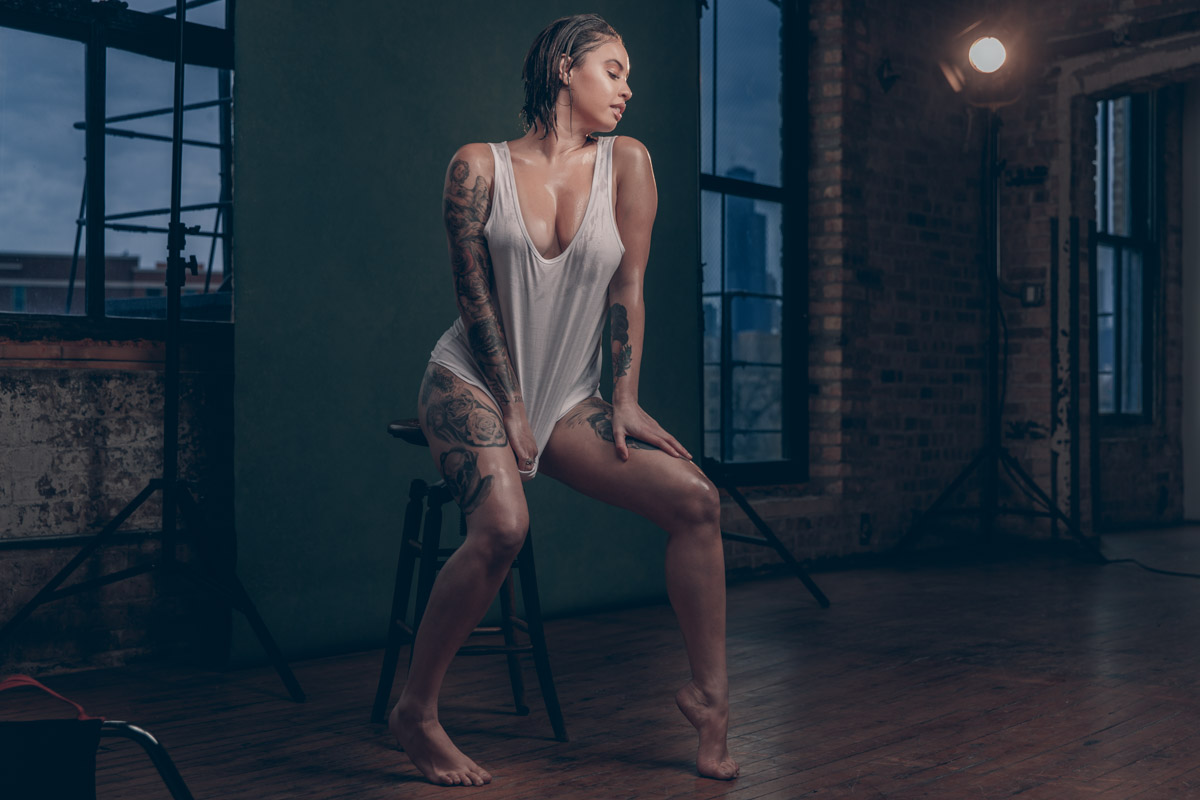 This was by third photoshoot with Black Ink Crew Chicago star Katrina Jackson.

Stylist and art director Stephanie Alexis wanted to create a sexy wet look which I married with a behind-the-scenes looking images shot on a Gravity Backdrop and paired with a Mole-Richardson 1000 Watt Baby Fresnel on location at Lacuna Artist Lofts. The location was an easy choice once I saw the Willis Tower framed in the window. 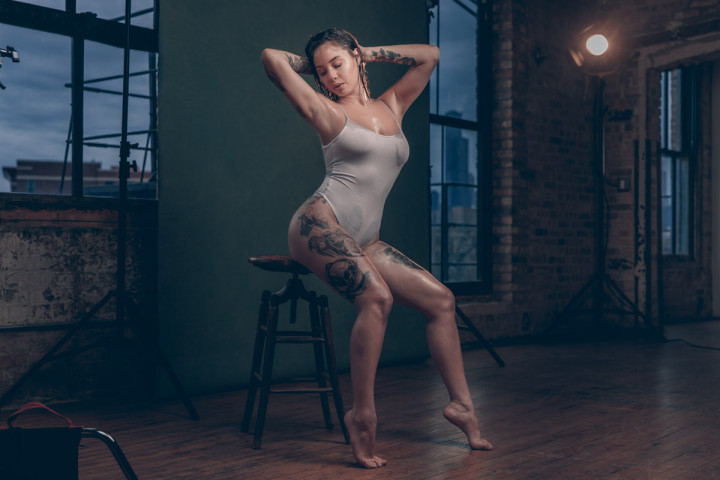 For a second look we used a steel fire door as our backdrop and changed the lighting so it would come from overhead rather than from the side. 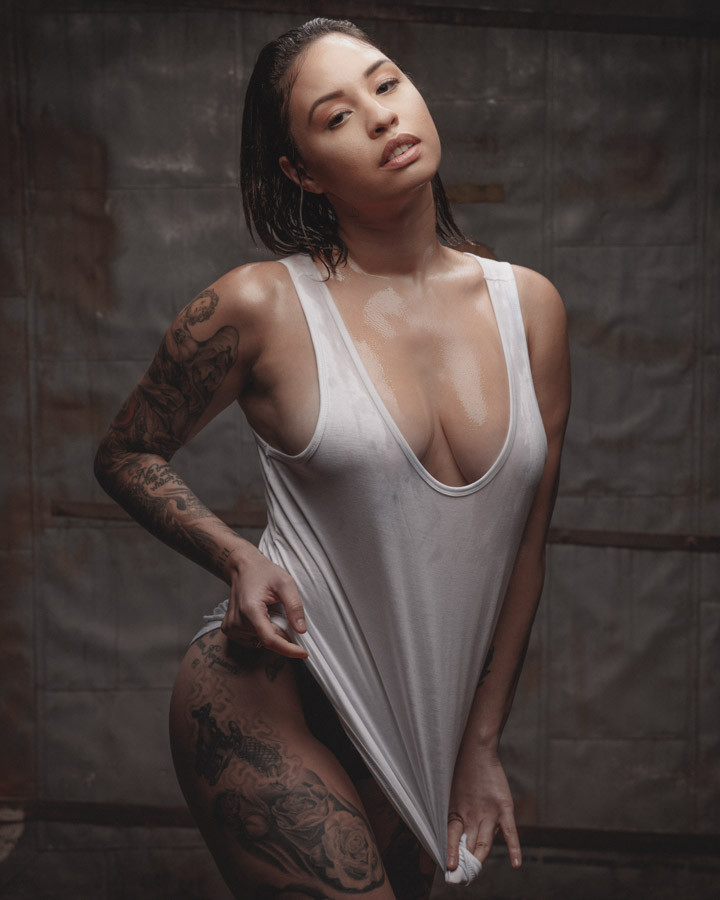 None of this would have been possible without make-up artist Mimora Mulan and hair stylist Zaria Orr. 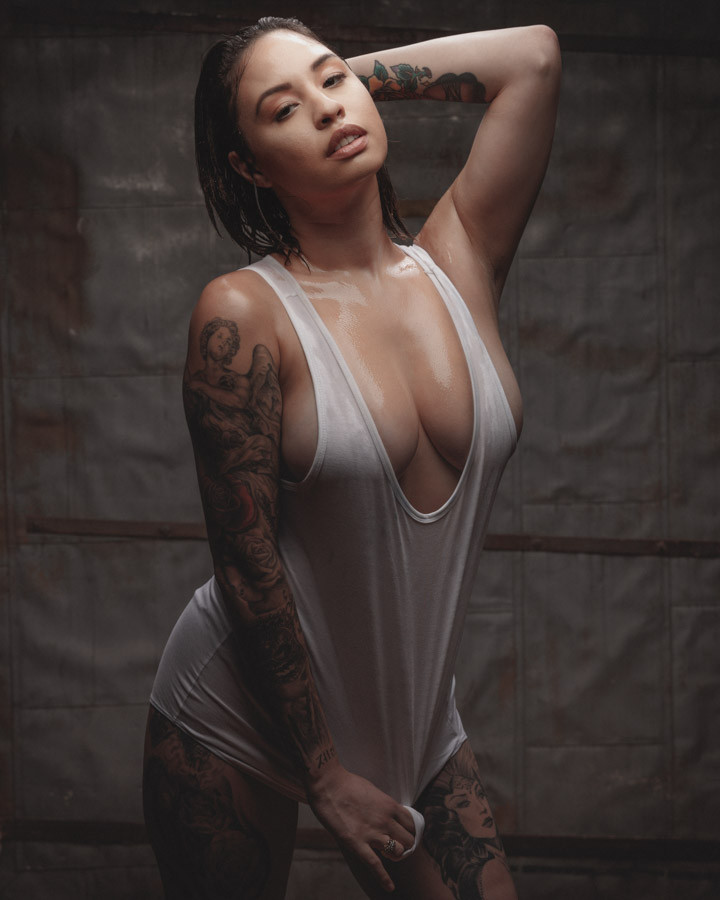 Jackson, also known as “Kat Tat” is a young woman of many talents: tattoo artist, painter, model, entrepreneur, philanthropist, social media and pop culture influencer, and now reality television star. She began tattooing while studying mathematics at the University of Missouri at the tender age of 18. After three years of struggling as both a math major and tattoo artist, she decided to drop out of school to pursue her real passion, tattooing.

After working at a number of different shops in Chicago, she joined forces with a talented group of tattoo artists in Chicago: Ryan Henry, Van Johnson, “Phor”, and “Jet”. Together they formed 9MAG, which soon became the most popular urban tattoo shop in Chicago. Kat, being the only woman artist in the shop, held her own weight and quickly made a name for herself as one of the most sought after tattoo artists in the industry, with a strong celebrity clientele including rapper King Louie, Superbowl champions Jamie Collins (NE Patriots) and Shane Ray (Denver Broncos), and countless more.

The artists of 9MAG were eventually discovered by a major production company, and are now all-stars of VH1’s hit series, “Black Ink Crew: Chicago”. As a non stop force in the tattoo and art industry, Jackson’s work cannot be denied and has been at the top of the discussion on numerous platforms including ESPN, Rolling Stone, VH1, and Windy City Live.