Lighting Tutorial: The Circle of Light

You are here:
07/03/2019Fashion, Info for Photographers, Lighting Technique, Portrait 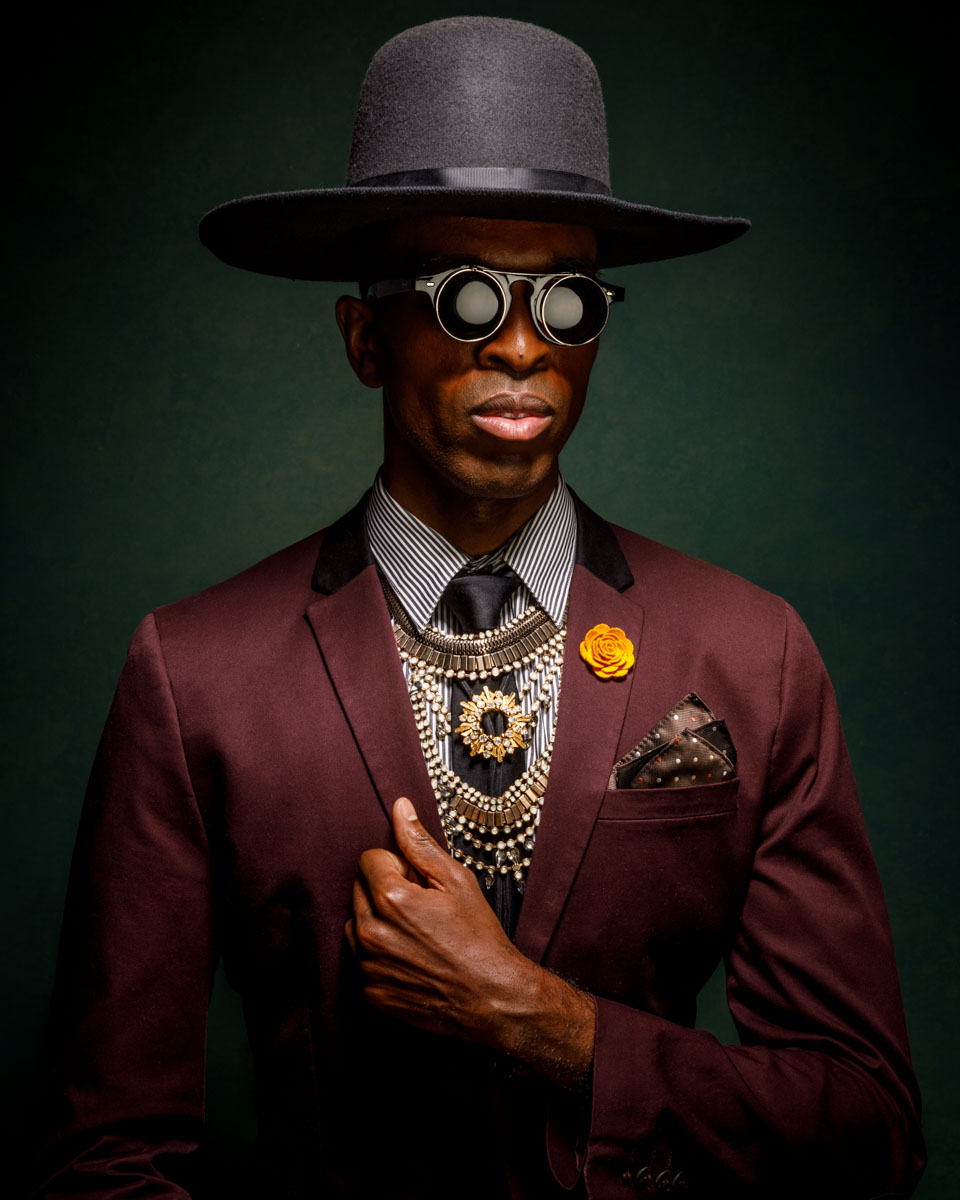 A step-by-step breakdown of how I created this three light setup. including modifiers and light ratios.

You never know where you’re going to find the inspiration for your next photoshoot, so it’s always best to keep your eyes peeled and your mind open.

@ozwald_boateng is a visionary #africanism #mensfashion

A friend mine, who isn’t even a photographer, reposted a series of photos, by Jamie Morgan, just because he loved them and as soon as I saw them, I knew I loved them, too. I immediately shared the images with my stylist friend Pablo Roberto and got my model friend Kenneth Hill on board, too. We were off to the races!

Thankfully, Ken has more clothes and accessories than a party school sorority.

Now that the pre-preproduction was taken care of, and with Pablo and Ken having refined the styling on set, I had to do my part. The first step of my journey was to recognize that the art direction was not only about the styling, it was about the mood created by the lighting. Right off the bat, I recognized that the general motivation reminded me of lighting in a nightclub setting. So, for my main light, I placed a Mola Softlights Rayo just in front of him high and to my left, at a fairly extreme downward angle. If you do not have access to one of these high-end reflectors, a small beauty dish or a 40cm (15’) or so large reflector will do the trick; you just need the lighting to be directional and hard. The light from this modifier measured f11 when measured next to the model’s face.

To further shape the light I placed a homemade cucoloris along the front edge of the modifier to cause the light to fall off on the lower part of Ken’s torso.

Because of the steep angle of the main light, shadows were cast from the model’s features and hat. To counteract this, I used—just barely out of the shot and on my right—a Mola Softlights Setti, which is a 70cm (28”) white beauty dish. I placed a diffusion sock over the reflector so that I would have a large solid white circular surface reflected in the model’s glasses, which I think is my biggest addition to the inspiration images. The trick here was to set the power level so that it preserved detail in the shadows without eliminating them altogether, killing the mood. I set the power so that the exposure from the modifier measured F5. 6  and 1/3 when measured under the hat. The reflection in his glasses was quite underexposed, so I brightened it in post. 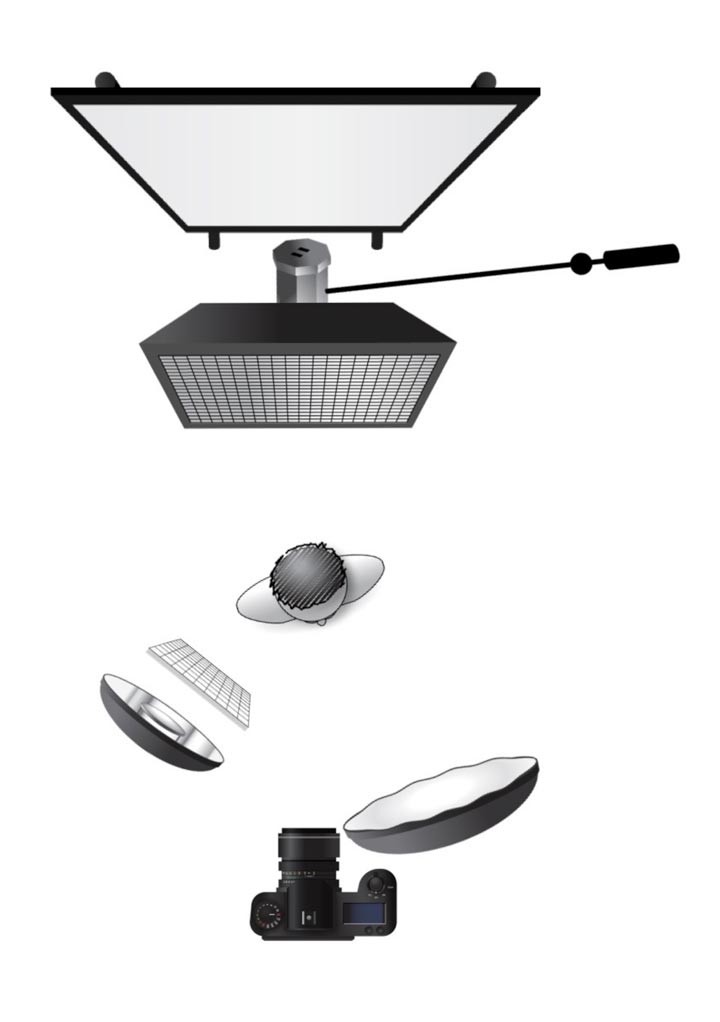 Building on the general motivation for the shot, I used a strong hair light, really a hat light, with a gridded stripbox boomed over the model with the power set so that the exposure on the top of the hat measured f10. I used the grid so it wouldn’t illuminate the Gravity Backdrops background from the top to the bottom, and figured all of the light bouncing around the room would light the background.

Once everything was dialed in. I then took the photo at f10. 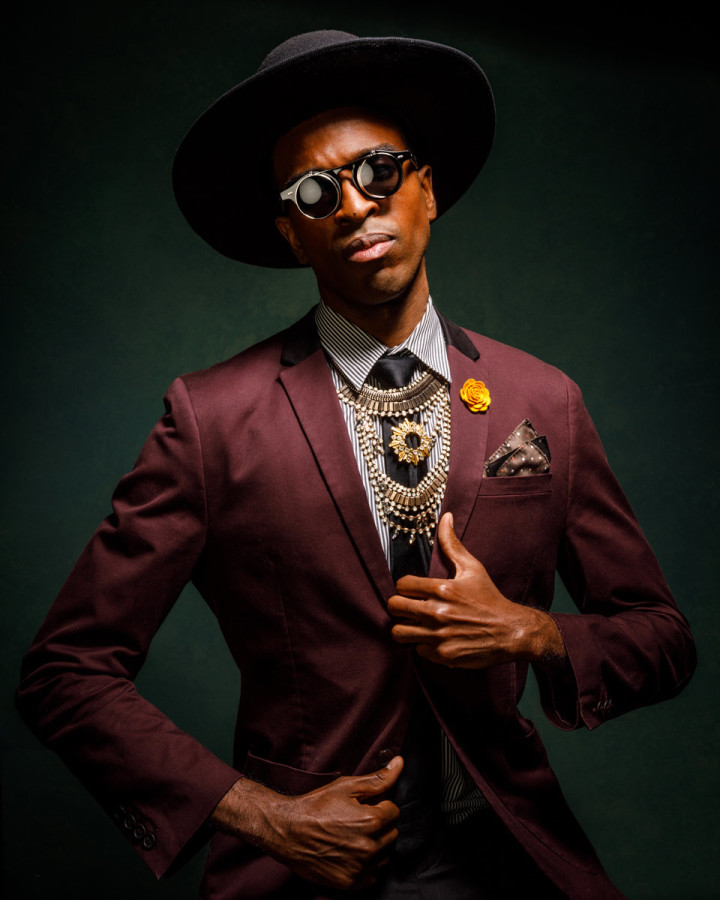 Just in case you were thinking I am infallible, I’ll let you in on a little secret: I sat him too far away from the background and didn’t notice on set how dark it was, so I had to boost the background exposure in post by about a stop.

Lighting Tutorial: The Circle of Light

What the hell is a kicker? What's a key light? The names photographers use for studio lights.

B&W Lighting Tutorial - Use multiple lights to create maximum contrast so your portraits stand out!

TRIGGER WARNING BOKEHOLICS: Three reasons why prime lenses are not just for bokeh.