I Will Premiere Gets Rave Reviews 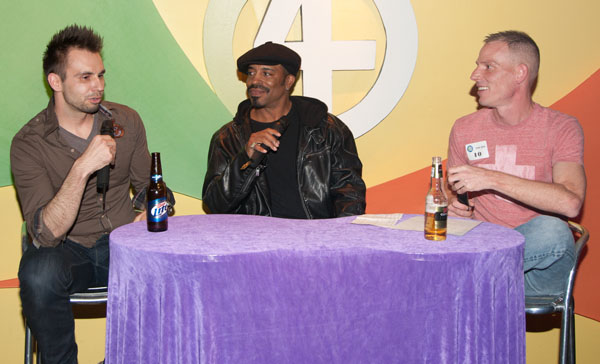 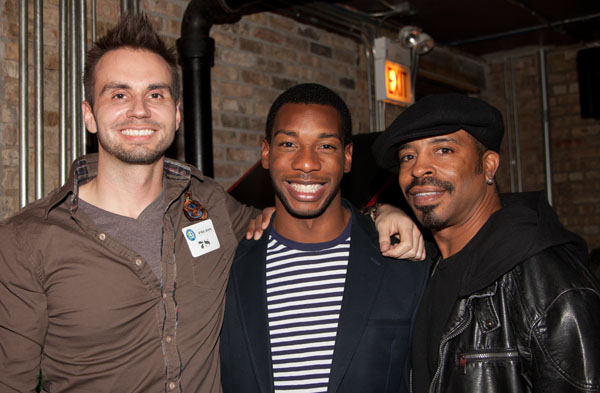 John Gress, actor Julius who was corageous enough to play a charecter of a different HIV status and Marshall Titus

Last night the groundbreaking music video ÃƒÂ¢Ã¢â€šÂ¬Ã…â€œI WillÃƒÂ¢Ã¢â€šÂ¬Ã‚Â made its debut in front of a large crowd and received rave reviews. Singer/Songwriter Marshall Titus and Director John Gress were on hand for a Q & A session with the nightÃƒÂ¢Ã¢â€šÂ¬Ã¢â€žÂ¢s host Jay Lacey. The music video was very well received online and was posted by bloggers around the world. It is hoped that the music video will be watched by tens of thousands of people over the next few weeks and start to spur discussions in gay communities throughout the country.

Titus and Gress created ÃƒÂ¢Ã¢â€šÂ¬Ã…â€œI WillÃƒÂ¢Ã¢â€šÂ¬Ã‚Â out of a desire to both move and educate the gay community about the tendency to stigmatize those who are HIV positive. The music video, with the help of a very moving plot and superb acting, tells the powerful story of an African-American character who discovers that he is HIV positive. The video follows his initial struggle with the diagnosis and reveals subsequently the growth that happens to him through a process of self-acceptance withÃƒâ€šÃ‚Â  the love and support of his friends. The lyrics, ÃƒÂ¢Ã¢â€šÂ¬Ã…â€œon this walk of faith, I will be strong, I will be brave,ÃƒÂ¢Ã¢â€šÂ¬Ã‚Â mirrors the inner strength that the protagonist summons within himself to overcome his fear both of the disease and of the rejection oftentimes met with the disclosure of oneÃƒÂ¢Ã¢â€šÂ¬Ã¢â€žÂ¢s status.

It is hoped that ÃƒÂ¢Ã¢â€šÂ¬Ã…â€œI WillÃƒÂ¢Ã¢â€šÂ¬Ã‚Â will spark discussions about the tendency for gay men, out of fear to separate themselves on the basis of HIV status. This fear and division are causing many people to not get tested. The result is that the HIV transmission rate continues to climb for gay men and shows no signs of abating. ÃƒÂ¢Ã¢â€šÂ¬Ã…â€œI WillÃƒÂ¢Ã¢â€šÂ¬Ã‚Â strives to inspire gay men to stop dividing the community on the basis of HIV status. Titus and Gress hope that if fewer people live in fear, more people get tested and more people will be treated with dignity and tolerance.

I Will Premiere Gets Rave Reviews