“I Will” Music Video Trailer Released And Launch Party Announced

Just over a week ago, I started filming a music video for the song ÃƒÂ¢Ã¢â€šÂ¬Ã…â€œI Will,ÃƒÂ¢Ã¢â€šÂ¬Ã‚Â a powerful and moving piece by Marshall Titus. Needless to say, I am very excited about the release of the video, which will debut at a launch party September 15th, and I look forward to the impact the work will have on people. After screening it a few times, I was shocked and proud to see the emotional response the video solicited. I hope that the video touches as many people as possible and helps to change the conversation around HIV.

The project came together after I contacted Titus in late July when I needed a track to go with a PSA I shot for A Day With HIV In America. Not only did the inspirational song have a great instrumental track, the words matched the campaign, which works to stop the stigma against HIV and those affected.

After listening to ÃƒÂ¢Ã¢â€šÂ¬Ã…â€œI WillÃƒÂ¢Ã¢â€šÂ¬Ã‚Â 100 times and editing the PSA, all the pieces of a short screen play started to come together in my mind. I then bounced ideas off of Marshall and other friends before settling on the final script. Thankfully, Julius C., Nelson G., Gemini W, Joseph H., Kelly Ann and Gustavo agreed to act in what turned out to be a very short film set to music. The release combines the message of the campaign with the message of “I Will.” 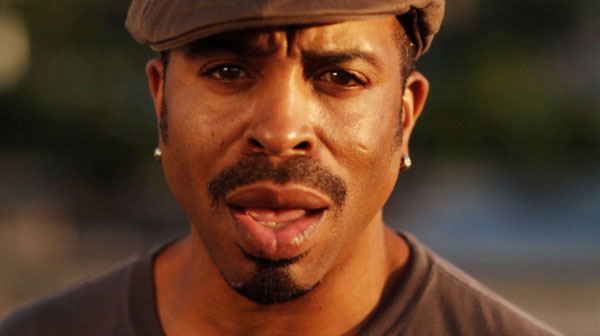 Marshall Sings The Opening Line to 'I Will.'

Julius' charecter has a moment of self reflection during the video.

“I Will” Music Video Trailer Released And Launch Party Announced