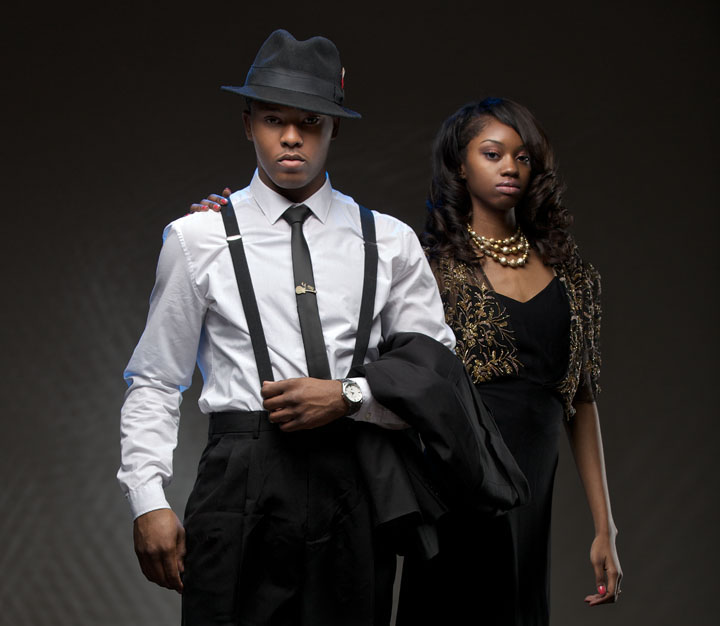 I read on another photo blog a few months ago that you could cut random lines into a piece of cardboard and use it to cast unplanned shadows on a wall by shining light through it. I unwittingly put my own spin on it when I decided to try cutting narrow slits into a piece of cinefoil (black foil) with a box cutter.

Once the background was set, I decided to light the models with an overhead softbox, a fill from below and a kicker over their right shoulder. I also added a low powered hard light with a blue gel high and behind the models.

During the same shoot, I used my Profoto magnum reflector to cast hard shadows on the wall behind models. 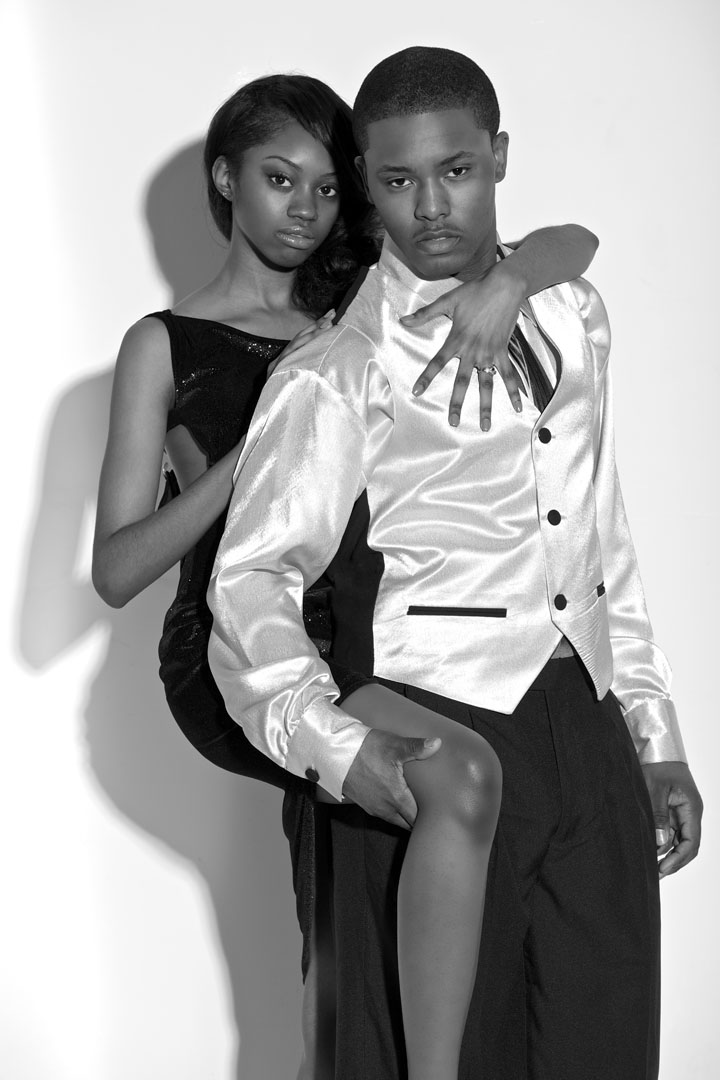 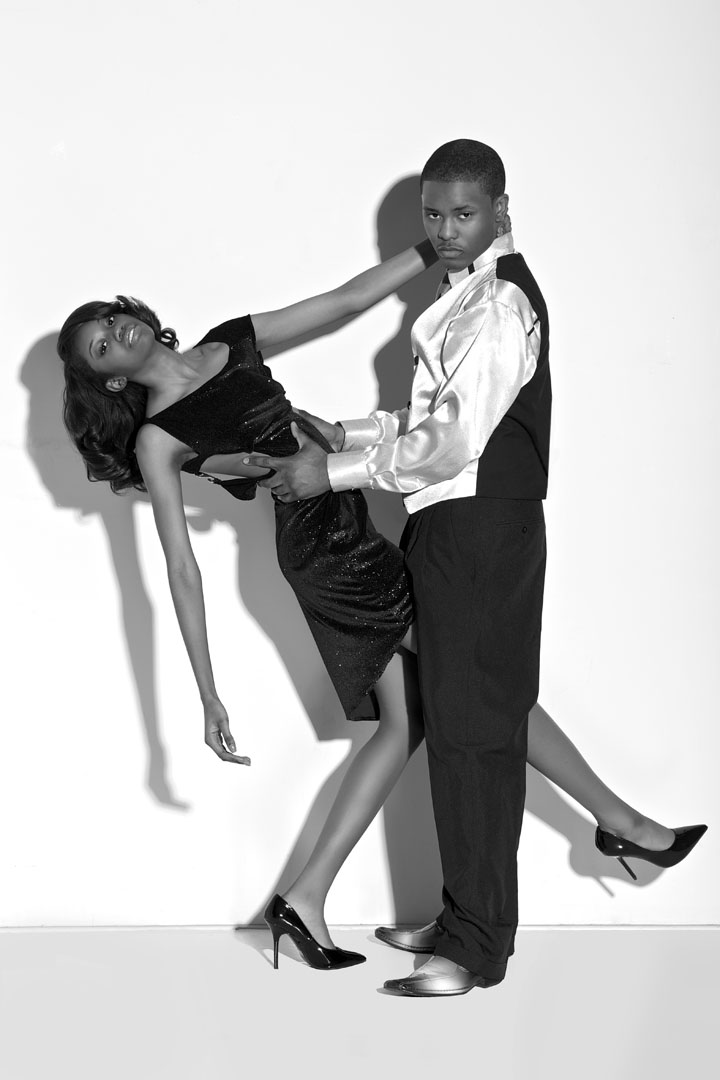