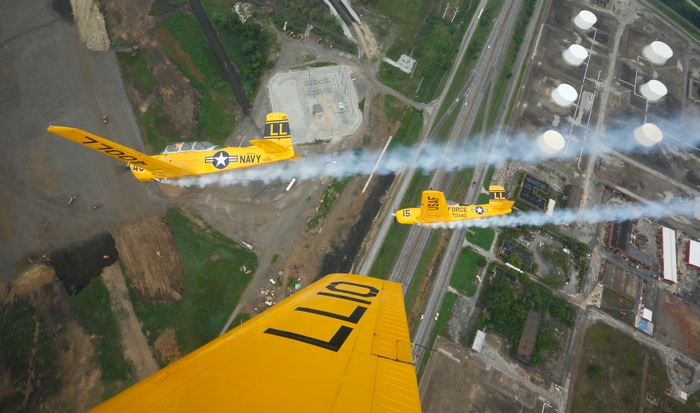 Its important to eat before… so I hear… I always have, so I can’t say it helps. But I can tell you 10 minutes of aerobatics is enough to cause me to break a sweat and long for fresh air and tera firma.

For the fourth time in my career, I took photos previewing Chicago’s Air and Water ShowÃƒâ€šÃ‚Â  and for the third time I flew with the Lima Lima Flight Team. Their World War II era military trainers gave us quite a ride, pulling over 4 Gs.

To mix things up this year I decided to borrow my neighbors GoProHero2 video camera and test it out in addition to shooting still frames for my client, Reuters. After this test drive, I’m ready to throw down $299 for my own! 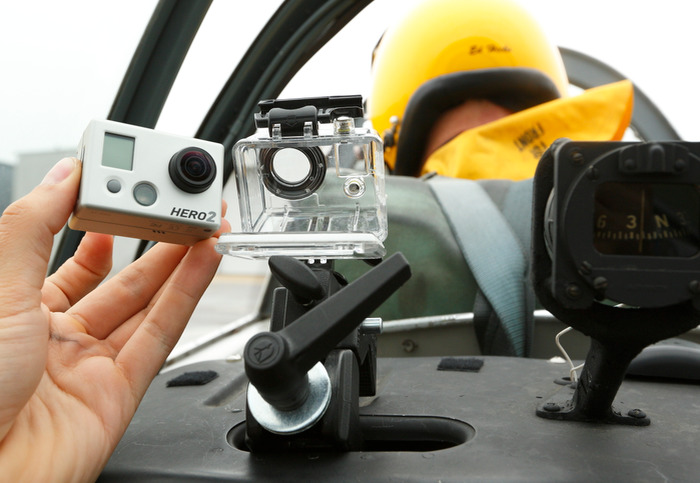 Setting up the GoPro Hero2 in the plane. As pilot Ed Hicks straps in. 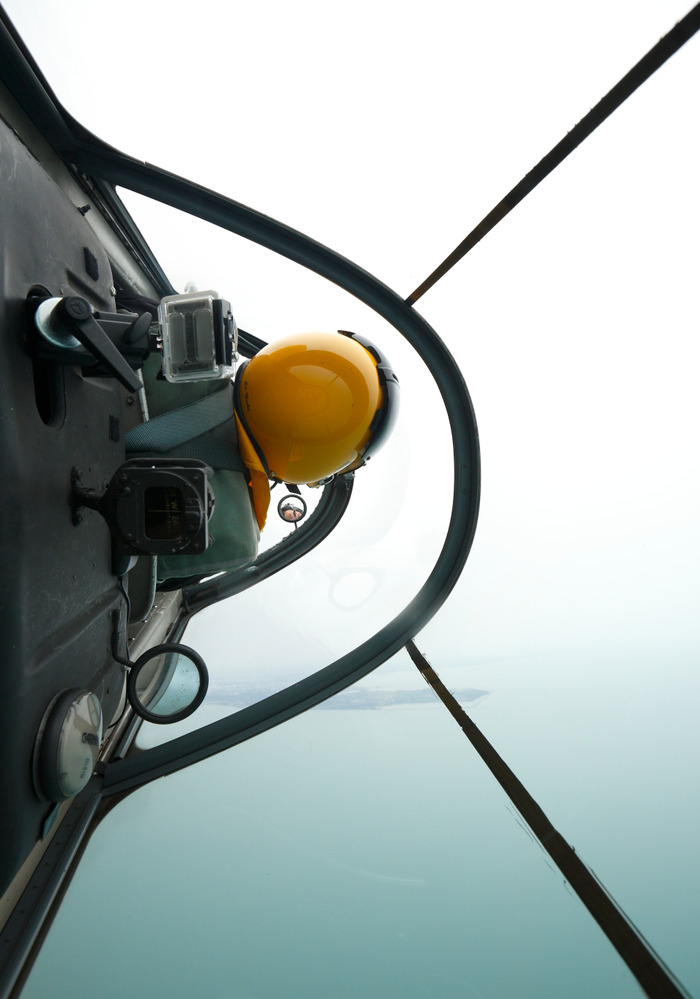 The GoPro Hero2 holds on tight as we fly sideways.

I first learned about the annual event in 2004 when I was sitting at my desk and the sonic booms surrounding my high rise apartment scared the hell out of me. 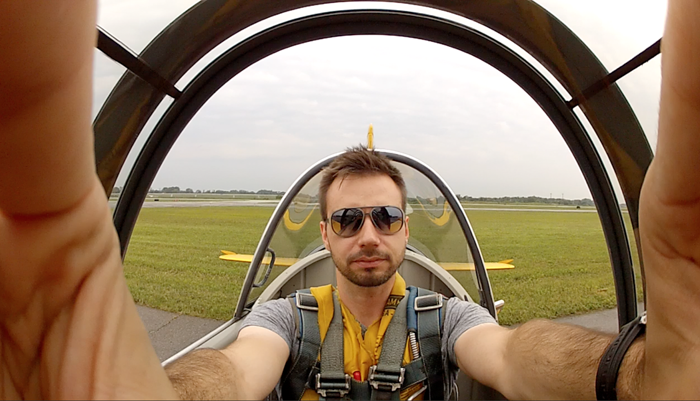 Positioning the GoPro for our ride over Lake Michigan. 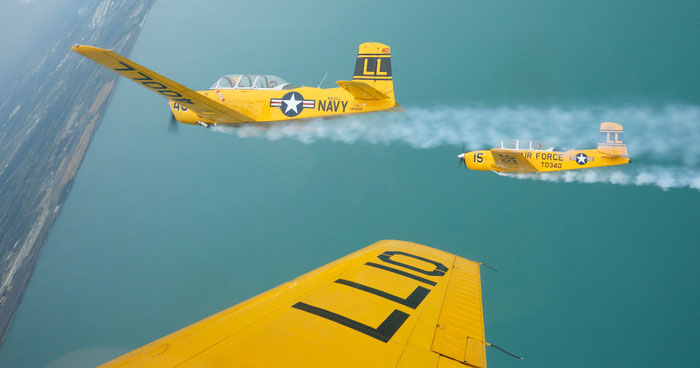 FacebookTwitterPinterest
Related posts
The 4 types of gels photographers can use to kill it in the studio
06/28/2020
The 9 types of portrait lighting photographers need to know-whether they’re on location or in studio
05/16/2020
Playing well with others: how to work with a crew, while not acting like THAT GUY
03/30/2020
Geared crank stands can make everyone a superhero in the studio
03/25/2020
How I made it through the Great Recession as a photographer
03/21/2020
Why I love Aputure’s LED 120D and 300D lights for video
07/10/2019
2 Comments