Give your kernels a kick 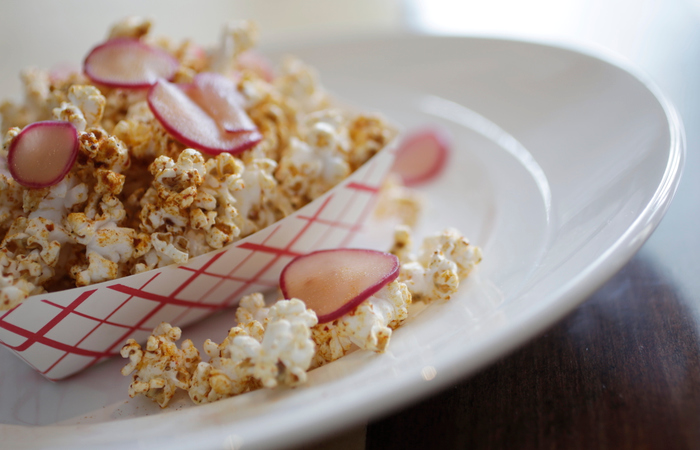 BY BILL BRADLEY, The Daily

Think about this the next time you shell out $8 for a large tub at the movies: According to the experts at the U.S. Popcorn Board (and, yes, there is such a thing), the salty treat became a cinema staple during the Great Depression because, at five to ten cents a bag, everyone could afford it. Price tag aside, popcorn hasnÃƒÂ¢Ã¢â€šÂ¬Ã¢â€žÂ¢t changed much over the years, which is where Joe Doren, head chef at The Peasantry, a Chicago establishment specializing in haute street food, comes in. Ever the mad scientist, Doren grinds dehydrated kimchi ÃƒÂ¢Ã¢â€šÂ¬Ã¢â‚¬Â a pickled cabbage from Korea ÃƒÂ¢Ã¢â€šÂ¬Ã¢â‚¬Â into powder and dusts it on to spice things up. ÃƒÂ¢Ã¢â€šÂ¬Ã…â€œThe next time you go to the theater, sneak in some and toss it right on,ÃƒÂ¢Ã¢â€šÂ¬Ã‚Â he said. Sharing, however, is entirely up to you. 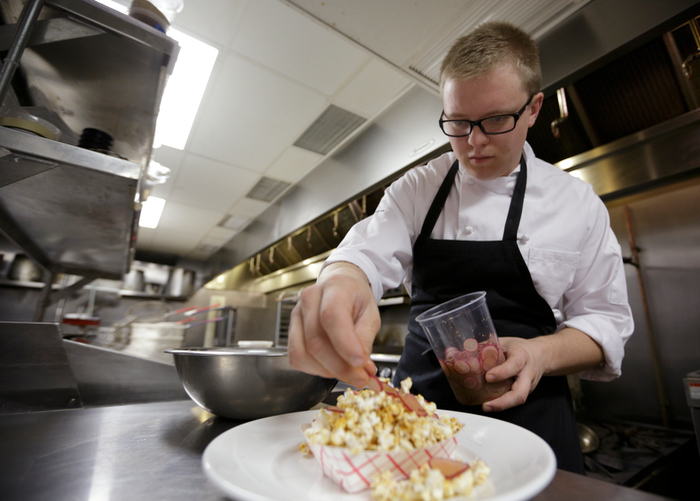 Chef Joe Doran prepares his Kimchi Popcorn at The Peasantry in Chicago, August 23, 2012. John Gress / for The Daily

Chef Joe Doran’s Kimchi Popcorn at The Peasantry in Chicago, August 23, 2012. John Gress / for The Daily

Give your kernels a kick