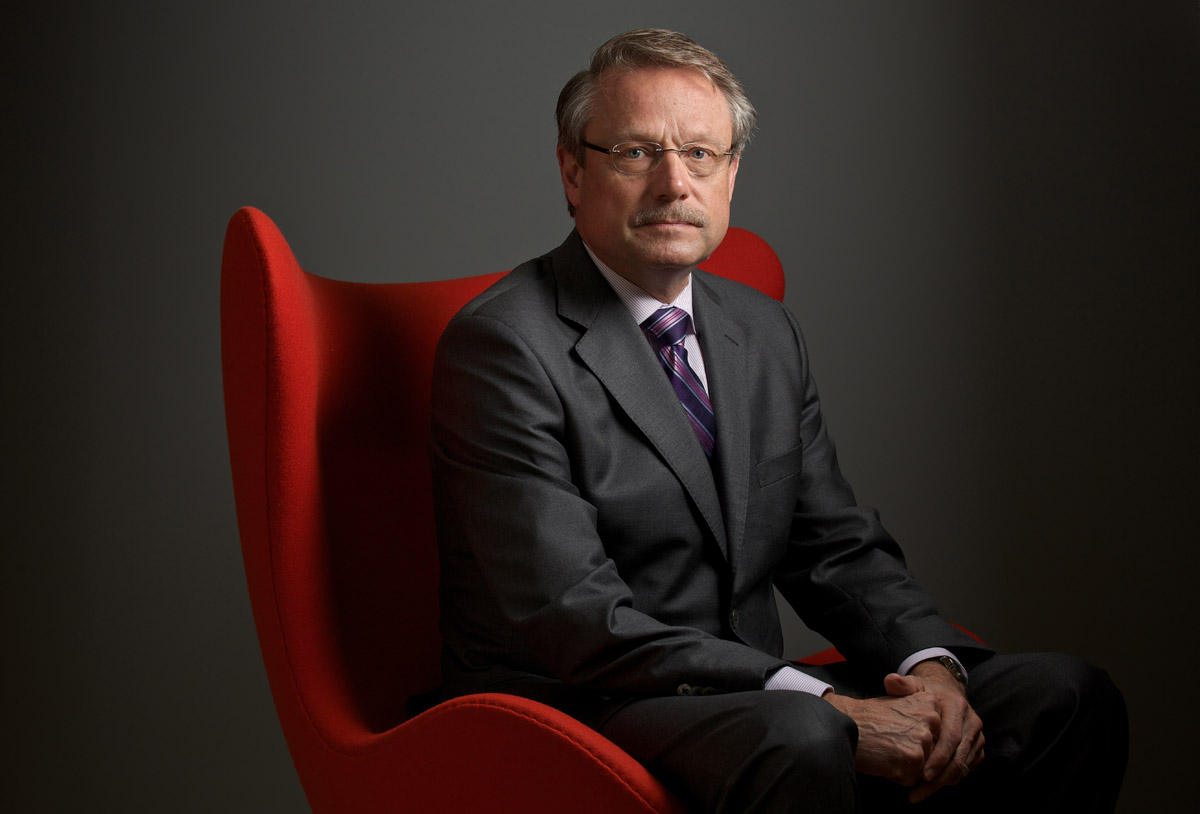 Sometimes life throws you a curve ball. You never know when its coming and you never know if it will be a good thing or a bad thing.

Today, when photographing Dupont Pioneer President Paul Schickler for an environmental portrait to match an interview, I started looking around the office building where the interview would take place for a backdrop. I was in luck they had this really cool curvy retro chair in the lobby which I positioned in front of an interior gray wall. I placed the chair at a point where the wall curved for no other reason than it was the only point where I could back up enough to take the picture. By placing a softbox just out of frame about four feet from the wall and pointed at Mr. Schickler, it created a natural spill behind the subject and a natural shadow to the right. The curve of the wall going away from the camera on the left also cast a natural shadow because the wall surface graded further and further away from the light and faded off into darkness.

Feb 22 (Reuters) – U.S. farmers are clamoring for more drought-hardy corn seeds as the spring planting season nears and soils remain parched across large swaths of key growing areas, the head of one of the world’s largest seed companies said on Friday.

DuPont Pioneer, the seed and genetics arm of chemical conglomerate DuPont, is seeing such a rapid pace of orders that it expects to double the area that its drought-tolerant corn is planted on this year to roughly 5 million acres, said Paul Schickler, president of DuPont’s Pioneer Hi-Bred unit, known also as DuPont Pioneer.

Pioneer, which saw total sales of $7.3 billion in 2012, sees expanded distribution in the Eastern corn belt areas with 44 different hybrids after focusing on the Western corn belt the past two seasons, and is accelerating seed production for similar growth in 2014 as expected this year, said Schickler…Read More