Chicago TV Commercial Director: I hope your day is going as well as mine! I have been looking forward to Justus Clothing launching my bold, new, creative TV commercial, and now the day has come.

For the “Underwear Drawer” TV Commercial, which I shot and directed, we had to do everything at least 15 times so we could walk away with video that could later be assembled to represent six separate days of model Eric Anderson bounding out of bed and getting dressed.

Please help support their charitable effort 1-4-1. For every item you purchase on their website, Justus will donate a new pair of underwear to a homeless shelter: one for one. 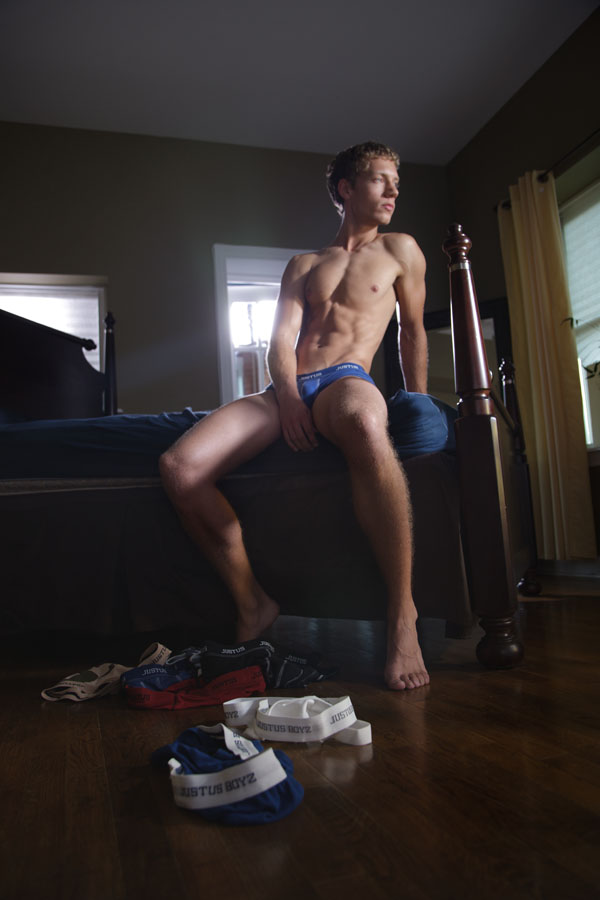 One of the impromptu still shots from the shoot. 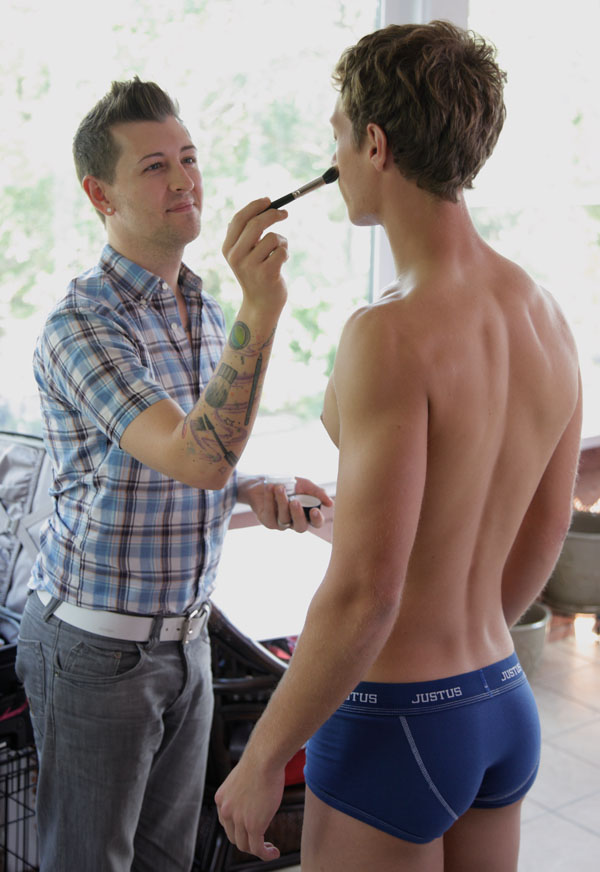 Brandon Trumfio does Eric’s make-up before the shoot. 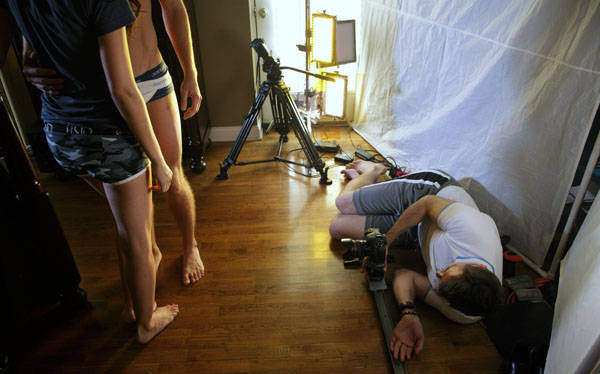 Eric and Monique prepare to begin the final shot of the commercial as I start to film with my Glidetrack on the floor. Thanks to 7000-watts of light and the heat cranked way up for the models, I had to borrow a pair of shorts to stay cool.