Small business promotional video: Earlier this month, I worked with Terry’s Toffee in Chicago to create a promotional video for their small business showcasing their award-winning handcrafted confections. I love helping companies and other creative people tell their stories, especially when my clients are so passionate about their products and services.

You really should try their toffee! Not only is it delicious, but it makes for great gifts. You can sample it in person at 1117 W Grand Ave, Chicago, IL 60642 and you can buy it online.

The History of Terry’s Toffee

In 2002, after many months of journaling based on the course, The Artist’s Way, Terry felt a strong urge to make his Grandmother McCall’s toffee, having made the toffee with his Aunt Jenne Louise a few years earlier. Making it for the Holidays and sharing it with others…soon, countless friends and loved ones were requesting more and more toffee. Terry and his partner Michael realized that they were onto something important.

Grandma’s recipe became the basis for McCall’s Classic. However, having traveled extensively Terry was drawn to the tastes and textures of other cultures. He was inspired to infuse ingredients never before joined with toffee; flavors such as chai spices, French lavender, Madagascar vanilla, Australian ginger and crushed wasabi peas have absolutely transformed toffee.

Following their intuition, Terry and Michael opened the doors of their Chicago small business in 2005.

In a few fast years much has happened. Terry’s Toffee is now enjoyed around the world. It has received countless honors and awards and is a special treat at the Academy Awards since 2005. 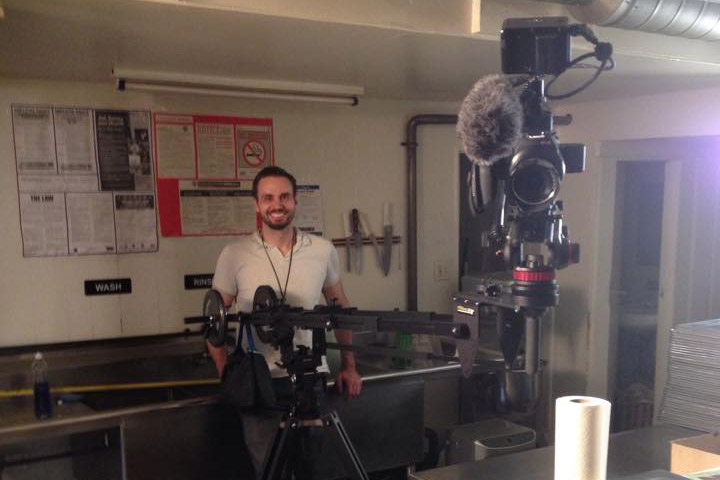 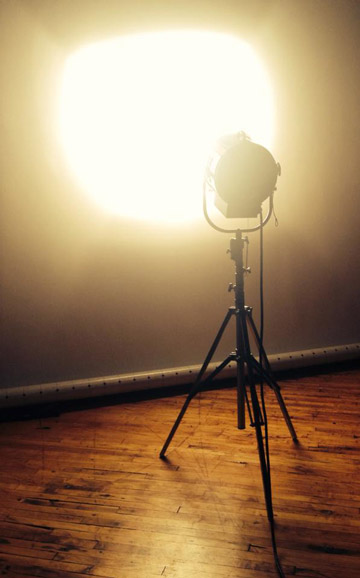 This corporate promotional video production was the first one where I used my new Kessler Pocket Jib seen above with my Canon C100. This particular jib can be configured at a multitude of lengths between 5-8′ on the fly, making it extremely versatile while doing this type of documentary shoot. If you’re wondering what it does, that’s fairly simple. It allows me to shoot shots where the camera dramatically raises and drops during the clip (0:32-0:38, 0:44-0:49). It also lets me position the camera to look straight down(0:50-0:56, 1:10-1:15). Another bonus is that you can quickly position the camera in a fixed position just about anywhere within its arch.

The movements at the beginning and the end of the film were made using a Kessler Pocket Dolly, which allows me to move the camera on a smooth 27″ track. However, these movements were only a small fraction of that distance.

The video production was also an opportunity to use my new Mole & Richardson 2k light, which was the main light source for the kitchen and the interview scenes. The light may look small it the photos, but the front lens is actually 10.25 inches wide. The rest of the scenes were lit with two 2′ Kino Flo 4-light fixtures.Â Â  Overall, I used tungsten lighting to create a warm lightscape that matched the beauty of the product.