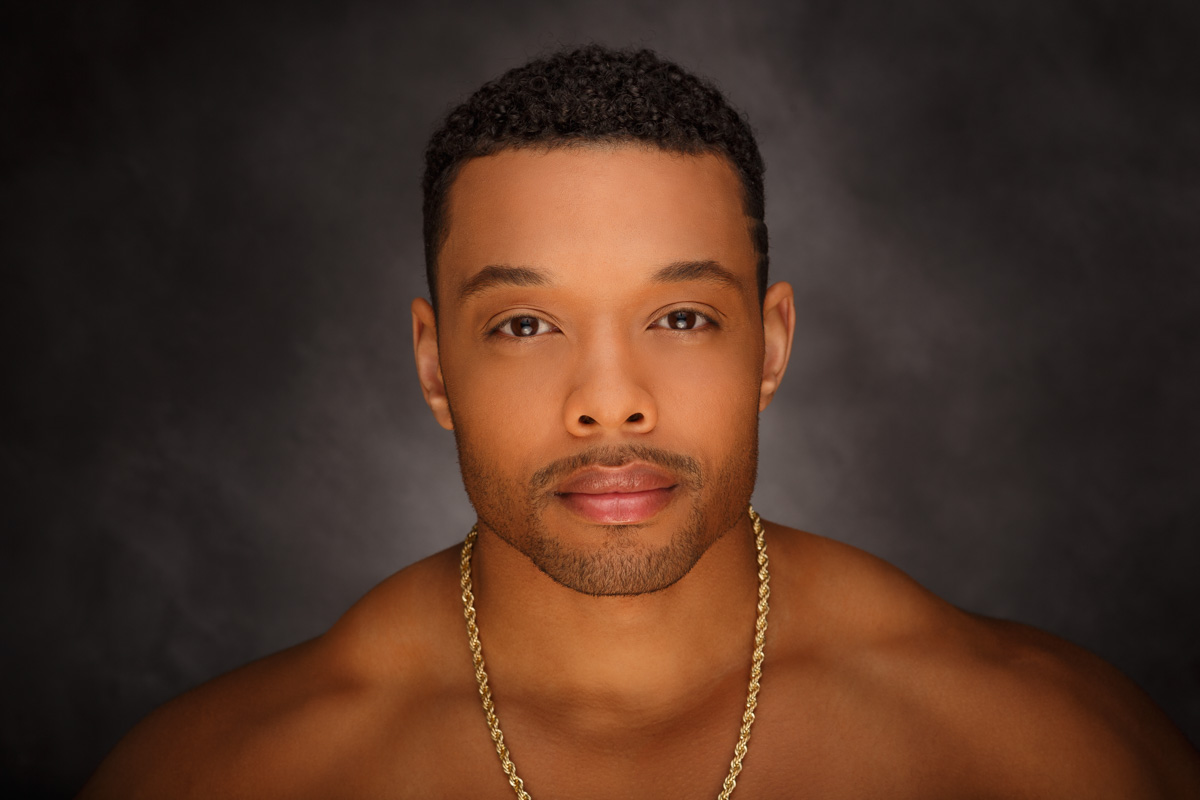 By Chicago Singer Headshots Photographer John Gress: I created a series of portraits for LA and Chicago singer Gabriel Ray to publicize his singles “Cater to You” & “Body Language.”

I primarily used two phototek softlighter IIs, a 60″ above and a 46″ below with a gold reflector insert.

A Chicago native, Gabriel became interested in music at an early age. As a kid, he was able to develop his singing ability at his local church, where his uncle was choir director. As a teenager, Gabriel continued developing his singing abilities singing in all three of his high school choirs; concert, show, and gospel choir. After he graduated high school he earned a B.A. in Economics from the prestigious Northwestern University. Upon graduation, he started working in Finance but his love for music drove his decision to abandon Finance and pursue a career in Music.

A little later, Gabriel Ray relocated to Los Angeles to start his musical journey. Once arriving to LA he teamed up with friend and mentor Freckles the Writer who has written hits for R. Kelly, Janet Jackson, & Seal to hone his abilities as a writer and vocalist. He also has had opportunities singing background for artist such as Madonna and R. Kelly to name a few.  “Cater to You” and “Body Language” are two singles off his untitled album scheduled to be released in the Summer of 2016.