Chicago newspaper portrait photographer: I love creating environmental portraits of people in unique spaces and this photoshoot for Swiss newspaper Le Temps was no exception. The French language newspaper is one of the largest dailies in the country and serves Thomas Zoells home town of Geneva. 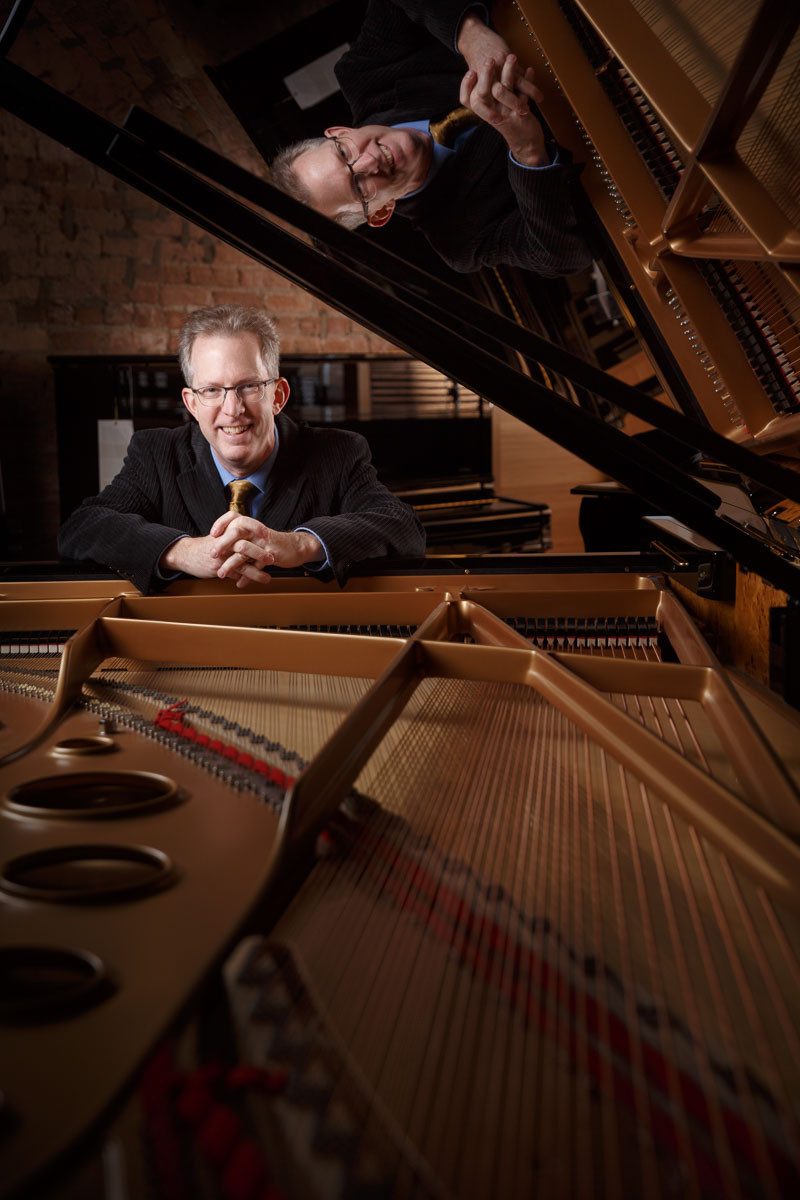 In his first life, Thomas Zoells was banker to the SBS. Today, he represents the prestigious Fazioli piano brand in Chicago. By photographer John Gress

Along South Michigan Avenue, Chicago‘s recent industrial past seems to ooze everywhere. This is where Thomas Zoells decided to build, a year ago, his store PianoForte. An unlikely place for Switzerland born Soells who became an US citizen a few years ago. On the ground floor you can find acoustic and digital pianos of the biggest brands: Yamaha, Kawai, Fazioli, Grotrian, Feurich or Steinway. Upstairs, rehearsal rooms, a professional recording studio and a performance space for recitals met with attentive audiences.

For Zoells this is his passion. He would not be content to sell Yamaha or Fazioli. He had greater ambition: to create a “piano temple” to promote culture and the instrument he has played himself since the age of 10.

In the Chicago area, notes the American-Swiss Zoells, sales of new pianos fell by 50% between 2000 and 2008 and in the same proportion from 2008 to 2011. The secondary market is however growing: “I get three to four calls a day from someone who wants to sell me a used piano, ” he notes… Read more (in French)