Chicago actor Isaias Perez is the second model I found on Instagram who I have worked with on a headshot photoshoot. I’m not going to lie, it was his hair that drew me in. I knew immediately he would be perfect for some catalog style suit photos as well as standard actor headshots on a white background. The shoot wouln’t have been a success without the hard work of stylist Isaac King.

After we finished shooting the suit photos, we headed outside to catch the sunset and some fall color along Lake Michigan in Rogers Park. 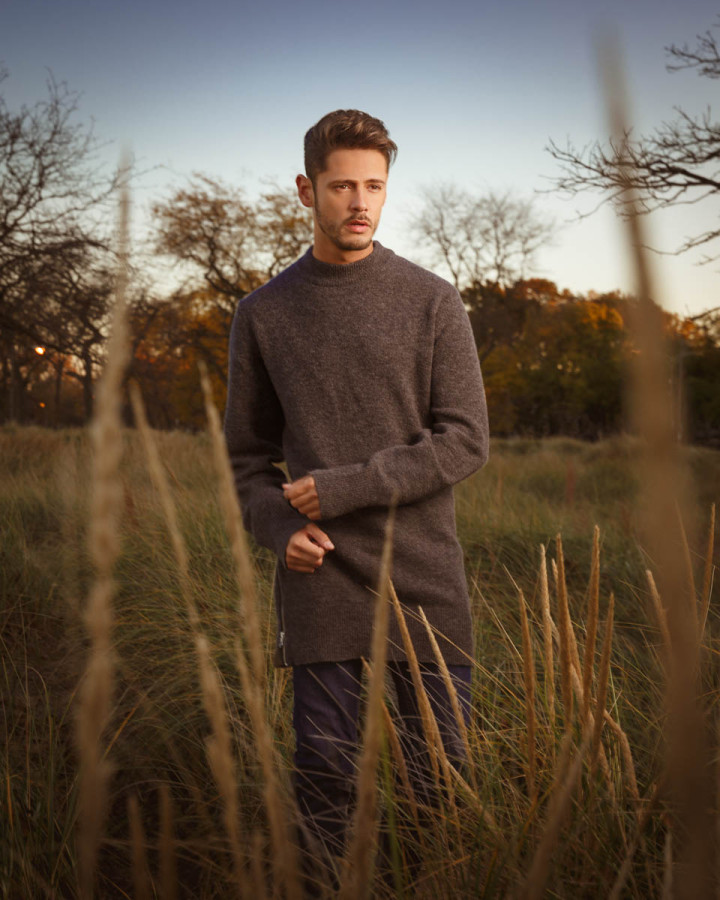 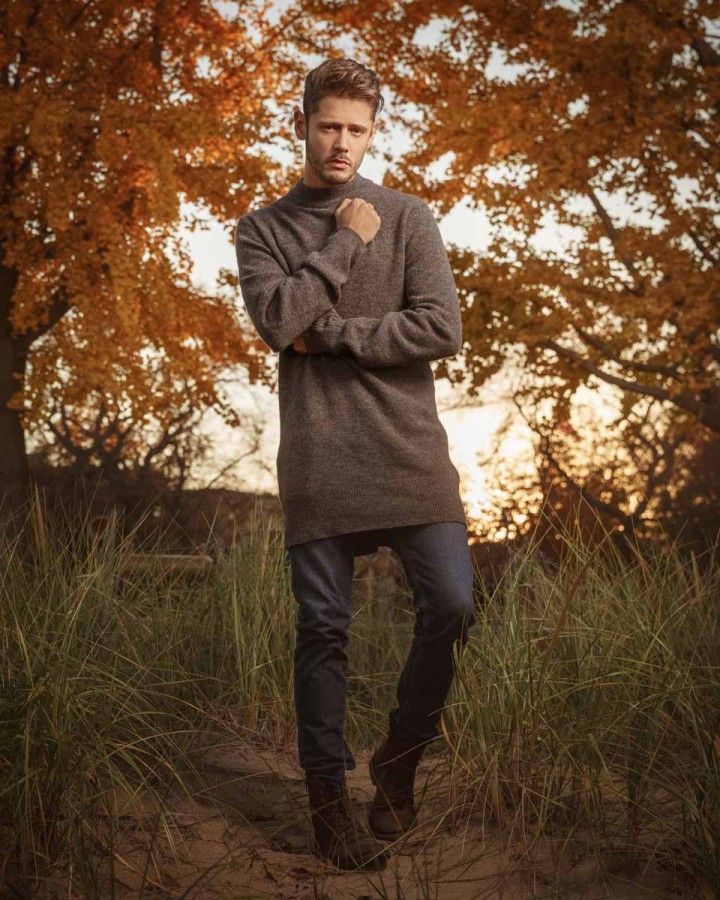 I really liked how converting this image to black and white brang out the angles of his bone structure. 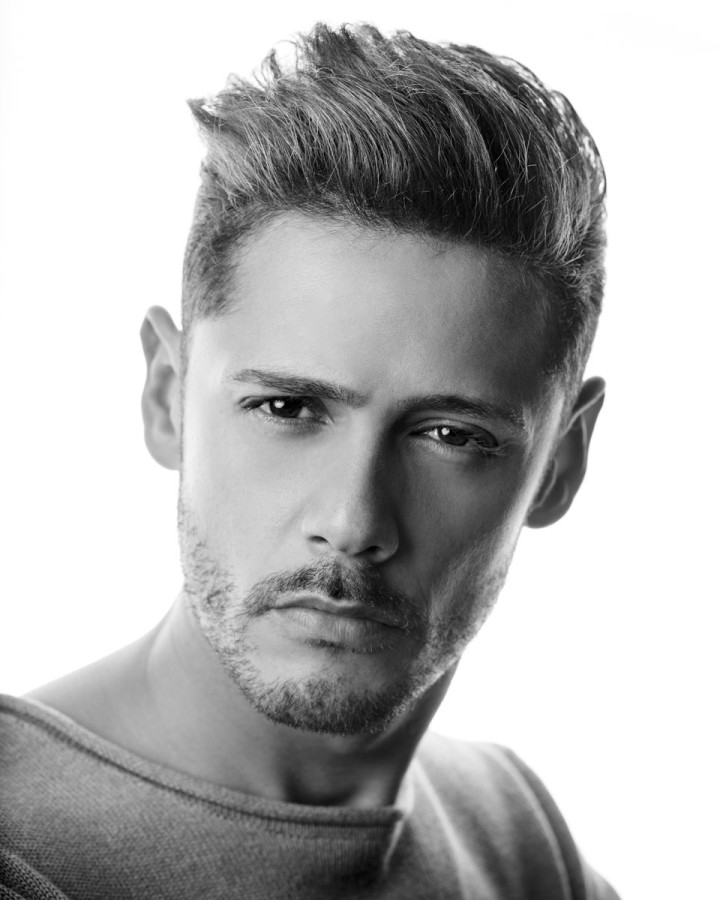 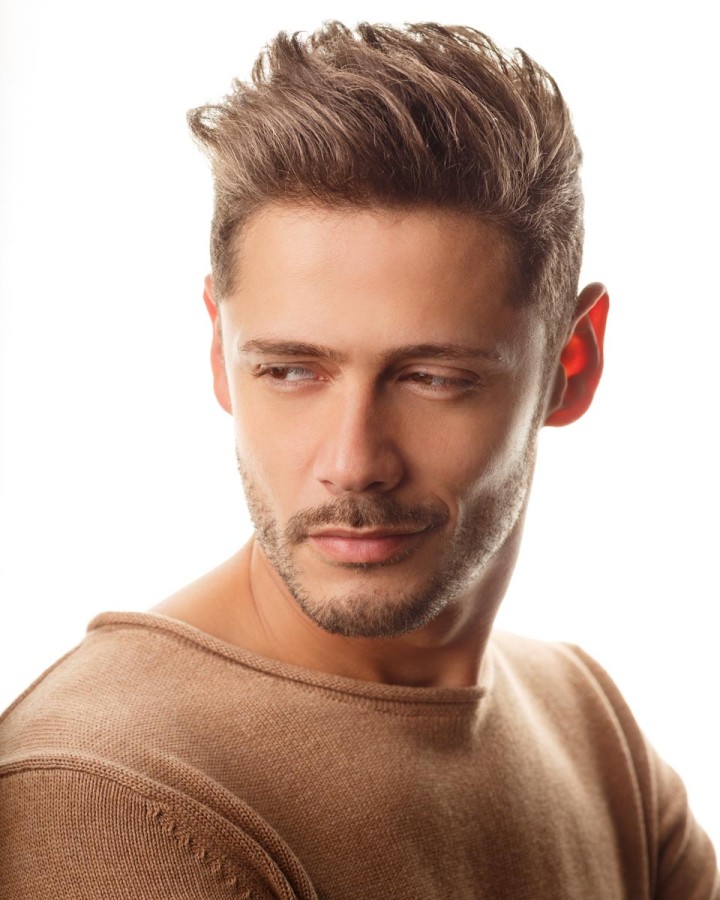 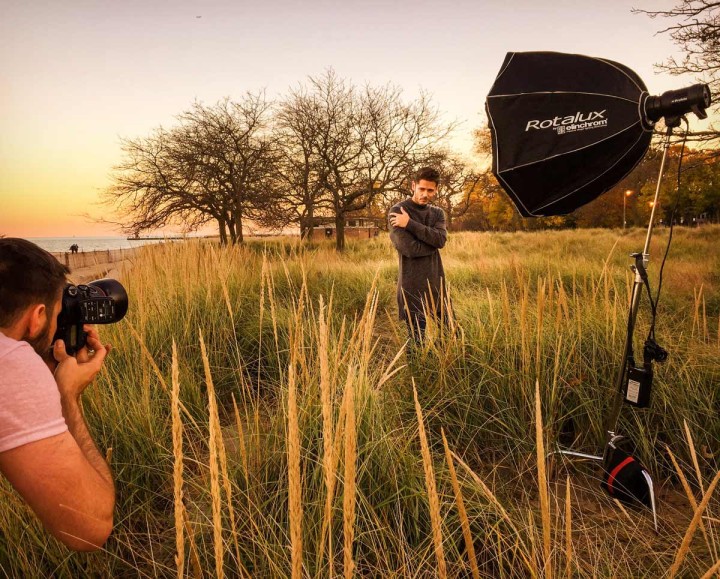 camera for all of the Chicago Actor’s headshots. When we went to the beach I used my Paul C. Buff Vagabond Mini Lithium Batteries.

From his IMBD profile

Isaias Perez, born in El Paso, Texas by Puerto Rican parents is an actor and model living in Chicago, Illinois. Graduating from Northeastern Illinois University with a Bachelor degree in Theater Communication and Media. He has experience in acting, directing and musical theater production. His work includes productions such as “The Blessing of Christmas” 2007, “The Interview” 2009, “El Precio” 2010 and “Crazy Family” 2011.He also worked in film and television; “Sports teen” 2005 Telemundo, “Caos” 2005 and “Slayer” SyFy Channel 2006. He is a model with Modelogic Midwest where he has worked in commercials, fashion photo shoots, magazines, and walked in fashion shows. He served as a co-writer, co-director and actor for international Spanish radio series ¡Qué Gente, Mi Gente! (season one to season six) and the theatre production “The Secrets of Santa Monica” produced by Family Bridges.He is also part of the new theater productions; “An Evening on Broadway,” Produced by “Broadway 360 theater company”. “Joan” and “Etude” Produced by “The Sigman Brothers Original Theater Productions” in Chicago.