Behind-The-Scenes: Shooting “I Will” Music Video

Thursday I started filming a music video for “I Will,” which will debut next month. Needless to say, I was very excited as production began and sequences started coming together. I really loved writing the script, directing the actors and executing my vision.

The project came together after I contacted singer / song writer Marshall Titus last month when I needed a track to go with a PSA I shot for A Day With HIV In America. Not only did the inspirational song have a great instrumental track, the words matched the campaign, which works to stop the stigma against HIV and those affected.

After listening to “I Will” 100 times and editing the PSA, all the pieces of a short screen play started to come together in my mind. I then bounced ideas off of Marshall and other friends before settling on the final script. Thankfully, Julius C., Nelson G., Gemini W, Joseph H., Kelly Ann and Gustavo agreed to act in what turned out to be a very short film set to music.

A special thank you goes out to Keith, John and John for lending their apartment and to Stella’s Diner and TPAN for providing additional locations. Make-up by Deirdra Carney, Assisting by Gun-Woo L., Marshall C. and Melvin R. 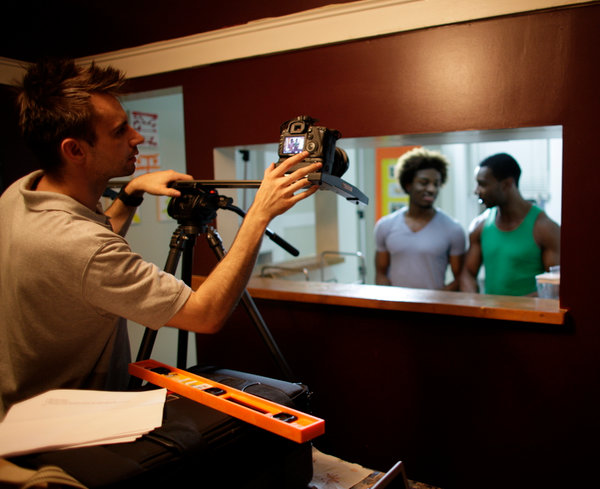 John uses a dolly move to shoot Nelson and Julius.

Julius lies in bed as John uses a camera controlled by his laptop to shoot the opening scenes.

John compses the next shot as Nelson looks on.

Make-up Artist Deirdra Carney touches up Nelson for his debut in the video.

Julius and Nelson take their places on the set as John checks the script. 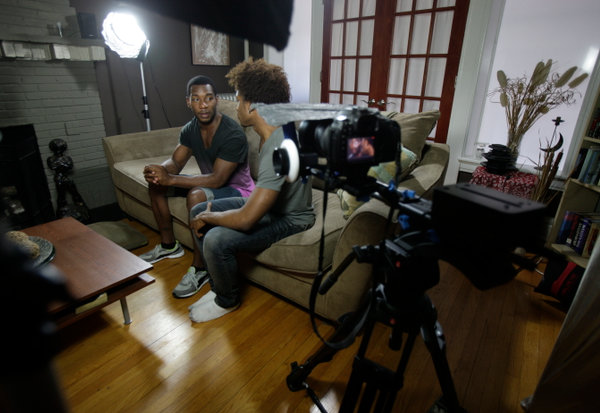 Julius' and Nelson's characters have a serious conversation. 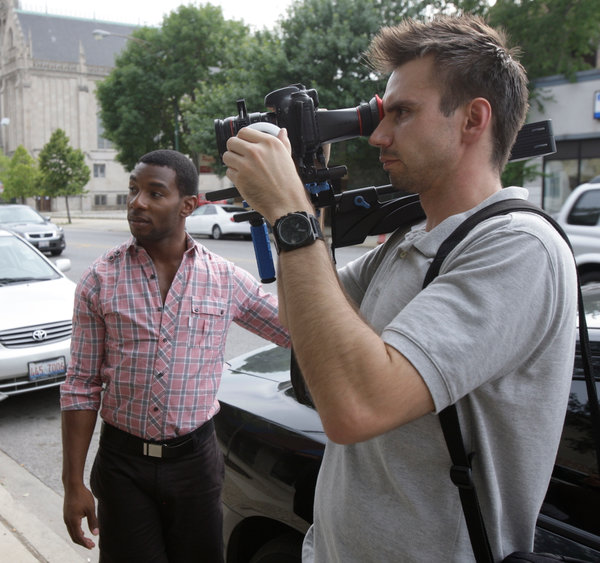 John gets set up to shoot Julius on the street.

Behind-The-Scenes: Shooting “I Will” Music Video