Shooting the album cover for Chicago singer Marcus Matteo‘s debut EP Break Free was fun to say the least. It must have been the first time I photographed someone cutting off their own clothes. 😉 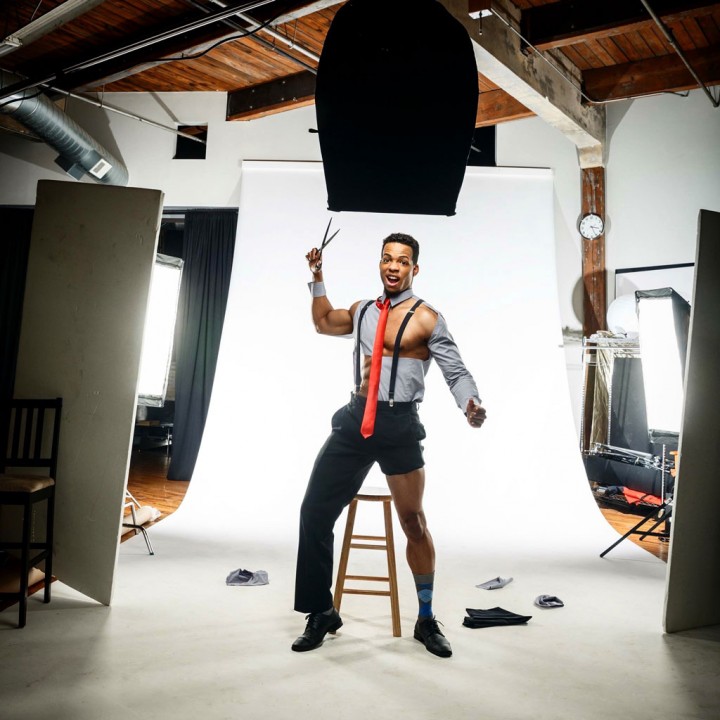 You can watch the music video for Matteo’s single Boomerang, which is on Break Free.

Chicago born singer songwriter Marcus Matteo, possesses a indistinguishable one of a kind voice, comprised of a far reaching, clean and resonant tone that seamlessly crosses genres, generations and musical taste alike. Add to that, captivating melodies, clever lyrics that tell relate-able life stories, and a unique creative mind and you’ve got the recipe for a rising music star. Drawing inspiration from greats such as Stevie Wonder, Michael Jackson and Sammy Davis Jr., Marcus has developed into a versatile, passionate and enthralling performer. After more than a decade as a professional singer in the Chicago live music scene and a online fan base of thousands via popular YouTube covers, in 2016 Marcus crosses into the world of original recording artist with his debut release ‘Break Free’. A 6 track EP of warm and uplifting pop tunes. Stay connected to Marcus Matteo via MarcusMatteo.com and follow us on Facebook, YouTube, Instagram and Twitter!