What ARE those lights I keep putting in my photos… 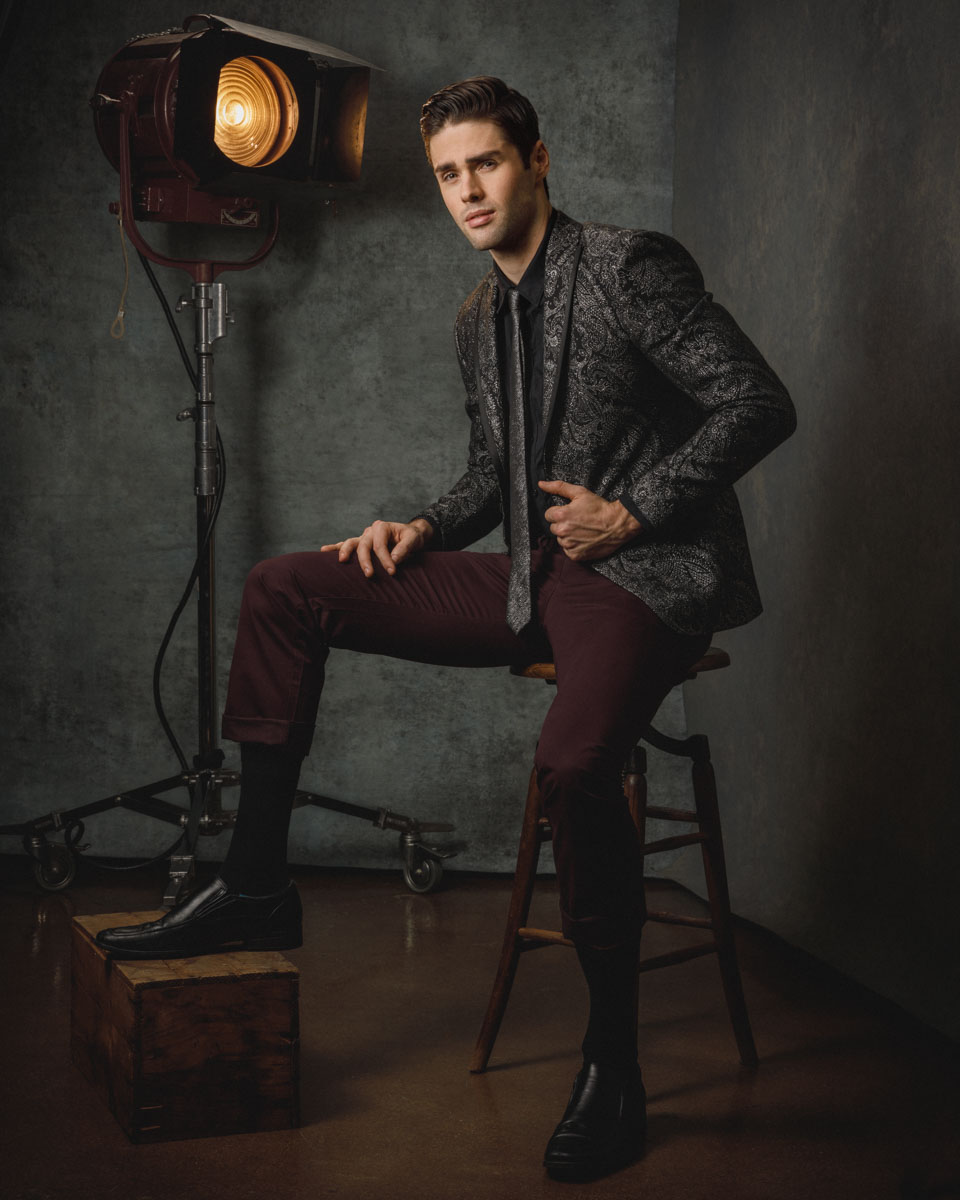 One of the most popular questions I am asked is: what are those lights in the background of your portraits? Aside from the one time that I used a Profoto Monolight unsuccessfully, every other occurrence I can recall featured a vintage light designed by Mole-Richardson.

When I place one of them in the frame, my typical exposure is 1/200 at f11 ISO 100. For the most part this allows for the light to have an impact on the final illumination of the subject without blowing the exposure of the fixtures face. You should be aware though that once the lights are turned on, they draw between eight and 17 amps, which means that if you have your flashes on the same circuit, you may blow a fuse. However, in the wintertime, these hot lights will keep your models nice and toasty.

The two smaller lights (above and below bottom ) are a Mole-Richardson 407 1000 Watt Baby Fresnel. The light is typically 1000watts, but the blue one I have was unfortunately turned into a lamp buy some well-meaning idiot and now only has a 300 watt bulb. This is sort of a problem from time to time because I would like to use it as a kicker but it’s not very bright.

. After a few months of use this light stopped working and I couldn’t figure out how to fix it, so I ended up selling it as is on eBay. I’m not sure of the exact economics, but I would venture to guess that I only lost about $50 on the deal.

The largest light is a Mole-Richardson 2000 Watt Fresnel (above). The 2k light is extremely bright and I have used it as a kicker, even when its not in the shot, to illuminate the models hair, their shoulders and to warm up the color temp of the scenes (below). These fixtures are often available for between $200-250, but if you wait long enough, you will be able to buy one for below $175 plus shipping. One thing you should be aware of though, is that this light requires a junior stand, which in common or photog parlence, has a large female receiver rather than a small mail probe. Isn’t that always the case…

Mole Richardson makes larger lights, however unless I’m missing something, you can’t plug any of them into the wall in the United States and so it’s not really functional to use them as an illuminated prop. Moreover, the company’s 5K light is 14″ in diameter, compared to 9 7/8″ for the 2K. In metric, that’s like 3m verses 2m. 😉

In addition, to the lights, Mole made light stands too! The baby stands (above) are normally the standard Mole red, sell for around $150 used, are extremely solid and made of steel or brass. The junior counterparts (below), while rare, can be had for around $200.

What ARE those lights I keep putting in my photos…

FacebookTwitterPinterest
Related posts
Photographers: Developing your personal sense of style so clients will come to you for your work
07/05/2020
The 4 types of gels photographers can use to kill it in the studio
06/28/2020
Store and protect your photo & Video data easily with an expandable Drobo beyond RAID storage solution
06/27/2020
How photographers can stain their apple boxes to create a weathered antique photoshoot prop
06/17/2020
The hard truth about softboxes
06/07/2020
The 9 types of portrait lighting photographers need to know-whether they’re on location or in studio
05/16/2020
Workshops