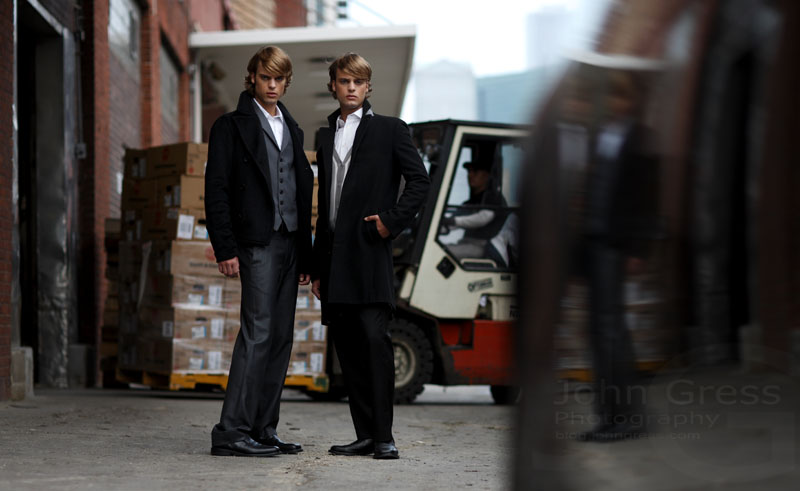 Meet the Parker Twins. When I first met Austen and Tyler, I could not tell them apart. I noticed one of them had a blemish where the other one did not. However, as soon as we started shooting, I would throw something out like “Austen move to the left.” That way I would know who was who so I could give the rest of the direction. 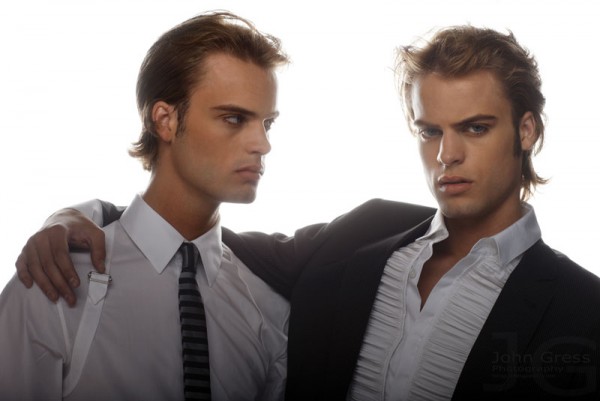 "These guys were super sweet. But literally Austen does all the talking and gives all the direction while Tyler does what he's told. LOL. I guess they know what works for them!" - Stylist Isaac King 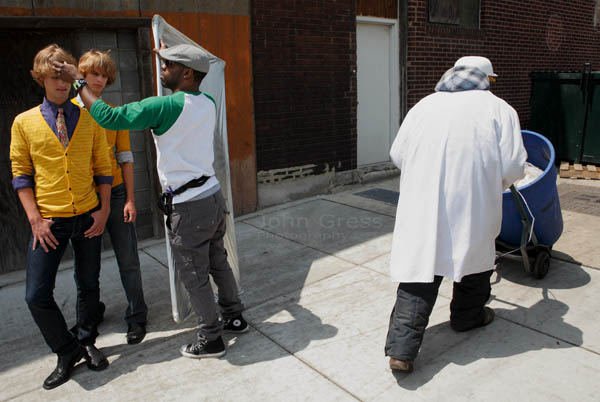 Stylist Richard Paden plays hair stylist and reflector bitch as one of the neighborhood meat packers passes by. 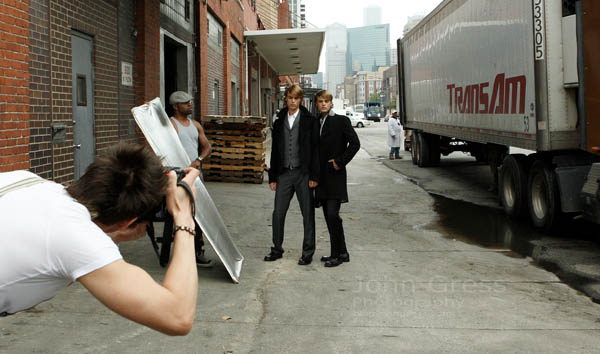 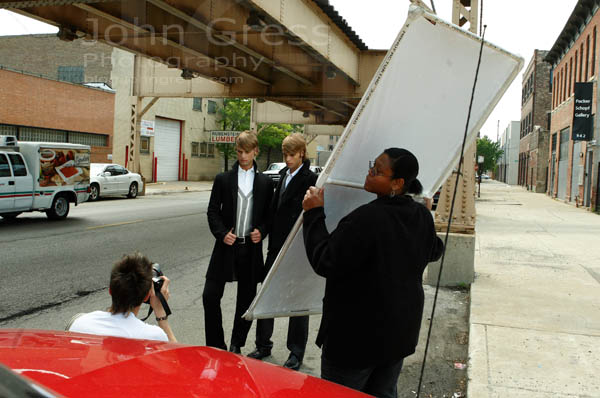 Make-up Artrist Deirdra Carney does double duty and holds a reflector for me. Most everyone on set at our shoots pitches in when needed. She also watched my back, so I wouldnt get ran over.