Over time, I have seen many images where a pattern is projected onto someone’s face, and I’ve always struggled to simulate this type of lighting. My attempts usually resulted in poorly defined shapes and not the sort of razor-sharp edges I was expecting.

There is a general principal in lighting: the larger the source relative to the subject, the softer the light. This is something basic that I have known for many years. Given that, what I was doing wrong should have seemed obvious, but unfortunately it wasn’t.

I needed to use the hardest light possible.

At first, I was successful using an LED light with a fresnel attachment, which worked well except for the part where I was shining the equivalent of 650 watts of light in someone’s eyes. I saw other photographers in behind-the-scenes photos use a silver beauty dish with success, but when I tired it I failed, I think because the holes I was trying to shine the light though were too big and/or too close together. 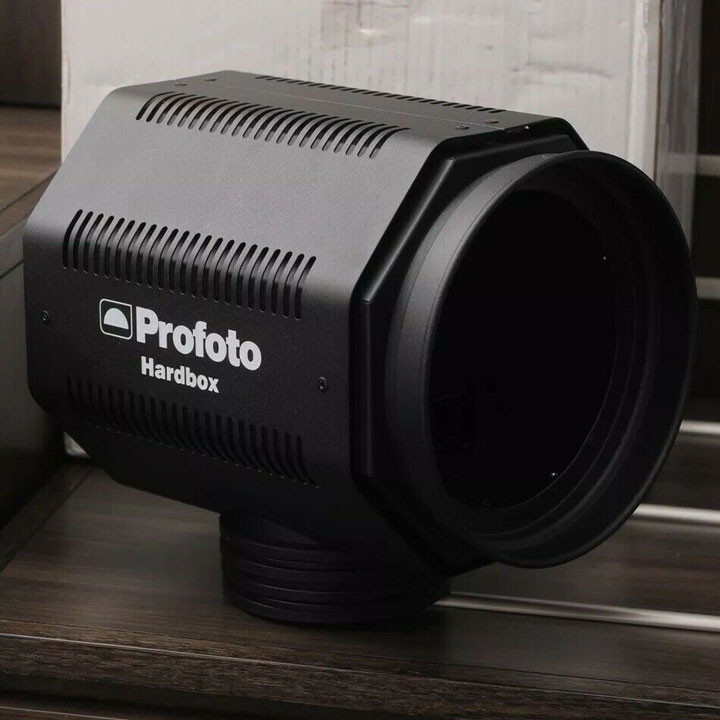 Then one day, a friend convinced me to buy a Profoto Hardbox, and then, boom! It became easy. A Hardbox is essentially a black metal box, with an opening on one side, that positions the flash head perpendicular to the subject, exposing the flash tube to them in profile. The result is a tiny light source. And given the aforementioned principle, a small source is a very hard source.

With the Hardbox about 4.5m (5′) away from the model, David Kushnir, I was able to project the pattern of a radiator screen, that I picked up from a hardware store, with sharp precision. While shooting in a dark room with the only light coming from the modeling light in the Hardbox, I was able to move the screen closer and further away from the subject until I saw the defined pattern of the Union Jack displayed across the model’s face. But there was a small problem.

I lit the model from the other side using a Mola Softlights Rayo, a 40cm (15”) silver beauty dish. You can use anything for this main light source; just make sure it’s small and produces contrast. The pattern would never exist if it didn’t live in the shadow produced by this main source.

The problem was that I hated seeing the pattern in the model’s nose shadow, which was of course created by the main light, so I tried to come up with a solution. Standing there perplexed, I thought back to over 20 years ago when the best high school photo teacher ever, Greg Wahl-Stephens, taught me how to dodge and burn in the darkroom. So, I taped a piece of cinefoil to the end of a metal straw and went to work. The first time I did this set up, I got stylist, Pablo Roberto to assist, and had him hold the tiny flag in place. On subsequent attempts I have held it in position with a grip head. 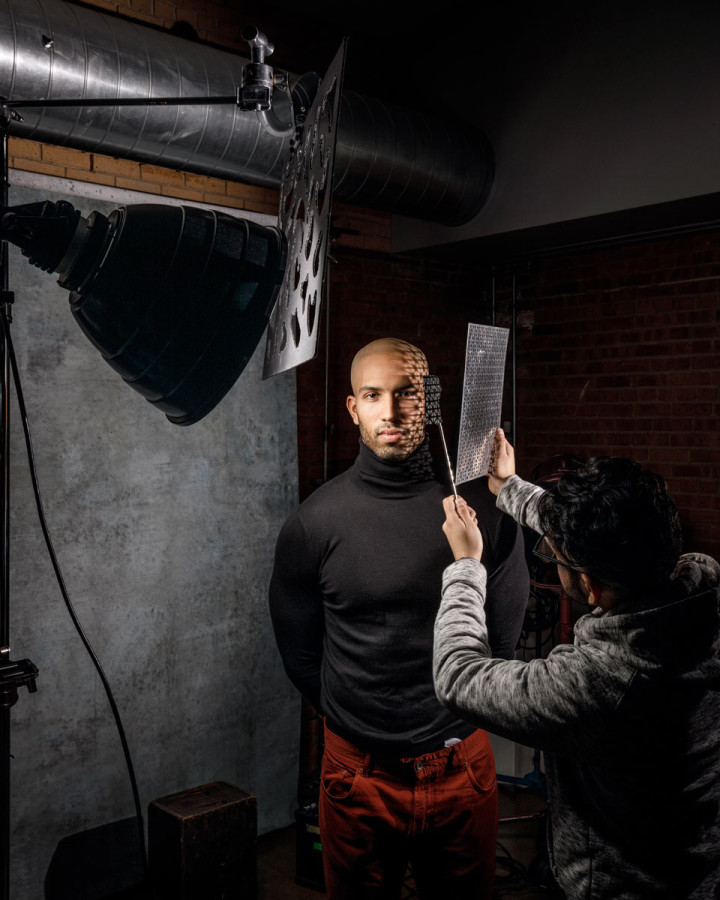 I also needed to add one more thing before the image was complete: a flag at the top edge of the main light, so the light would fall off on the top of the model’s head, causing the viewer to look into his eyes.

After switching to Elinchrom, I sold my Hardbox and I was worried that I wouldn’t be able to pull off this look any more. But then, I realized I could get the same look with a standard reflector, I just had to move the light a lot further away, around 4m (13′) from the subject.

Makeup basics for male models of all skin tones