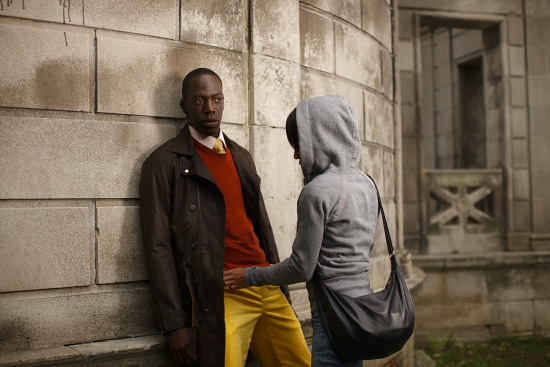 Ethnic, who loves to proclaim ‘Black is Beautiful,’ flew from Atlanta to work with us. He was only the second model we worked with who didn’t live in the Chicago area. Today, working with out of town talent, is far more common. Because our standard modus operandi was to shoot in my hood, we decided to head over to stylist Isaac Kings house and shoot in some nearby parks. 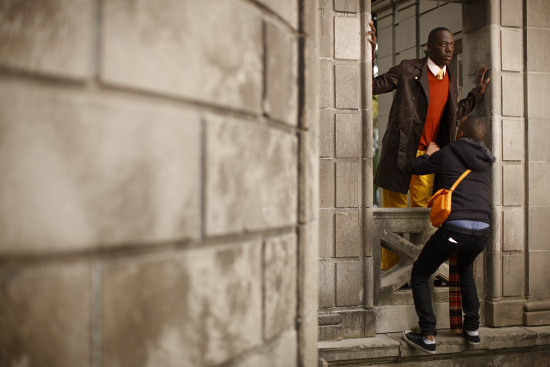 Stylist Isaac King puts his back into it! "This is when Ethnic was trying to position himself, so he asked John if he could put his knee on the concrete," King explained.Ãƒâ€šÃ‚Â "John replied 'Yes,' and then I yelled 'hell no!'Then rushed to put a plastic bag under his knee. Sorry I didn't want to get suck with $400 canary yellow corduroys." 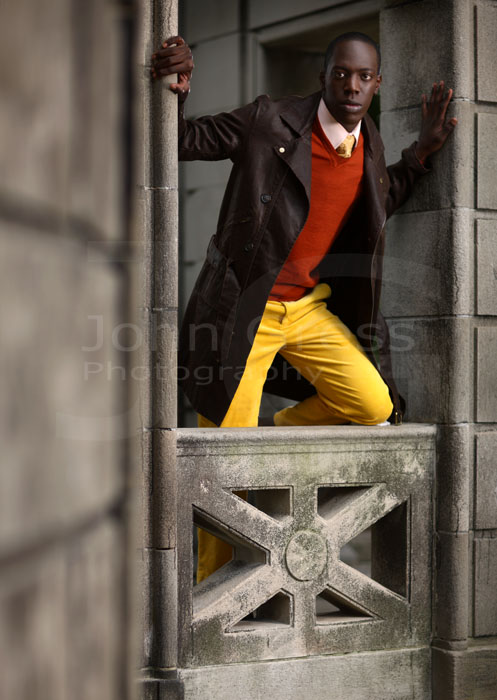 "Ethnic has such a gorgeous complexion, I thought I could better complement it by using a variety of bright colors. Plus the chocolate trench really pulled everything together." - stylist Isaac King 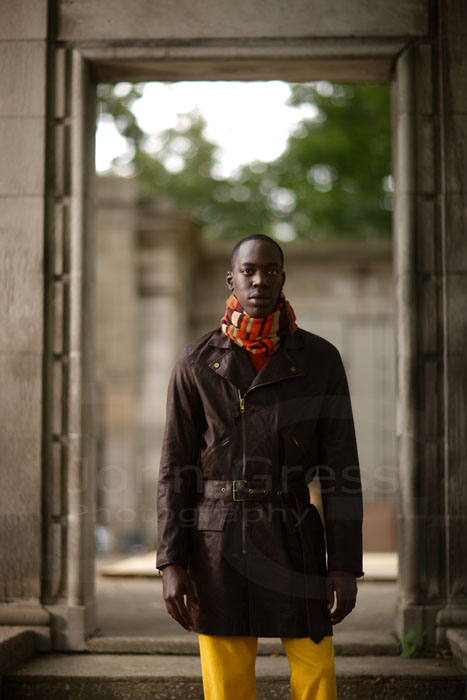 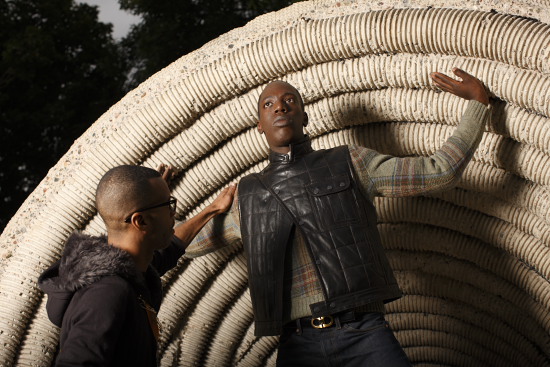 "This cone was right down the street from my house and John took me there," said stylist Isaac King. I used to live near Isaac, but we didn't know each other back then. I would drive past this sculpture, made out of concrete covered plastic pipe, on my way to the gym. 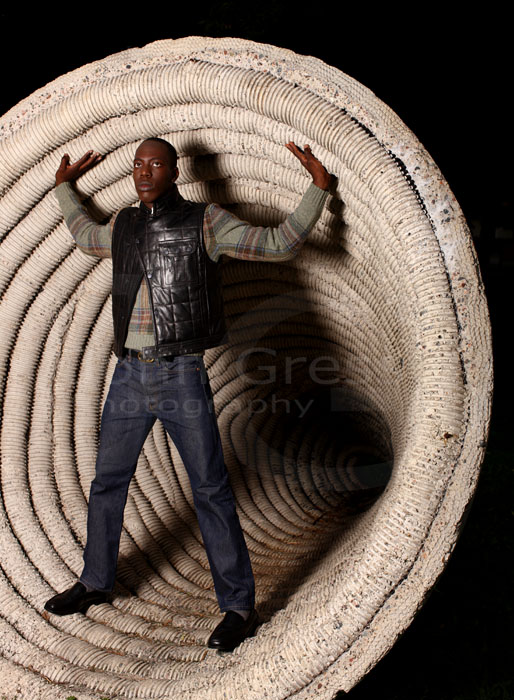 "Not to toot my own horn," stylist Isaac King began to explain. Oh the irony.. I guess he could have said fashion cornucopia. He continued, "but at no point during the shoot was Ethnic wearing less than $4000 worth of clothes... well except for the underwear shot!" 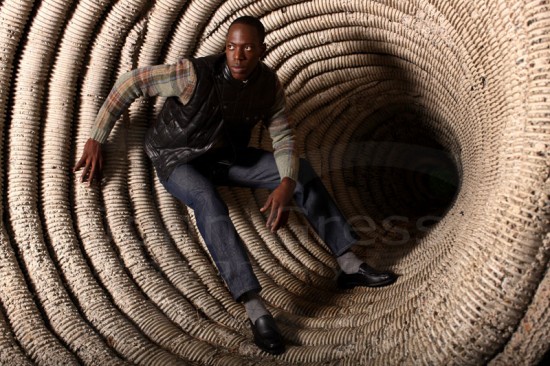 "I supplied everything but the socks, it was just a coincidence that he brought plaid socks." - stylist Isaac King