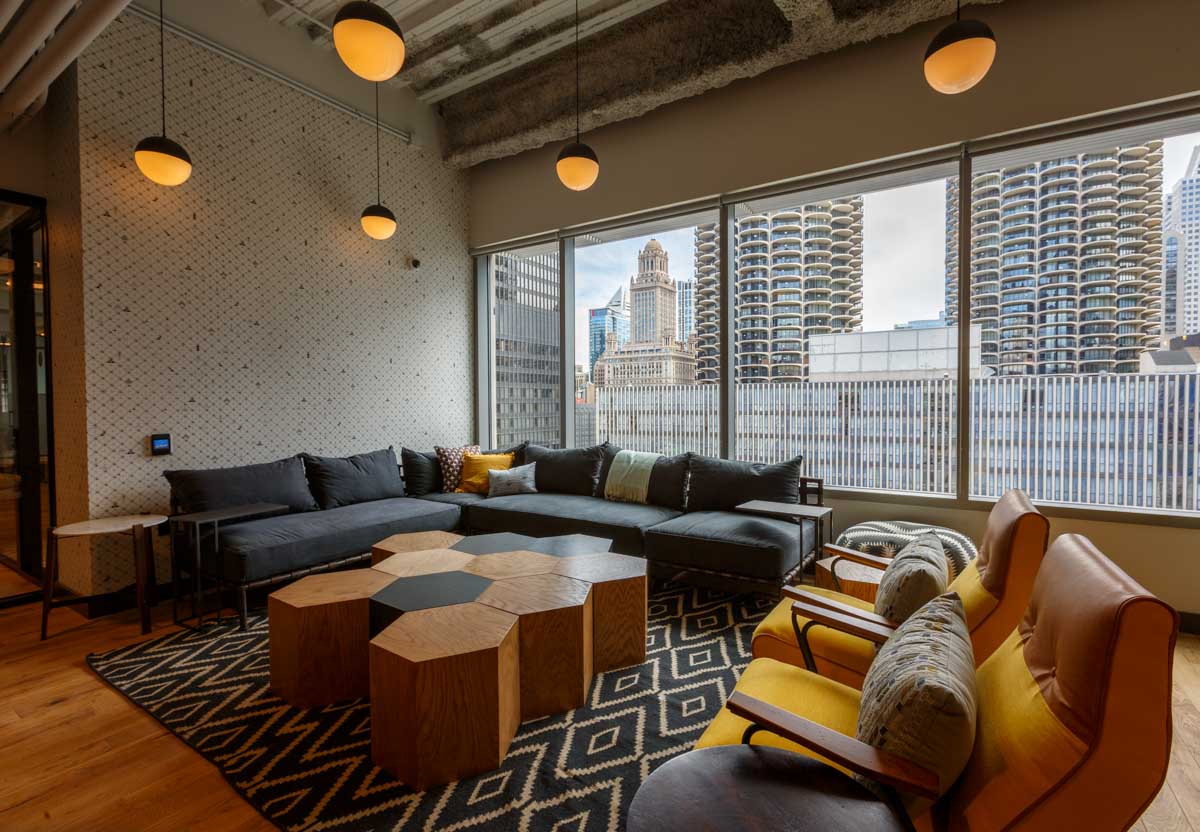 Feature Photo Service, a public relations photography firm, hired me to shoot a series of images for the office sharing company WeWork to help promote their new Chicago-River North Location. This assignment provided me with an opportunity to create a series of HDR (high dynamic range) architectural images of the companies interior. The images were there shared with and published by local media like the Chicago Tribune:

WeWork Kinzie plans to eventually take up five floors of 20 W. Kinzie St., but only two of the floors open Friday. The remaining three floors will be added this fall for a total of 2,000 desks at that location, said Bailey Dodds, community manager.

The space overlooks House of Blues, and the décor pays homage to Chicago’s music scene. There are Kanye West lyrics written into the tile near the elevators, music-themed wallpaper in the conference rooms, and a piano on the 17th floor in the main event space.

The views, amenities and nearly wraparound terrace will likely make the Kinzie location the main WeWork event space in the city, Dodds said. Its current desk count in the city is around 2,000.

A dedicated desk costs $520 per month, and private offices start at $750. Available offices can accommodate one to 55 people.

To Create the HDR commercial photography architectural interior images, I took three RAW photos of each scene which were properly exposed, over exposed and under exposed. Then I used Adobe’s Lightroom to combine the three RAW files to create a single High Dynamic Range photo.