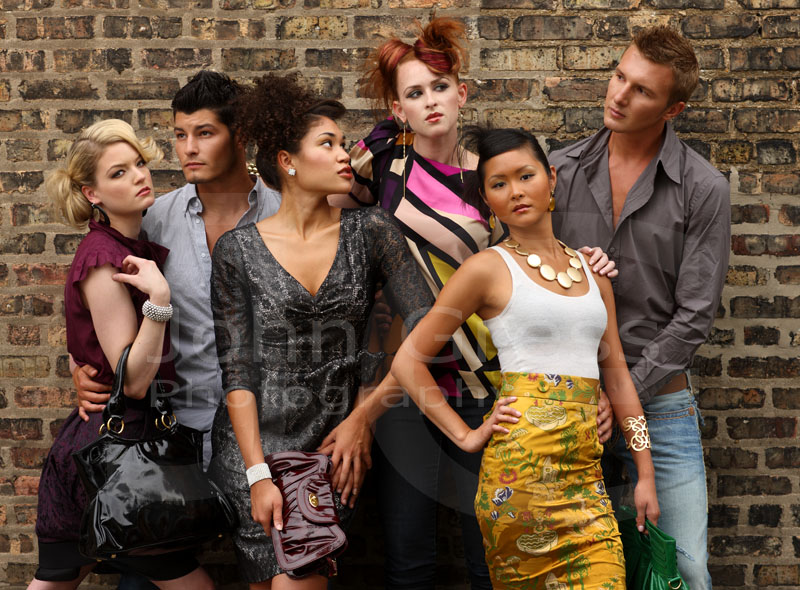 I worked with stylist Isaac King, Richard Paden and producer Alxis Rivera to execute this shoot for a Chicago boutique. 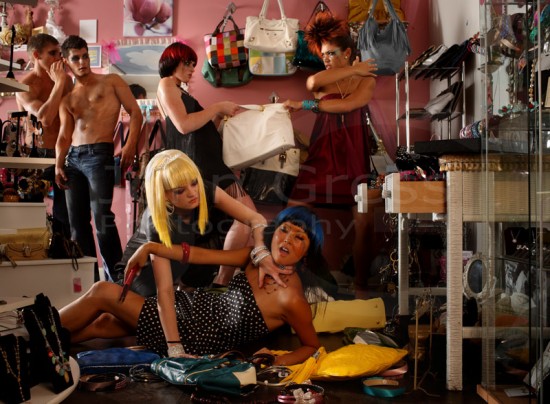 This is one of my top 5 photos of all time. It was a great collaboration between the models and the whole crew. The idea just sort of came about organically. One person suggested the girls fight over a purse and we took off from there. All we needed to come up with was some prop styling, lightning and direction: “Act like you’re going to smack the F#$% out of that bitch,” and “Maggie, you gotta look like she’s trying to kill you!”Ãƒâ€šÃ‚Â  Stylist Richard Paden originally wanted the shoot to convey that the models ware on their way to a concert or other evening event, but in the end was instrumental in staging this stunning image.