When words are not enough

Sometimes you have to look someone in the eye and express something words could never say. This was one of those times.

I met Shirley Chambers yesterday a mother who has lost all four of her children to gun violence. A woman who seems as pleasant and as motherly as many of the women I have met during my lifetime. 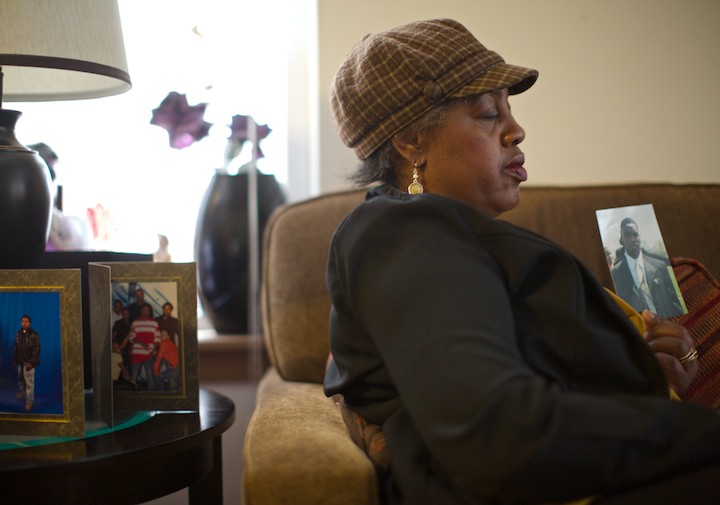 Despite my hopes for some resolution going in to this assignment, I walked away from her home today, still left wondering… why? Why did this have to happen and how could one woman take this much pain.

Chambers will bury her son, Ronnie Chambers, on Monday. He was the last of the single mother’s children – all victims of gun violence in Chicago over a period of 18 years.

“I was in shock, truly, because I’m just knowing that Ronnie’s going to grow up and be an old man. That was in my heart,” said Chambers, 54… Read More

Family photographs are arranged to show, clockwise from top left; Ronnie Chambers at his brother Jerome’s funeral in July 2000, Carlos Chambers, Jerome Chambers and LaToya Chambers, at the home of their mother Shirley Chambers in Chicago, Illinois, January 30, 2013. Shirley Chambers had four children – three boys and a girl. Now they’re all gone. Chambers will bury Ronnie on Monday. He was the last of the single mother’s children – all victims of gun violence in Chicago over a period of 18 years. REUTERS/John Gress

When words are not enough