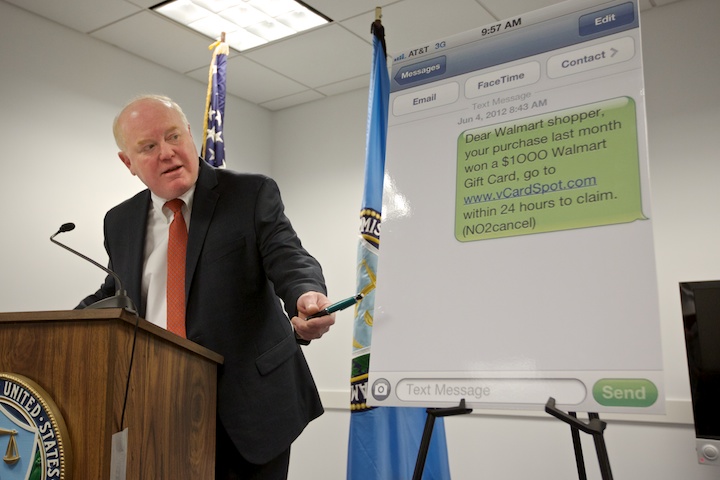 C. Steven Baker, of the Federal Trade Commission, outlined the lawsuits on Thursday in Chicago. John Gress for the New York Times

We’ve all gotten them. Well most of us anyway. Last year the FTC received 50,000 consumer complaints about text messages and of those 20,000 contained prize offers. Today they announced eight lawsuits against spammers operating what they say amounts to a phishing operation.

If you get one of these texts, you can report it to the FTC and forward it to 7726 which will alert telephone carries so they can work to block the spammer.

WASHINGTON â€” The Federal Trade Commission said on Thursday that it had recently filed eight lawsuits in federal courts around the country against companies it accused of ordering or engineering the sending of hundreds of millions of scam text messages to mobile phone users.

The messages, which typically promise gift cards to national chain stores or other prizes, are sent to random phone numbers and usually direct recipients to a Web site where they are asked for personal information, including Social Security numbers, credit card numbers or other data, agency officials said.

Rarely, if ever, do consumers receive any actual reward, said C. Steven Baker, the commissionâ€™s Midwest region director. Instead, the Web sites often take consumers through multiple screens that ask them for more detailed information or entice them to sign up for free trials of products, then charge them for shipping and handling… Read More 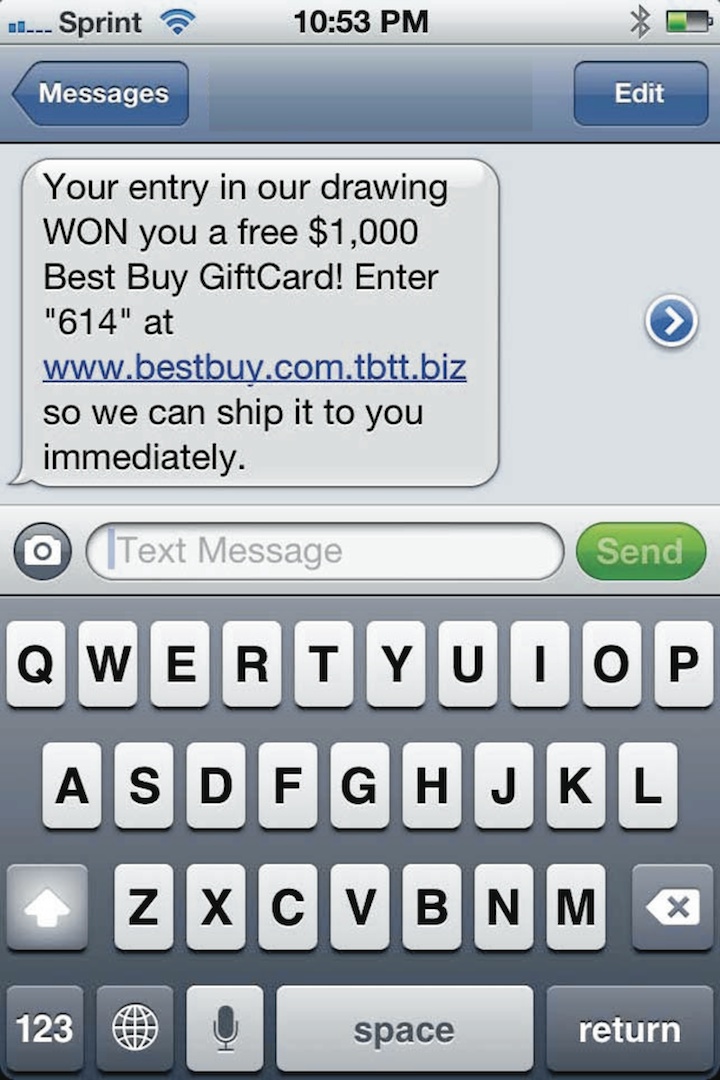