This news really disturbed me 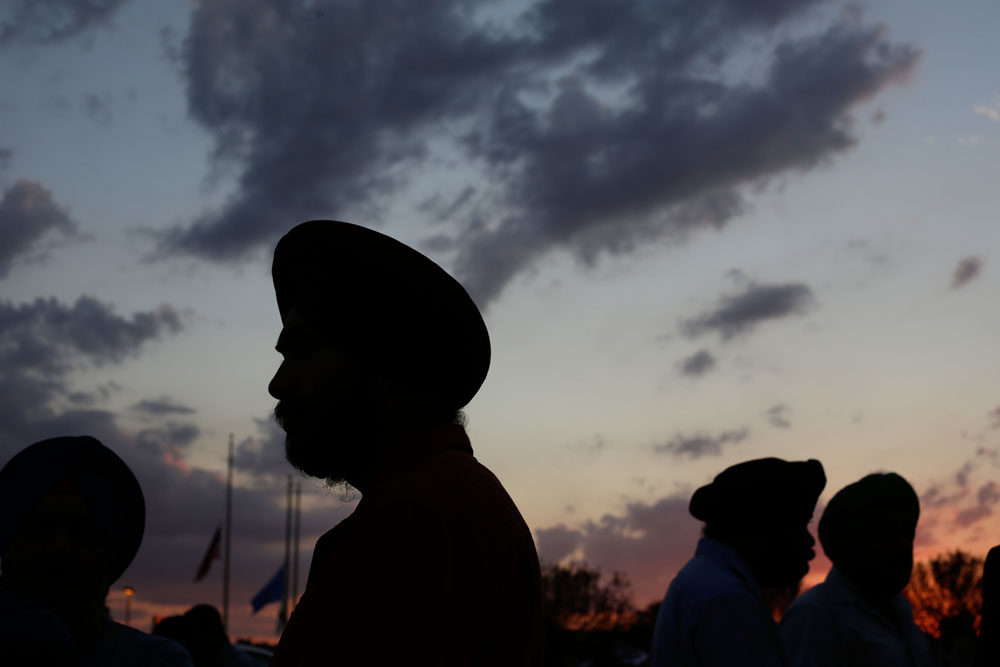 Flags fly at half staff as Sikhs prepare for vigil in Oak Creek, Wisconsin, on August 7, 2012.Ãƒâ€šÃ‚Â  A gunman killed six people and critically wounded three at a Sikh temple in an attack authorities are treating as an act of domestic terrorism. REUTERS/John Gress

It really bothered me this morning when I read that another member of Milwaukee’s Sikh community has been gunned down… they have been through too much.

On Wednesday night, Dalbir Singh was closing his store when three masked people approached and opened gunfire. He was shot in the head and died instantly. This crime fits the profile of thousands of failed attempted robberies in the U.S., except that Dalbir Singh is a turbaned Sikh man in Oak Creek, Wis.

Dalbir Singh was murdered just 10 days after a white supremacist massacred six people ÃƒÂ¢Ã¢â€šÂ¬Ã¢â‚¬Å“ five turbaned men and one woman ÃƒÂ¢Ã¢â€šÂ¬Ã¢â‚¬Å“ in the Sikh gurdwara in Oak Creek. He was one of hundreds of local community members I joined last week to mourn the victims killed in what authorities are calling a hate crime and an act of domestic terrorism.

The killers did not ask for money, nor did they take anything from the store, from what we know so far. Law enforcement has a suspect in custody and is investigating the murder as attempted armed robbery ÃƒÂ¢Ã¢â€šÂ¬Ã¢â‚¬Å“ the crime took place in a depressed neighborhood, and police say thereÃƒÂ¢Ã¢â€šÂ¬Ã¢â€žÂ¢s no evidence of bias. But that offers little relief for Sikhs in Milwaukee and across the country. For us, the murder is experienced as the continued assault on our ability to live, work and worship without fear… Read More

This news really disturbed me