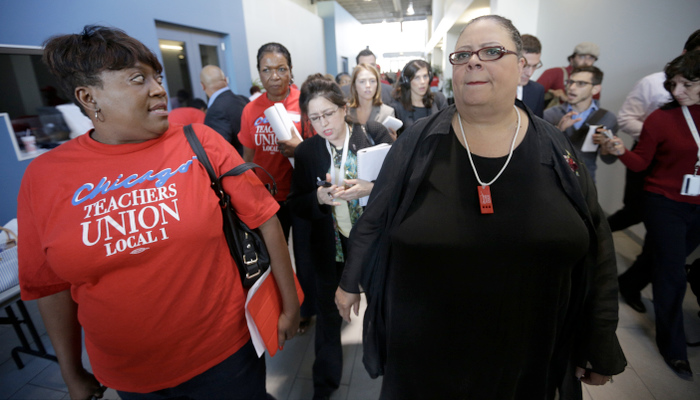 (Reuters) – The Chicago teachers strike, which appeared headed toward a resolution Friday, has underscored a fundamental split over the biggest issue confronting America’s public schools: how to provide a decent education to children mired in poverty.

Across the U.S., poverty is irrefutably linked to poor academic performance. On last year’s national reading exam, nine-year-olds from low-income families scored nearly three full grade levels below their wealthier peers. The gap was nearly as large in math.

The poor performance of poor students accounts for all of the achievement gap between U.S. students and their peers in academic powerhouses such as South Korea and Finland. On the latest international reading test, U.S. teens from more affluent schools were at the very top of global rankings, while those from schools with high poverty rates were near the bottom… Read More 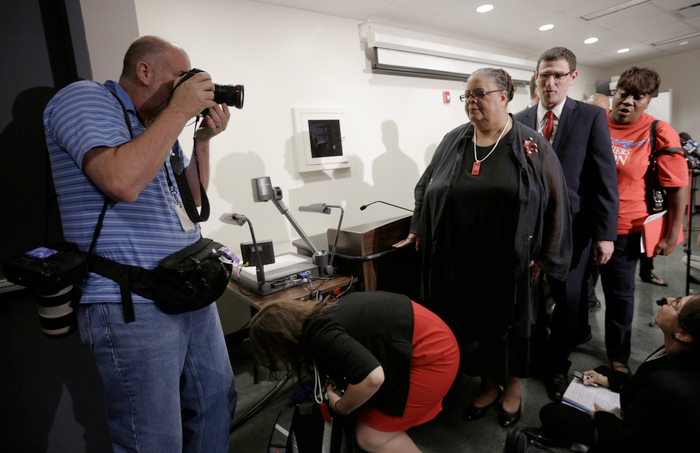 Chicago Teachers Union President Karen Lewis and other union leaders leave a press conference on the fifth day of their strike in Chicago, September 14, 2012. REUTERS/John Gress 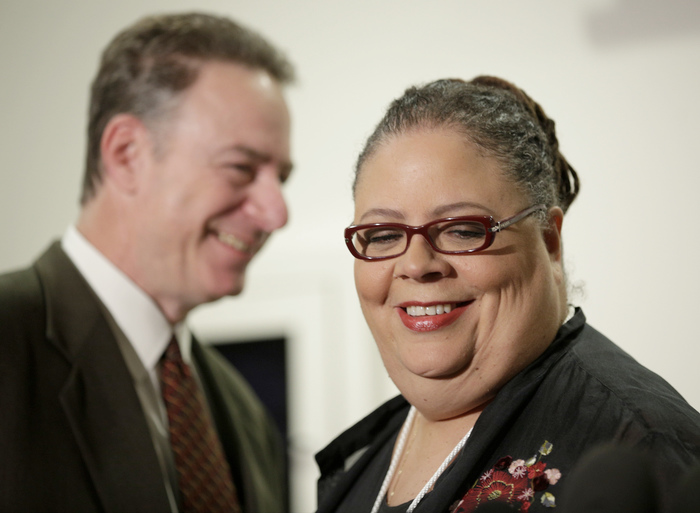 Chicago Teachers Union President Karen Lewis smiles during a press conference on the fifth day of their strike in Chicago, September 14, 2012. REUTERS/John Gress