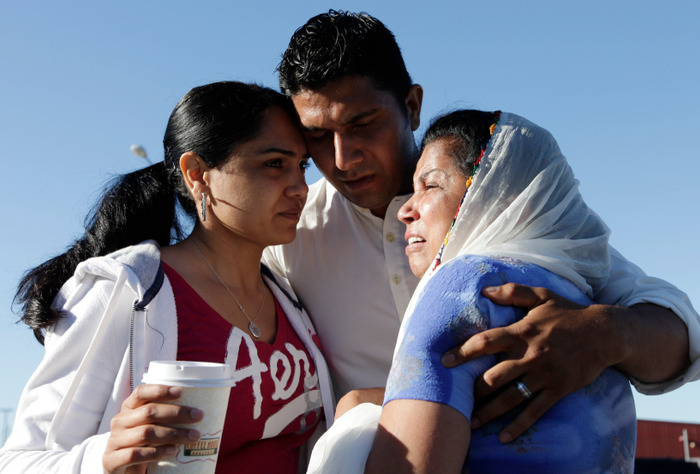 Mourners including Amardeep Kaleka (C), who’s father Temple President Satwant Kaleka was killed, cry outside the scene of a mass shooting in Oak Creek, Wisconsin, August 6, 2012. A gunman killed six people and critically wounded three at a Sikh temple on Sunday before police shot him dead in an attack authorities are treating as an act of domestic terrorism. REUTERS/John Gress

Yesterday was a very long work day for me in Wisconsin covering the horrible Sikh Temple murders. The assignment was made a lot easier thanks to the kindness of the Sikh community. They all seem very glad were here… which almost never seems to happen in these situations. Covering this assignment has been quite interesting. Last night at a Sikh Temple all of the photographers were having to feel their way, trying not to culturally offend our subjects by making missteps based on our unfamiliarity with the Sikh religion.

By Brendan O’Brien and James B. Kelleher

OAK CREEK, Wisconsin (Reuters) – The gunman who killed six worshipers at a Sikh temple in Wisconsin was identified as a 40-year-old U.S. Army veteran and authorities said they were investigating possible links to white supremacist groups and his membership in skinhead rock bands.

The assailant, shot dead by police at the scene on Sunday, was identified as Wade Michael Page. He served as a soldier in the Army from 1992 to 1998, police chief John Edwards said in the Milwaukee suburb of Oak Creek where the 400-member temple is located.

Survivors described women and children hiding in the pantry of the temple’s community kitchen as the gunman stormed through the building. “Everyone was falling on top of one another,” said Parminder Toor, 54, speaking in Punjabi as her daughter-in-law, Jaskiran Kaur, translated… Read More 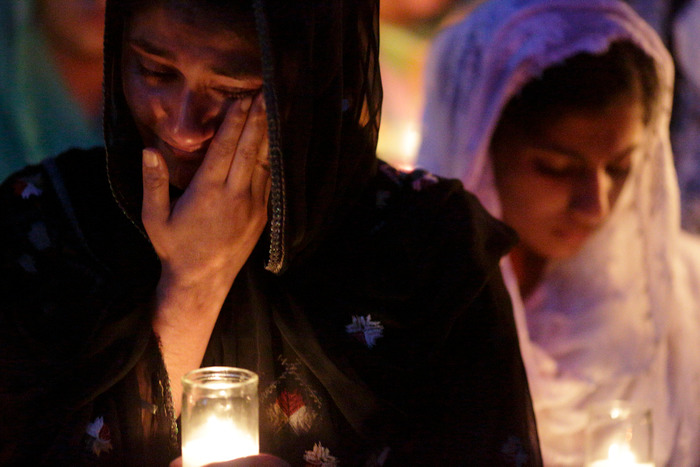 Mourners cry during a candlelight vigil at the Sikh Temple in Brookfield, Wisconsin, on August 6, 2012. REUTERS/John Gress 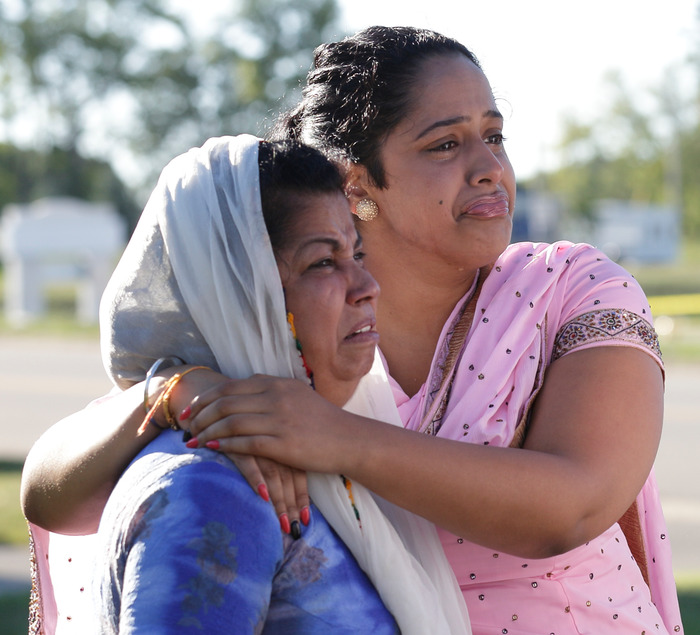 Mourners cry outside the scene of a mass shooting in Oak Creek, Wisconsin, August 6, 2012. REUTERS/John Gress 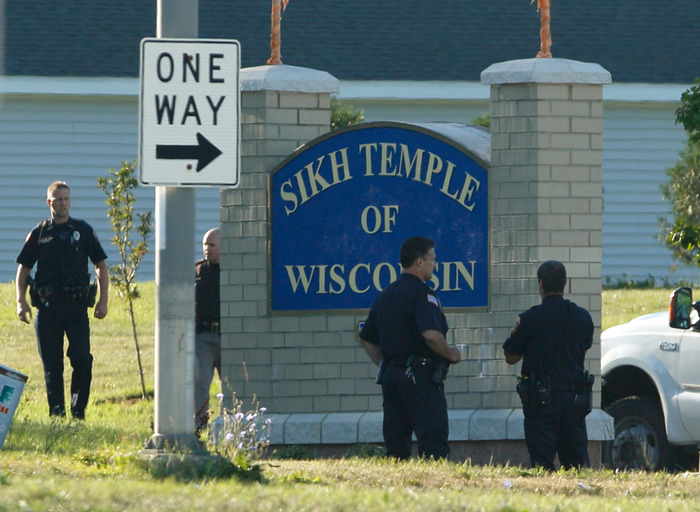 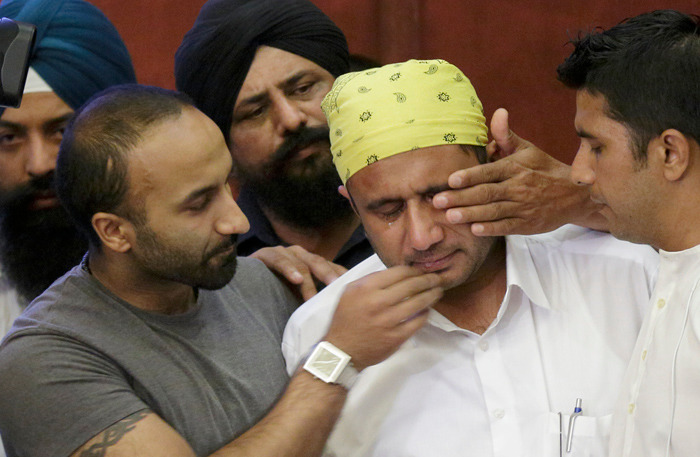 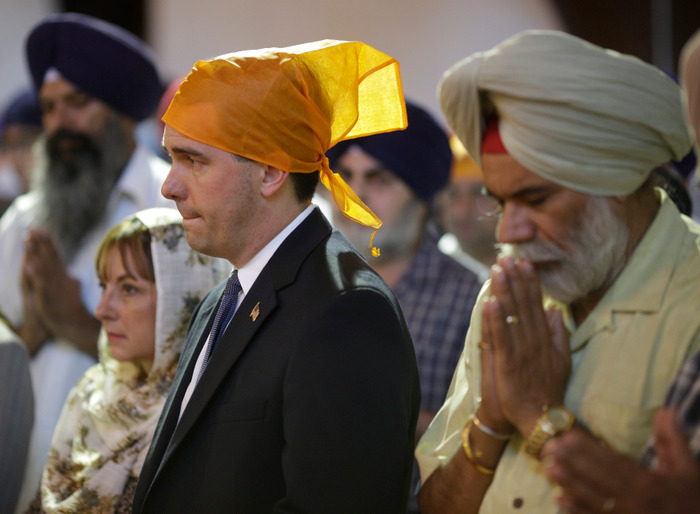 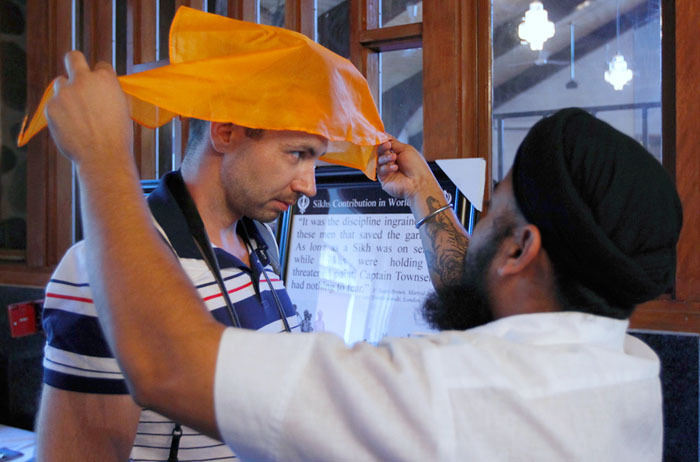 Everyone entering the temple had to have their head covered. Rather than putting it on myself, I asked for help to make sure I wasn't wearing it counter to custom.

Light meters: How flash meters can speed up your workflow and help you properly expose your images