CHICAGO, IL - AUGUST 13: (LEFT) Alexei Ramirez #10 of the Chicago White Sox reacts to getting a strike. (RIGHT) alvador Perez #13 of the Kansas City Royals reacts as he takes the field. (Photo by John Gress/Getty Images)

The players faces were emblematic of my emotions tonight after two rain delays caused the Chicago White Sox – Kansas City Royals game to drag on for more than 5 hours past its scheduled start time. Needless to say, my plans for the evening were all washed up! Chicago won the game 5-4. 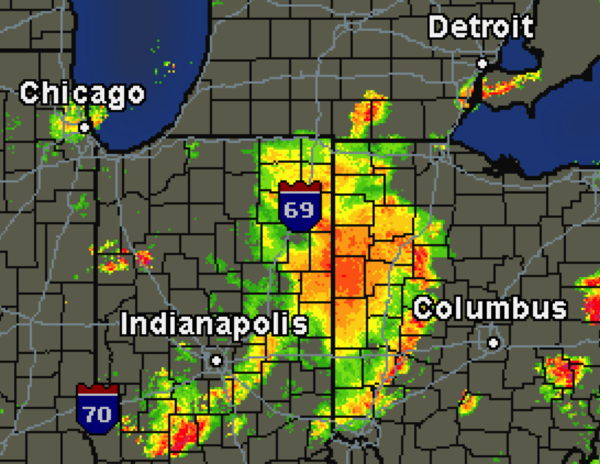 The game started 90 minutes late as we waited for that blob on the right to pass... then we had to wait another 30 minutes thanks to the storm on the left... and for what... 6 meaningless outs. =) But that's baseball! 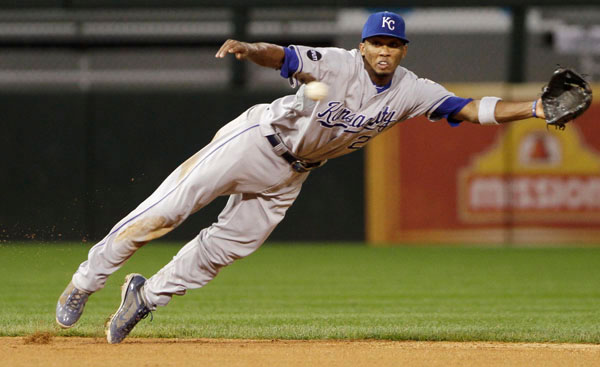 CHICAGO, IL - AUGUST 13: Alcides Escobar #2 of the Kansas City Royals tries to catch a single off the bat of Brent Lillibridge #18 of the Chicago White Sox during the sixth inning at US Cellular field on August 13, 2011 in Chicago, Illinois. (Photo by John Gress/Getty Images)