Notre Dame will be better than you think 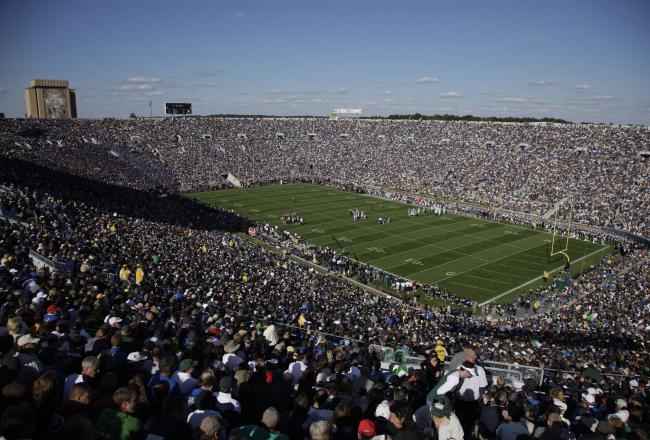 I predicted Notre Dame to go 10-2 in each of Brian KellyÃƒÂ¢Ã¢â€šÂ¬Ã¢â€žÂ¢s first two seasons. Was I that far off? Well, a 15-9 regular season record would probably tell you that I was. However, the Irish were clearly beaten in only four of those losses (Stanford and Navy in 2010, USC and Stanford in 2011).

Two losses to Michigan saw leads slip away in the final 30 seconds. It took a fake field goal (and a slow whistle on the play clock) for Michigan State to stun Notre Dame in 2010. An interception in the end zone against Tulsa six weeks later when a field goal would have won the game was maybe the biggest head-scratcher. Five turnovers in last seasonÃƒÂ¢Ã¢â€šÂ¬Ã¢â€žÂ¢s opener put the Irish too far behind the eight ball against USF to mount a comeback.

My point? 15-9 could easily have been 20-4, and Notre Dame could have spent the holidays in New Orleans and Phoenix instead of El Paso and Orlando. In a 12-game schedule, there is a fine line between a great season and a mediocre season… Read More

Notre Dame will be better than you think