I shot a portrait last night for the ipad newspaper, The Daily.

The drug, a synthetic form of estrogen called DES, or diethylstilbestrol, was prescribed in the 1940s until 1971 under more than a dozen different brand names to pregnant women experiencing everything from miscarriages to nausea.

Fast-forward 40 years later, and some of the daughters of those pregnant women are now adult women getting breast cancer at greatly elevated rates….. Read More 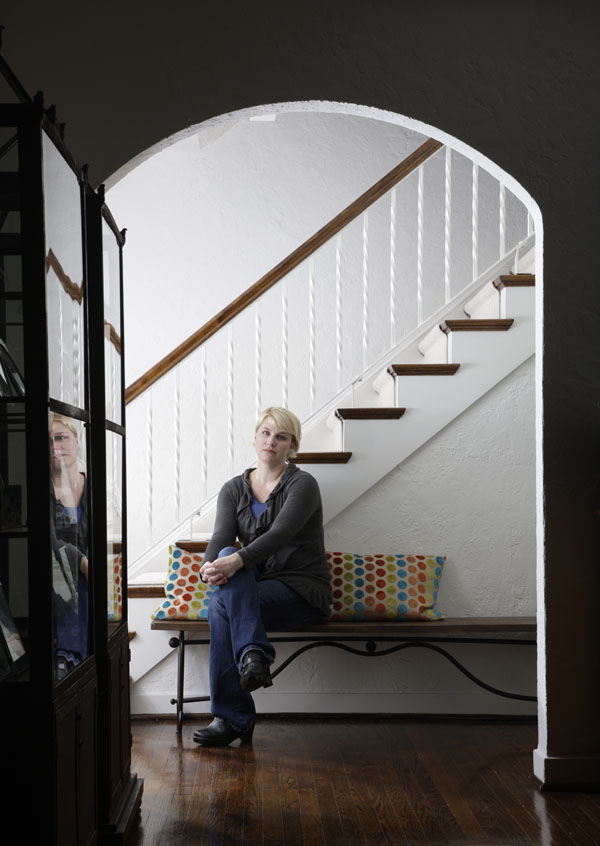 Mary Kaye Kennedy, seen here in her Wilmette, Illinois home, October 6, 2011, attributes her health problems to DES, a synthetic form of estrogen taken by her mother. Photo by John Gress