I can’t say that I have ever taken photos before while riding on a four wheeler. I also can’t say what possessed me to shoot this photo at arms length. But I can say that I’m surprised my knee isn’t in the photo!

Farmer Dale Tuholski was a great sport and so nice showing me around his farm… Who knew I’d be asked to shoot a giant sprinkler in the middle of nowhere. I really showed my city sensibilities when I waited for him to unlock the doors every time we went to hop in his truck. 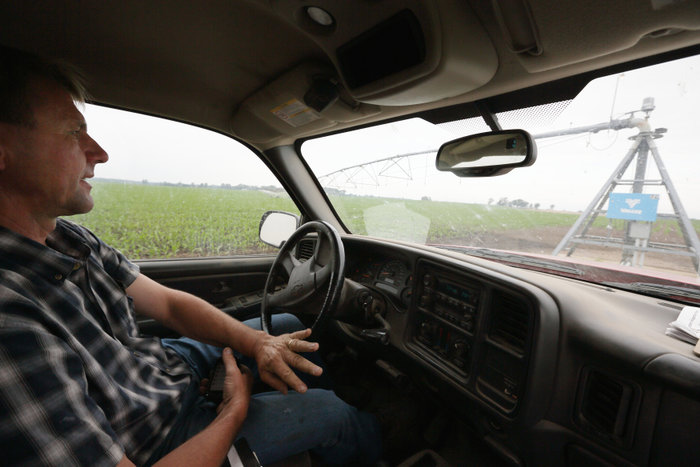 Farmer Dale Tuholski drives through his cornfield next to a new pivot-irrigation system in Mill Creek, Indiana, June 11, 2012. When the weather doesn't cooperate, and the price of corn being what it is, you can't afford to go without rain," said Tuholski, whose family installed seven new pivot-irrigation systems on their farm this year, and they plan to purchase more. REUTERS/John Gress

US farmers hit paydirt with irrigation in arid spring

MILL CREEK, Indiana, June 22 (Reuters) – Bouncing down a county back road, squinting as a blazing sun intensifies one of the hottest, driest Midwest springs ever, farmer Dale Tuholski steers his pick-up truck between fortune and failure.

To his left, new irrigation machinery sprays a fine mist across his corn field in northern Indiana, where emerald green plants sway in the breeze. To his right is a neighbor’s land: the soil dry and dusty, the corn leaves curled.

Amid the warmest first five months of the year since 1894 in the U.S. heartland, a rapidly expanding minority of farmers like the Tuholskis and Kyle Clute – who manages 25,000 acres (1 0,000 hectares) 100 miles (16 0 km) southwest of Tuholski’s farm – are taking out an expensive hedge against increasingly volatile weather: buying new irrigation equipment for their corn or soybean fields… Read More 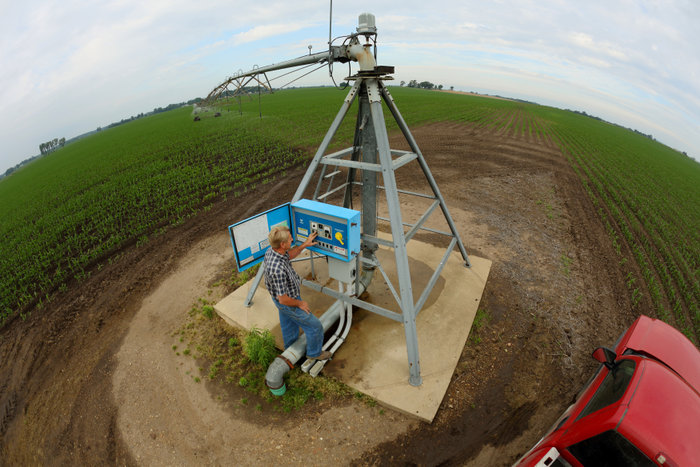 I took this photo with a 15mm Fish-eye lens on a Canon 5D Mark III camera while standing on the truck and holding the camera high above my head, angled downward. The optical properties of the lens (180-degree diagonal view), caused the horizon line to curve. 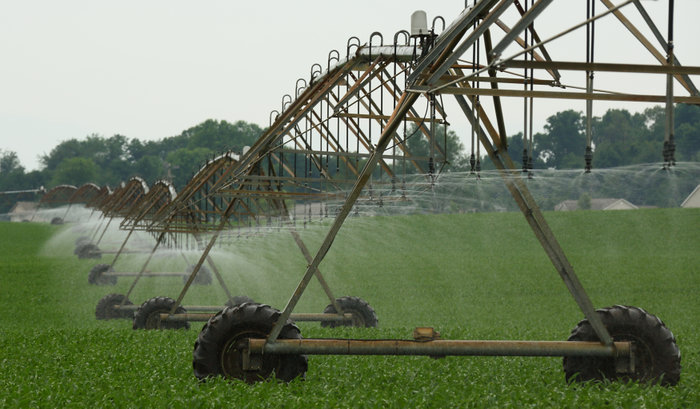 Photography: Some photographers have a reputation for being egomaniacs! Don’t be THAT GUY!

COVID-19: How I made it through the Great Recession as a photographer

Do It Yourself: Learn how to build this studio photography background for less than $100