Glad To Be Home

I just got home from the NCAA Women’s Final 4 in Indianapolis. Texas AM won the title last night, beating Norte Dame 76-70. I am back at my desk for the first time since Friday – its time to open the mail and get to work on my taxes! 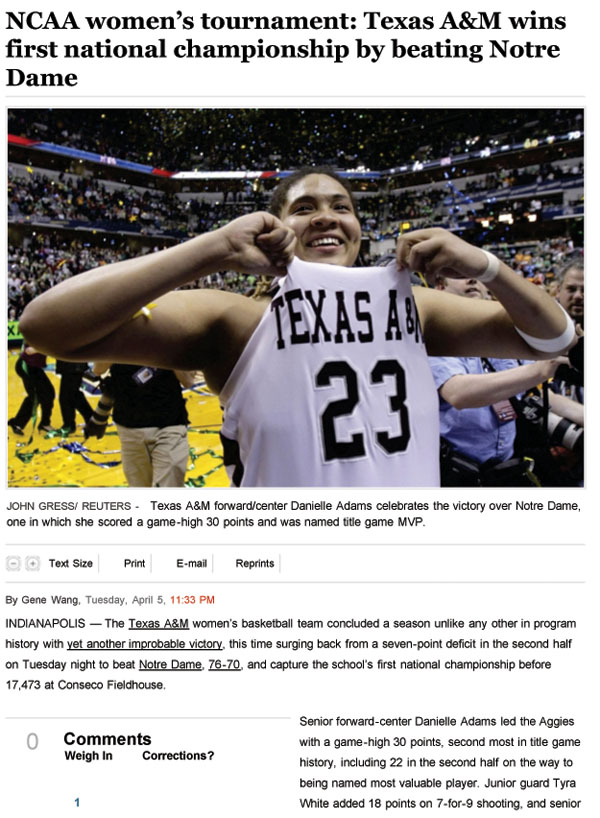 My first music video, “Fallen Leaves” by Marshall Titus, was just released. Check it out and let me know what you think!

Last night I covered the election of Rahm Emmanuel to the Chicago Mayors office for Getty Images. This city has had one mayor, Richard M. Daley, for the past 22 years. When Mr. Emanuel, the former chief of staff to President Obama, takes office it is expected to upend the politics of the city due to his harsh style, his relationships and rivals, and the enormous challenges facing the nationÃƒÂ¢Ã¢â€šÂ¬Ã¢â€žÂ¢s third largest city.

The best way to get over hump day is to jump with model Matthew Enrique!

I have one word to describe how I feel right now: exhausted. For the third day in a row I spent most of my time outside going from point to point photographing various topics depicting the third largest snow storm on record in Chicago.

After Chicago got hit with its third-biggest snowstorm on record, 51.3cm (20.2in) of snow according to the national weather service, I headed out into the streets to take some pictures. Temperatures are expected to drop to -21C (-7F) tonight, with wind chills down to -32C (25F).

I went out today and took photos of Chicagoans weathering the beginning of what could be one of the top five worst winter storms to hit Chicago. Over 50cm (20 inches) of snow could fall by the end of the storm.

About a year ago, I purchased my first cameras that shoot both still photographs and HD video. I now find video to be a liberating medium that will provide me with one more avenue for expression. To that end, I have decided to add a lot of video specific gear to my line-up, including this shoulder mounted camera rig that arrived Saturday and these professional audio accessories that arrived today.

Model Jason C had to tough out a 70-degree air temperature on this fall day when he washed his jeans and my hoodie in Lake Michigan.