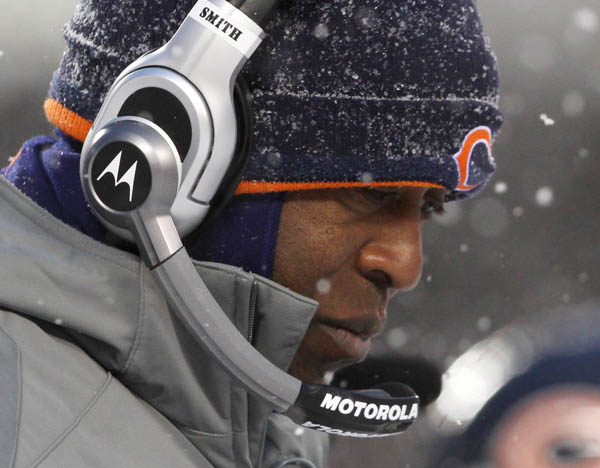 Its hard to believe that Lovie Smith was the coach of the Bears during my entire tenure working in Chicago. Ive seen them choke in regular games and the Super Bowl. I’ve seen them win too, but I don’t know anyone who thought they were a powerhouse as it seems their quarterbacks of late have been sacked more times than they have thrown touchdown passes.

The epitaph for Lovie Smith’s tenure as head coach of the Bears could read, “He couldn’t fix the offense.”

For all the good things Smith did in his nine years in Chicago, his undoing was his inability to take care of the side of the ball in which he had no background.

The Bears fired Smith on Monday after a 10-6 season, Tribune sources have confirmed. They started 7-1 but fell apart down the stretch, mostly because they couldn’t score… Read More