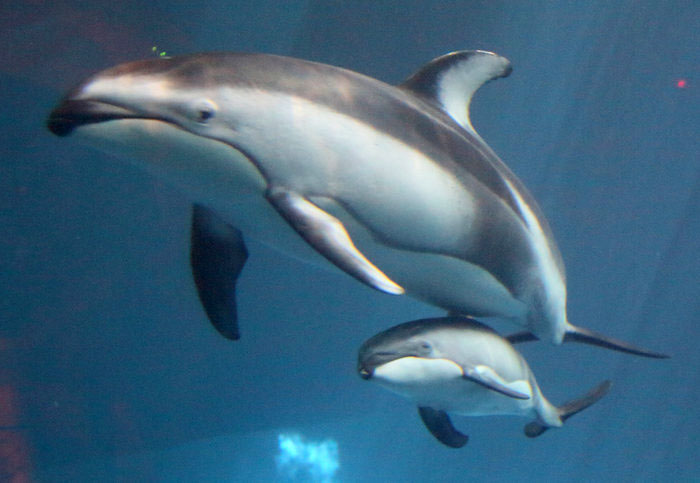 Man was it dark and hard to focus…. If the new baby Pacific white-sided dolphin at Chicago’s Shedd aquarium had a night light to keep him snug at night, its dim bulb would double the amount of light in his tank. Despite the challenges of capturing Chicago’s cutest new resident, I can agree with all of you – he’s adorable.

I tried using prime lenses but shooting at f2, but the shallow depth-of-field really didn’t help to keep things in focus. For most of these photos I used a 16-35mm and 70-200mm. 1/125 f2.8 ISO 6400. Shooting through water and glass in no contrast really does push a redefine what exactly is sharp.

Next time I have a zoo baby assignment, I hope its out doors! 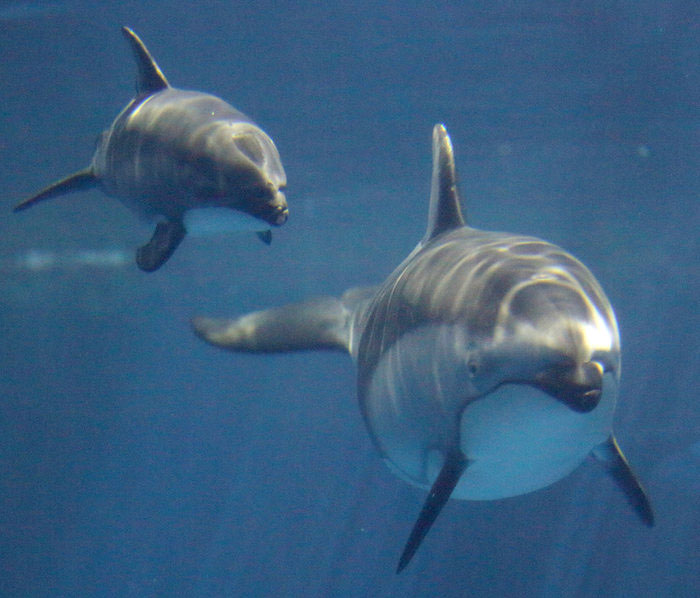 Pacific white-sided dolphin Piquet swims with her two-week-old male calf at the Shedd Aquarium in Chicago, June 12, 2012.Ãƒâ€šÃ‚Â According the the aquarium Less than 24 hours after its birth on Memorial Day, the calf began surpassing several critical milestones to mark the newborn's successful development, including bonding with mom and nursing regularly. Shedd'Ãƒâ€šÃ¢â€šÂ¬Ãƒâ€šÃ¢â€žÂ¢s animal health team estimates that he's weighing in around 30 pounds, which is about 5 pounds more than he weighed at birth. REUTERS/John Gress 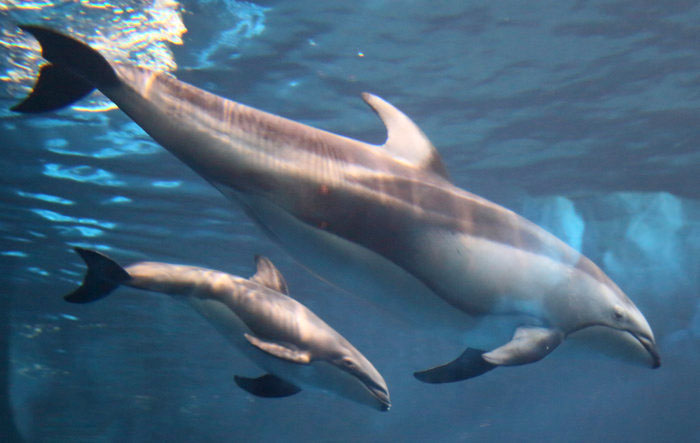