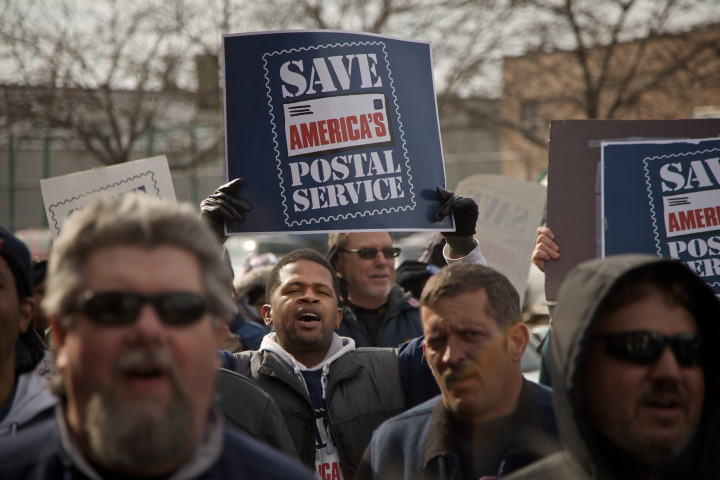 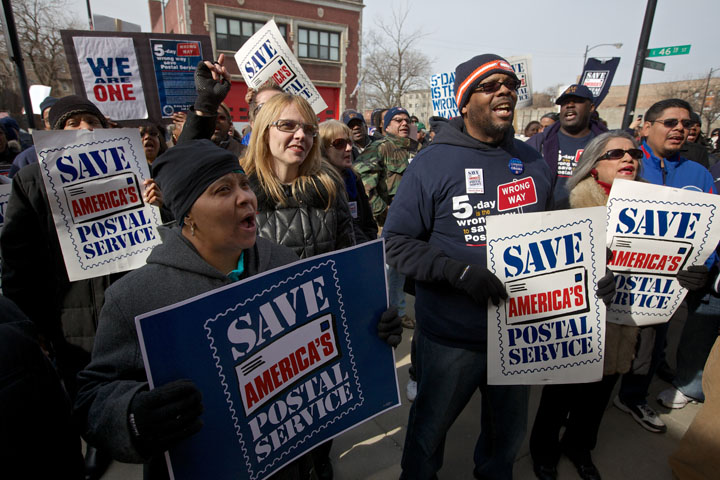 CHICAGO – FEBRUARY 19: Members of the National Association of Letter Carriers and American Postal Workers Union protest in support of Saturday mail delivery outside a post office February 19, 2013 in Chicago, Illinois. The United States Postal Service has announced that they plan to end Saturday mail delivery on August 5th. (Photo by John Gress/Getty Images)

I left home today with two pieces of mail. One a DVD I sold on ebay and the other a disc of images for a client. That may seem mundane enough, except I took it to a protest of postal workers and waded through the crowd to place it in a blue box. Once my hands were free, I got to work capturing the very same people who would probably help deliver my items.

More than 100 postal workers rallied in Chicago Monday to protest a proposed plan to eliminate Saturday mail delivery. Postmaster General Patrick Donahoe announced the cuts earlier this month, and has since gone head-to-head with members of Congress over whether the U.S. Postal Service is authorized to cut six-day service without congressional approval.

Postal carriers have responded with protests across the country. In front of a post office in Chicagoâ€™s Bronzeville neighborhood Monday, mailmen spilled out onto the street holding signs and calling on Postmaster Donahoe to step down.

â€œThereâ€™s a lot of other cost-cutting measures they can try that they havenâ€™t even tried yet,â€ said Janet Rendant, who has been a mail carrier for 25 years. â€œAt least give us a chance, give the public a chance.â€ …Read More

Its not often I shoot a photo of someone looking into the camera during situations like this, but there was just something about her gaze so I had to include it. 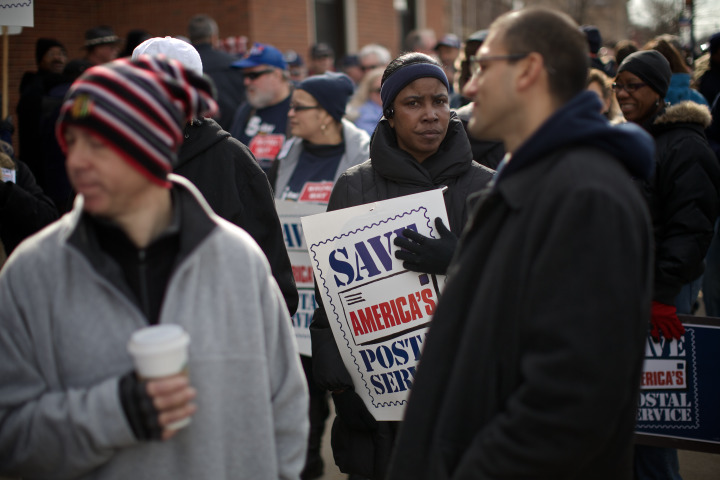 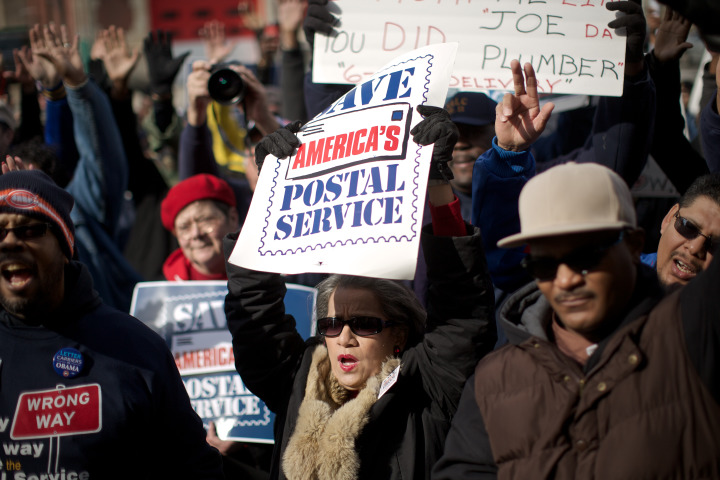