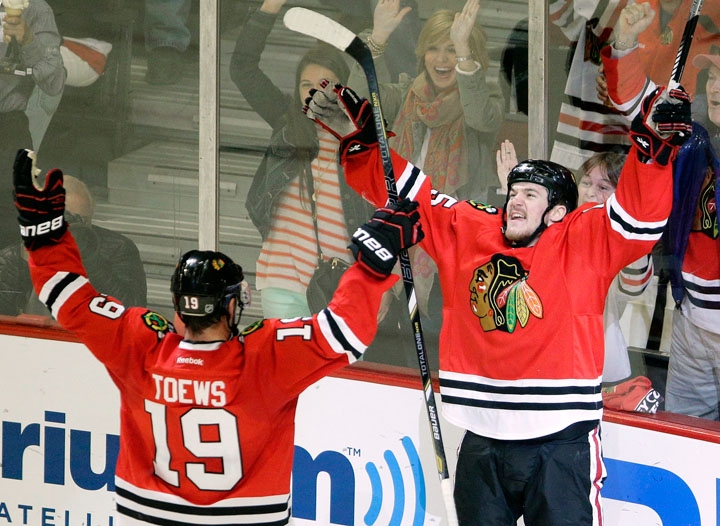 The Blackhawks shot down the Redwings last night and they knocked the dust off of my wings. It has been months since I shot a NHL game and I was happy to find that shooting hockey was like riding a bicycle. I was telling another photographer last night that it took me a few years to figure out how to shoot the game. Once I figured out it was like shooting soccer, but you follow the puck and you follow from time to time where the puck was going, it got a lot easier. 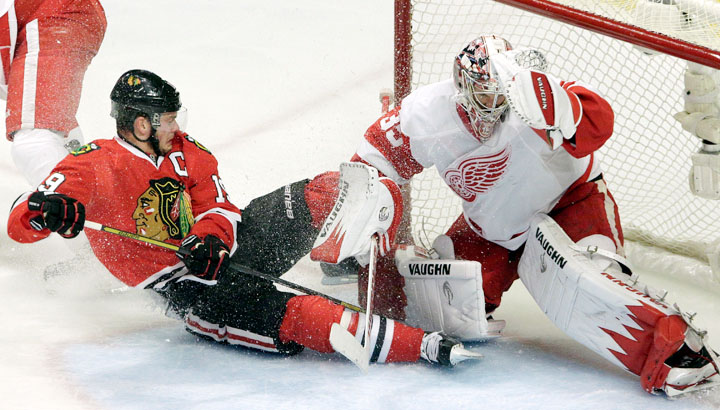 May 25 (Reuters) – Jonathan Toews broke his playoff goal drought as the Chicago Blackhawks staved off elimination with a 4-1 win over the Detroit Red Wings in Game Five of the National Hockey League Western Conference semi-finals on Saturday.

The top-seeded Blackhawks reduced the series deficit to 3-2 against the seventh-seeded Red Wings with Andrew Shaw scoring twice and captain Toews grabbing a crucial goal.