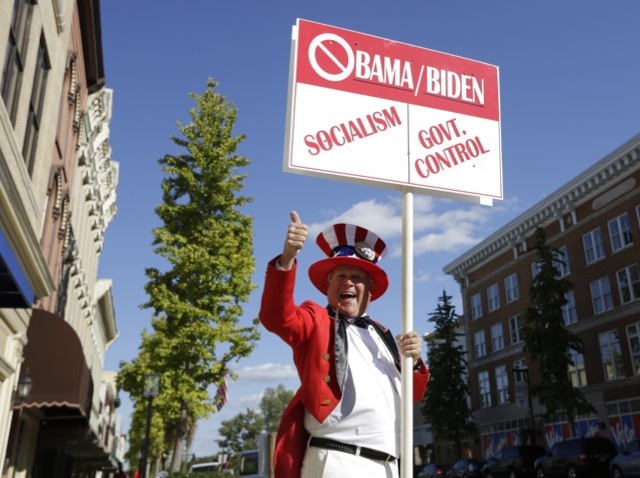 I spent today getting ready for the vice-presidential debate in Danville, Kentucky. Oh, I forgot the 6 hours it took to travel to the middle of nowhere! 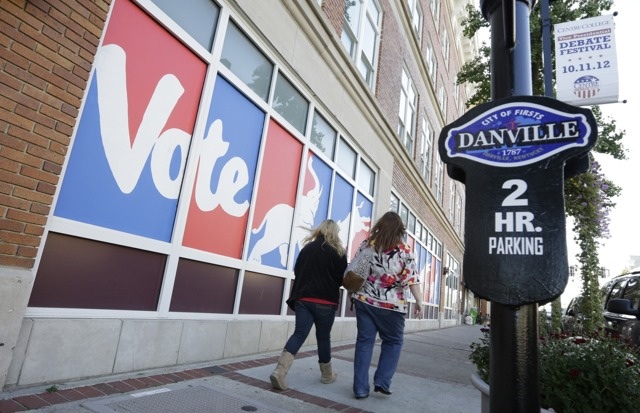 Women walk down a street in Danville, Kentucky, October 10, 2012. U.S. vice presidential debates usually don't matter much, but the October 11 showdown held in the small town may be different REUTERS/John Gress 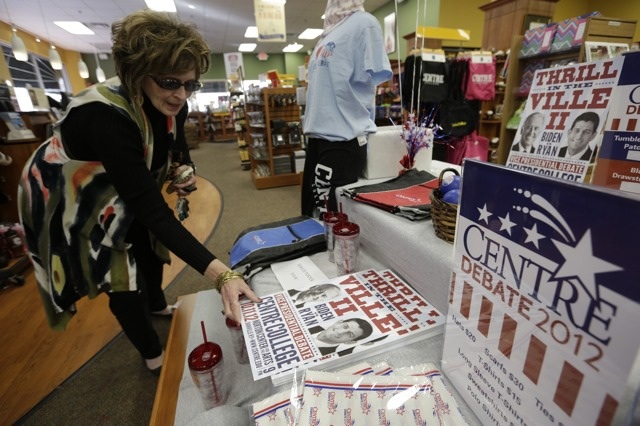 Beaverly Barry picks up a poster in Danville, Kentucky, October 10, 2012, commemorating the vice-presidential debate that will take place on Thursday night. REUTERS/John Gress