Back to school… again 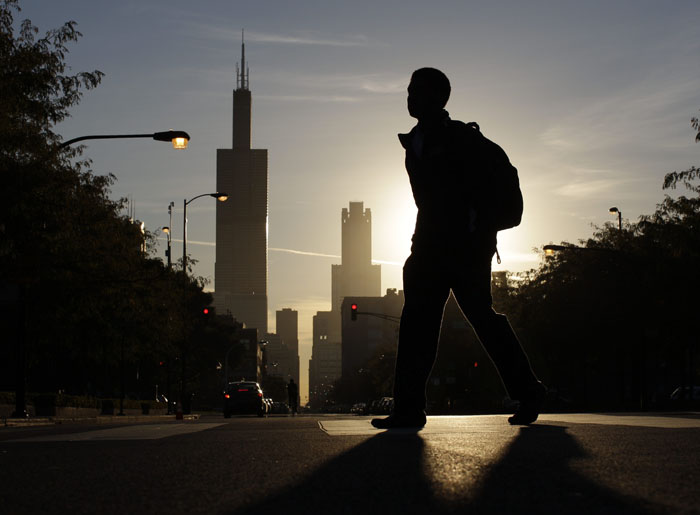 It was nice too see CPS students go back to school today, partly because I was tired of shooting people in red t-shirts (it was like groundhog day) and partly because with the help of my memory and google maps, I found a place on the west side where I could shoot students crossing the street with the Willis Tower (Sears Tower) in the background. I wanted to have the iconic building in the frame because it was the only way that I could visually convey students in Chicago. However, when I turned onto this street, I saw the blazing sun and I knew then that this location was going to result in an interesting silhouette.

One more interesting tid bit: I often have to find creative ways to communicate with people who may not speak English… usually that means trying to speak Spanish and messing things up. This morning I needed to know Tiandre’s name for the caption. Only one catch, when I started talking to him, he said, “I’m deaf.” He then read my lips and I handed him my phone so he could type his name… that made my day. 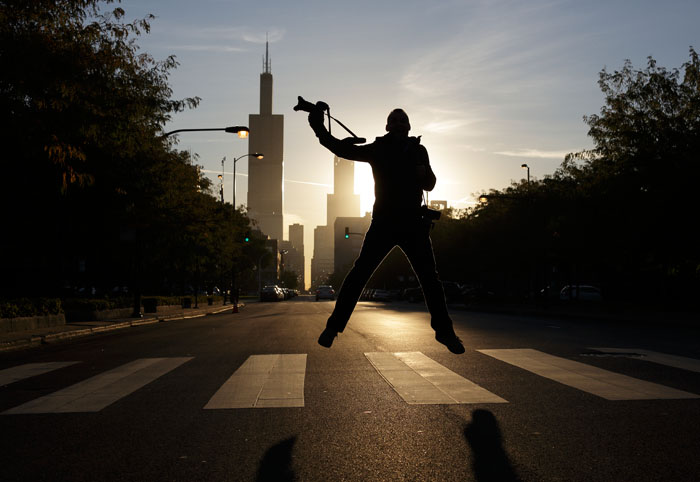 My friend Kamil Krzaczynski stands-in so I can check focus and exposure. We had to watch each others back so we wouldn't get hit by drivers who were blinded by the sun.

Back to school… again